WASHINGTON, Mar. 1, 2017 - DaNita Murray has some added responsibility on the majority staff of the Senate Agriculture Committee. The South Dakota native has been working as senior counsel for the committee. Now she’s added the title of policy director. Murray earned her undergraduate degree from South Dakota State and her Juris Doctor from Drake University Law School.

Good luck to Tyler Brown, who’s been promoted to legislative correspondent on the staff of Sen. Joni Ernst. The Sioux City native will be working on issues ranging from agriculture and nutrition to trade. Brown previously was a legislative assistant in the Iowa Republican’s office.

Don Canton is retiring after six years on the job as communications director for Sen. John Hoeven, R-N.D. He’d previously held the same position for more than nine years under Hoeven when he was governor of North Dakota. Canton’s replacement is Kami Capener, who’s been Canton’s deputy. Alex Finken is taking the lead on communications in the state of North Dakota.

The Food Institute at George Washington University has taken on two former USDA executives as senior fellows working on a variety of food, agriculture and sustainability initiatives. Elanor Starmer is a former administrator of the Agricultural Marketing Service, and Ann Mills is a former deputy under secretary of Natural Resources and Environment.

Bethany Erb is starting a new job as the D.C. government affairs rep for Pheasants and Quail Forever. She’s been working as Western advocacy and outreach manager for the Land Trust Alliance. Erb, an alumna of California Polytechnic State University, San Luis Obispo, came to the nation’s capital back in 2005 and spent a couple of years working in Rural Development at USDA.

The National Wild Turkey Federation has honored attorney Carol Bambery with its Lynn Boykin Hunting Heritage Award. NWTF says Bambery, from Prosperity, South Carolina, has had a distinguished career “teaching others and defending laws protecting wildlife and the wild places we enjoy.”

The American Feed Industry Association is welcoming Jenny McFarland as the new executive assistant to President and CEO Joel Newman. McFarland will also be handling administrative duties for AFIA's foundation, the Institute for Feed Education & Research. She joins AFIA from the Associated General Contractors of America.

Paul Kruse, who led Texas-based Blue Bell Creameries through its food safety crisis in 2015, is retiring. Kruse joined Blue Bell in 1986 and became president and CEO in 2004, taking over the role from his uncle Howard Kruse. Ricky Dickson, who most recently served as Blue Bell’s vice president of sales and marketing, has been named president. He’s the first president not from the Kruse family to lead Blue Bell since 1919, according to the Houston Chronicle. The resignation comes almost two years after Blue Bell was forced to halt production and issue a mass recall following a listeria outbreak linked to its ice cream. An investigation by the Centers for Disease Control and Prevention eventually connected Blue Bell products to 10 cases of listeriosis in four states. Three people died.

Eddie Keturakis has been named executive vice president for business development with Cultivating New Frontiers in Agriculture, a nonprofit that promotes farming in foreign countries. Keturakis, a former Peace Corps volunteer in Niger, most recently served as a senior agribusiness specialist for the International Finance Corp., part of the World Bank Group. In that position, he worked with the ministries of agriculture and commerce in more than 20 Asian and African nations, CFNA says.

The National Cotton Council has honored former NCC president and CEO Mark Lange with the Harry S. Baker Distinguished Service Award, which recognizes “extraordinary service, leadership and dedication to the U.S. cotton industry.” Lange served in NCC’s top leadership positions from 2003 until his retirement in 2015. Before joining the NCC in 1990, Lange was an associate professor of agricultural economics at Louisiana State University. The Harry S. Baker award is named for the late California industry leader and past NCC president.

Todd Allen, a cattle feeder from Newton, Kansas, is the new president of CattleFAX for 2017. He was elected at the organization’s recent annual business meeting in Nashville. Dale Smith, a stocker operator from Amarillo, Texas, was chosen as president-elect. Nick Hunt of Atlantic, Iowa, was elected to replace Jamie Willrett of Malta, Illinois, representing the Midwest region. Don Quincey of Chiefland, Florida, was re-elected to a four-year term representing the Southeast region.

U.S. Ambassador to the United Nations Nikki Haley has officially recommended former South Carolina Gov. David Beasley to be the next executive director of the World Food Program. Haley also was a South Carolina governor. The recommendation was presented to the UN Secretary General, who makes the decision. If appointed, Beasley would succeed another American, Ertharin Cousin, a Chicago native and Democratic Party operative who previously served as U.S. Ambassador to the UN Agencies for Food and Agriculture.

Congratulations to Madison Laney on being crowned the National Watermelon Queen at the National Watermelon Association’s annual conference last week in Nevada. Laney, a University of Alabama senior majoring in human environmental studies, will serve as the industry’s public relations representative, promoting watermelon at events organized by the National Watermelon Promotion Board. Seven state watermelon queens competed for the honor in a contest including speeches, interviews and a beauty pageant, from which a panel of industry judges chose the national queen.

U.S. egg producers are mourning the death of Thomas “Big Tom” Hertzfeld, who passed away Feb. 24 at the age of 79. Hertzfeld, the president of Hertzfeld Poultry Farms in Grand Rapids, Ohio, served on the American Egg Board for23 years, with three of those years on AEB’s executive committee. 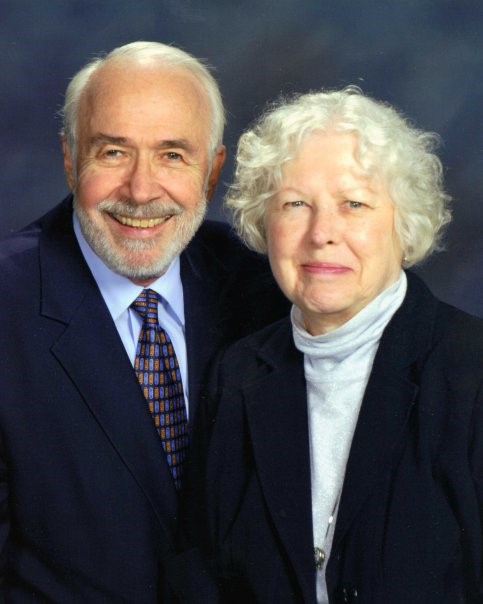 Marilyn Webster, the wife of Agri-Pulse contributing editor Jim Webster, died this week in Arlington, VA. after a short battle with cancer. She was 77. Marilyn, who hailed from North Dakota, helped Jim get his newsletter, The Food & Fiber Letter, started back in 1981. Both were avid fans of the Washington Nationals and frequently attended home games as well as spring training. She is survived by four children, nine grandchildren and four great-grandchildren.