WASHINGTON, Mar. 2, 2017 - Pacific Ethanol CEO Neil Koehler was honored with the Renewable Fuels Association’s 2017 Industry Award. The award is given annually to individuals who demonstrate “great dedication and innovation” within the industry.

“Neil has been a longtime fixture in the U.S. ethanol industry and consistently been an early adopter of new technologies,” says RFA President and CEO Bob Dinneen.

“Pacific Ethanol has helped to lead the industry in the transition to low carbon renewable fuels, and Neil has been one of our industry’s best and most vocal advocates. On behalf of the RFA, we congratulate Neil on his achievements. This award is well deserved.”

Koehler, who is also vice chairman of the RFA board of directors, was presented the award last week during the 22nd annual National Ethanol Conference in San Diego. 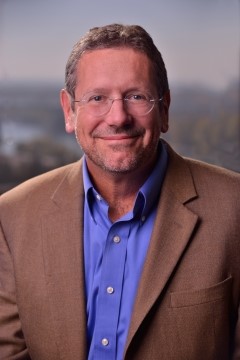 Koehler was the co-founder and general manager of Parallel Products, California’s first ethanol production company, which made ethanol from beverage waste. He also founded Kinergy Marketing, an ethanol marketing company, before forming Pacific Ethanol in 2003.

Pacific Ethanol’s initial focus was on destination ethanol plants, building facilities on the West Coast – not in the Midwest, where the corn is grown and plants were traditionally built, RFA notes.  The company now owns eight biorefineries with a combined production capacity of 515 million gallons per year, RFA says.

As CEO of Pacific Ethanol, RFA notes that Koehler has “embraced cutting edge technologies” to improve efficiencies and reduce the company’s carbon footprint. Pacific Ethanol was one of the first companies to begin producing cellulosic ethanol, at its Stockton, California, plant in late 2015, and will be the first ethanol company to install a commercial solar electricity system at its Madera, California, ethanol plant.

“From Henry Ford to Jimmy Carter to Donald Trump, renewable fuels have always been at the forefront of transportation policy,” says Koehler.