Initial reports on the Trump budget proposal set for release next week show U.S. EPA facing a 25 percent cut from $8.2 billion to $6.1 billion for fiscal 2018, which starts in October. The cuts are being planned to offset an additional $54 billion the new administration wants allocated to military spending. 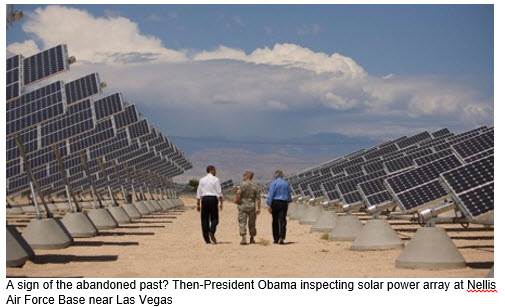 If the new budget plan follows the advice and savings estimates in the conservative Heritage Foundation’s 180-page Blueprint for Balance report, it would get rid of: nine EPA climate programs (to save $13.7 billion); the Land and Water Conservation

In response, Massachusetts Institute of Technology President Rafael Reif insisted at the eighth annual ARPA-E Energy Innovation Summit near Washington, D.C., last week, that “support for basic science and applied science is not a luxury we can afford when we are rich. It’s basically an investment in our future. ... If we stop investing in basic science, forget about innovation.”

“If federal funding to basic research disappears, the whole thing dies,” Reif warned. “It is not just about milking the fruit of the trees, it is about planting the seeds for the tree.”

There’s also pushback in Congress. House Minority Leader Nancy Pelosi warns that if President Trump slashes other federal programs to offset increased military spending, he will undermine “our ability to meet the needs of the American people and win the jobs of the future.” She adds that the president’s proposed cuts would result in “surrendering America’s leadership in innovation, education, science and clean energy.”

Echoing Pelosi’s warnings, Rep. Paul Tonko, D-N.Y., introduced his Scientific Integrity Act, H.R. 1358, last week. The bill states that “science, the scientific process, and the communication of science should be free from politics, ideology, and financial conflicts of interest,” that federal agencies should “prevent the suppression or distortion of the data and findings,” and ensure that “scientific conclusions are not made based on political considerations.”

Among the bill’s 76 co-sponsors, Rep. Eddie Bernice Johnson, D-Texas, said, “I am concerned about the increasing suppression or denial of widely supported and tested scientific findings by some government and private sector leaders because of politics, ideology, or financial conflicts of interest.”

The scientific community is organizing its own response. Earth Day on April 22 will include the March for Science, designed to build support for science and federal research. With the main march taking place in Washington, some 300 other marches are planned both in the U.S. and overseas. The marches’ message is that “People who value science have remained silent for far too long in the face of policies that ignore scientific evidence and endanger both human life and the future of our world. New policies threaten to further restrict scientists’ ability to research and communicate their findings. We face a possible future where people not only ignore scientific evidence, but seek to eliminate it entirely.”

In the accelerating efforts to prevent or limit budget cuts, advocates of federal research have shifted their stated reasons for support. Their previous climate-change warnings are being replaced by job-creation promises now that the wind and solar power industries have become the leading source of new jobs in many parts of the U.S.

Before the surprise outcome in the 2016 elections, a top reason to support research was climate change. The argument was that the federal government should prioritize climate-change research before global warming becomes irreversible. A related reason was that the U.S. needs to invest because without significant federal investment, China will dominate renewable energy development.

In the pre-Trump approach initiated by President George W. Bush and actively pursued by President Barack Obama, renewable energy dominance would deliver game-changing economic and natural security benefits. The concern was that if the U.S. relinquishes its lead role, then China would reap the greatest benefits from developing low-cost wind, solar power, and biofuels. The leader in this race would benefit from cheap energy, making it more competitive internationally, improving national security, and generating profits from selling its clean energy technology and equipment to other countries. An added bonus would be reversing the rising health costs related to air, water and soil pollution from using fossil fuels.

With the arrival of the Trump administration and its promises to create “millions of new jobs,” one of today’s top arguments for continuing federal energy research is that research creates well-paid jobs.

ARPA-E hasn’t yet matched what its Defense Department predecessor, the Defense Advanced Research Projects Agency (DARPA), fathered: the Internet and GPS. But 56 ARPA-E projects have formed new companies and 68 have partnered with other government agencies for further development. Commercial successes include Arizona’s Fluidic Energy supplying long duration metal-air batteries “backing up critical loads worldwide in the harshest environments on the planet,” and New York state’s 1366 Technologies promising “Solar at a cost less than coal.”