But a new study suggests that crop insurance premium subsidies may keep food prices a little lower than they otherwise would by encouraging farmers to produce more than they would without the coverage. That means that subsidized crop insurance appears to modestly lower the cost of nutrition programs as well as helping people eat. Put another way, eliminating crop insurance subsidies could raise the cost of food, according to the study by Jayson Lusk, an economist at Oklahoma State University.

“The underlying assumption is that the premium subsidy lowers the marginal cost of production, which encourages more production than would otherwise be the case”, he told Agri-Pulse. 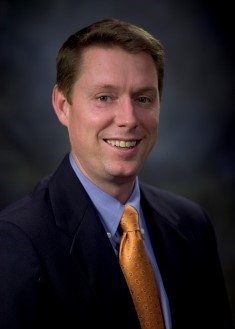 Lusk analyzed the cost of premium subsidies in 2013 to see who would benefit and who would be harmed if the assistance to farmers were taken away. Taxpayers would obviously save money, but farmers, consumers, foreign buyers and the biofuel industry would all lose money, according to his analysis.

“Virtually every aggregate group benefits: domestic food consumers, foreign buyers, and agricultural producers. The only aggregate loser is the taxpayer, and the effects of crop insurance subsidies on taxes paid are probably more diffuse and much less transparent than the effects on food and commodity prices,” says his report, which is to be published in Applied Economic Perspectives and Policy.

The impact of premium subsidies – which work as discounts on the amount that farmers pay for crop insurance - varies widely depending on the crop and the policy. The price of corn, which is primarily used for livestock feed, would rise by nearly 5 percent if the subsidy were withdrawn, which would hurt livestock operations as well as foreign customers and ethanol producers.

Lusk says that removing subsidies would lead to at least small price increases for all foods, with the largest increase, of 1 percent, for eggs. Meat prices would be about 0.55 percent higher. Fruit and vegetable growers also benefit from the insurance, so prices for those crops would rise by 0.67 percent, Lusk found. The price of dairy products would be 0.14 percent higher.

University of Illinois economist Craig Gundersen, who edits the journal that is publishing Lusk’s findings, notes that even minor increases in the cost of food can make it harder for poor people to eat healthfully. “Subsidies help drive down prices,” he said at the annual National Anti-Hunger Policy Conference sponsored by Feeding America and the Food Research and Action Center. Getting rid of them “is not going to make things better for poor people.”

The study could be used to bolster the case that House Agriculture Mike Conaway, R-Texas, has been trying to make that consumers benefit from farm bills. “The American consumer is the biggest beneficiary of what you guys do day in and day out,” Conaway told the group. Consumers “need to be at the table telling the rest of the world why we need” farm programs.