Home » After all these years, quinoa catching on with high-altitude US farmers
Food Trade

After all these years, quinoa catching on with high-altitude US farmers

WASHINGTON, Mar. 22, 2017 - Production of South America’s pseudo-grain, quinoa, is riding into North America on a wave of health-food enthusiasm, with farmers from the Sierra Nevada and Rocky Mountains to Canada’s dry Northern Plains and even western Ontario trying their luck at the crop.

Though grown by the Inca 5,000 years ago and called the “Mother of All Grains,” quinoa didn’t catch on with U.S. consumers until the 21st century. Now, however, food makers are pouring quinoa, with its reputation as a “complete protein,” into nutrition bars, ready-to-eat cereal, oatmeal, gluten-free bakery items, tortilla chips, crackers, trail mix, salads and side dishes.

“Between the fourth quarters of 2014 and 2016, 176 percent more operators among our top 500 (restaurants) are offering salads with quinoa,” said Maia Chang, senior research analyst for Technomic, a food industry research and consulting firm. Also, its most recent check with those restaurants found that “27 percent of consumers who order soup would order quinoa in their soup,” she said. 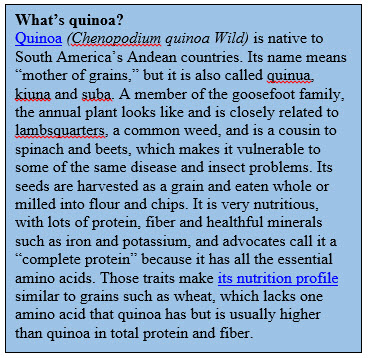 Farmers in both South and North America are responding briskly to the surging demand, though production records aren’t awfully precise. The UN Food and Agriculture Organization (FAO) has a rough count for South America (see graph), where output is jumping, largely to supply consumers in America, where imports have zoomed up 126 percent since 2012.

The U.S. Department of Agriculture doesn’t survey quinoa acres, but some millers are reporting big increases in farmer-contracted acreage. For example, Lundberg Family Farms, based in Richvale, California, reports an expansion of its network of growers from just 40 acres contracted in 2014 to 800 acres last year. Its growers harvested 2 million pounds of organic quinoa in 2016, and Lundberg has varietal trials going to expand its production areas in the West, for example, in Idaho.

Meanwhile, earlier this month, Ardent Mills, which was formed three years ago in a consolidation of regional milling operations by Cargill, CHS Industries and ConAgra Mills, has announced a new line of quinoa products, Great Plains Quinoa. Before joining Ardent Mills, ConAgra Mills had marketed quinoa as part of its Ancient Grains line for a decade. Ardent Mills also announced an agreement with Joe Dutcheshen, quinoa grower and founder of Saskatchewan-based Northern Quinoa Corp., for production of the crop in Alberta, Saskatchewan and Manitoba. Further, the company says it is offering customers two-year contracts. 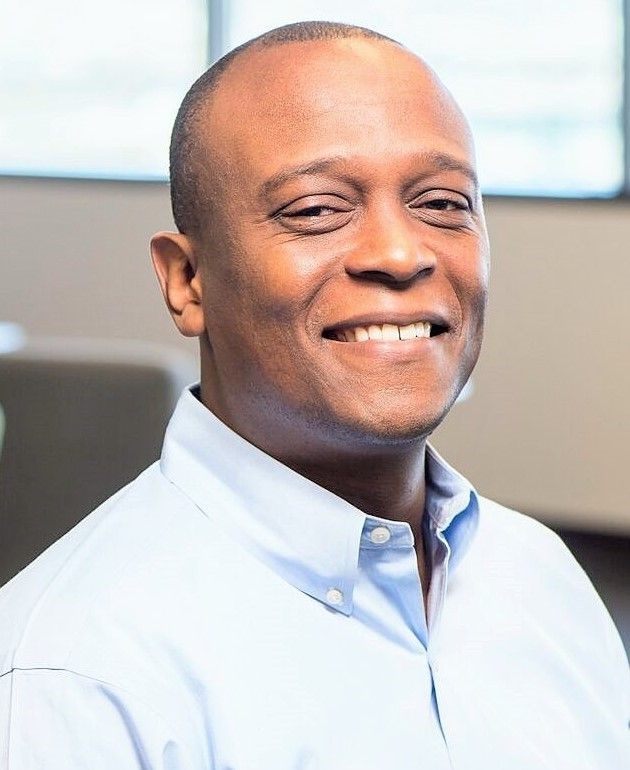 Quinoa has long been considered a high-elevation crop, and Zachery Sanders, Ardent Mills’ director of marketing, notes that Denver, where Ardent Mills is headquartered, is at nearly 6,000 feet above sea level. Such an elevation plus “cooler climate, arid conditions; those are the kinds of areas we target,” he said, though most of the Canadian prairie provinces are at much lower elevations than Denver. Sanders said the new deal with Canadian growers means Ardent Mills now has the “largest network of growers in North America,” and the company has “aspirations to start growing in the United States” as development of new quinoa strains permits.

Quinoa is difficult to grow, but it attracts high prices, though millers don’t like to say what they pay farmers. Varieties and quality of quinoa can vary a lot. Sanders said South American varieties are usually white and seeds are larger than the crop that Ardent Mills growers produce, which has a “tan, creamy color . . . with more of a pop or snap” in the mouth when eaten.

Meanwhile, much farther east and at much lower elevations, in western Ontario, Jamie Draves started growing a new variety, Quinoa Quinta, about four years ago. He says that his Katan Kitchens has bred very high nutritional components, such as 18-20 percent protein and unusually high minerals content, into his variety. He began marketing it just last year – on line at a pricey $11 a pound. He added a grower in southern Alberta in 2016, who was able to harvest 2,000 pounds per acre, he reports.