WASHINGTON, Mar. 22, 2017 - There is a whale of a lot more needed than a robust farm bill to build the kind of substructure needed to sustain America’s rural and agricultural economy, according to the speakers on a rural infrastructure panel at the Farm Bill Summit sponsored by Agri-Pulse this week in Washington. 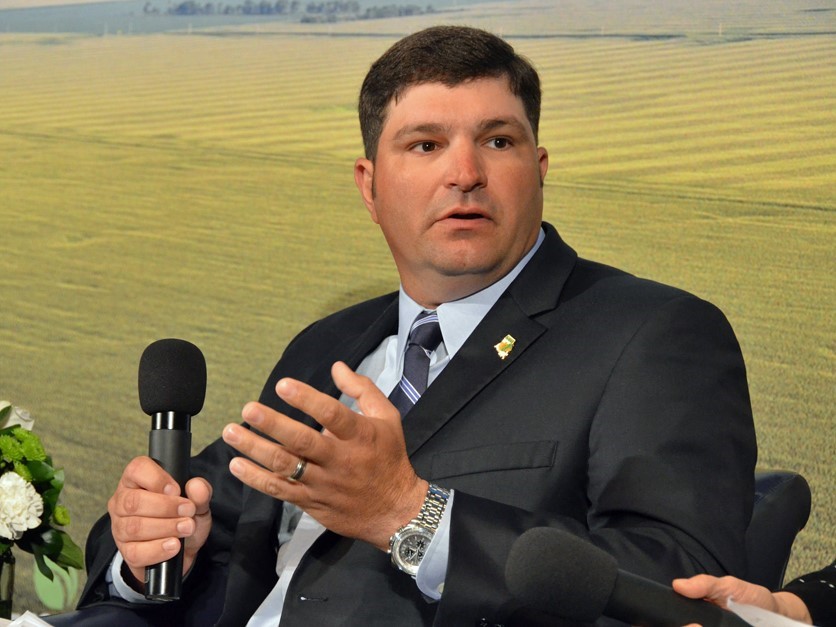 The panel did, of course, discuss ways USDA funding can build infrastructure, including investment in research and incentives for beginning farmers. Travis Medine, a fifth-generation Louisiana sugarcane farmer, said many years of investment in sugarcane research contributes significantly to the ability of growers in his area to efficiently and profitably produce their crop in the most northerly cane production area in the Northern Hemisphere.

The farm bill can help with things such as its credit programs and regulatory cutouts for beginning farmers, too. “Any investment in young farmers is a step in the right direction,” Medine said.

Agriculture’s need for improving infrastructure is indeed broad, said Leif Magnusson, president of CLAAS Global Sales Americas and chairman of the Association of Equipment Manufacturers. A new AEM industry report shows 114,000 U.S. jobs are tied to the agricultural equipment industry, and that, as Magnusson put it, his industry and agriculture are “tied at the hip when it comes to the viability and future of farmers and ranchers.”

Magnusson said recent U.S. administrations have not made improving infrastructure a priority, and thus the advantage America has held in the transport of products – via roads, rail and waterways – is disappearing. “We have to get serious about reclaiming our infrastructure advantage,” he declared, especially in the telecommunications and high-speed internet arenas. “High-speed broadband is essential for our machines and farmers to operate effectively,” he said.

Laura Batcha, executive director of the Organic Trade Association (OTA) and a certified organic producer and handler herself for more than 20 years, strongly agreed.

“I don’t think you can have a revitalized rural community that is going to attract young people to it without high-speed internet service,” she said. 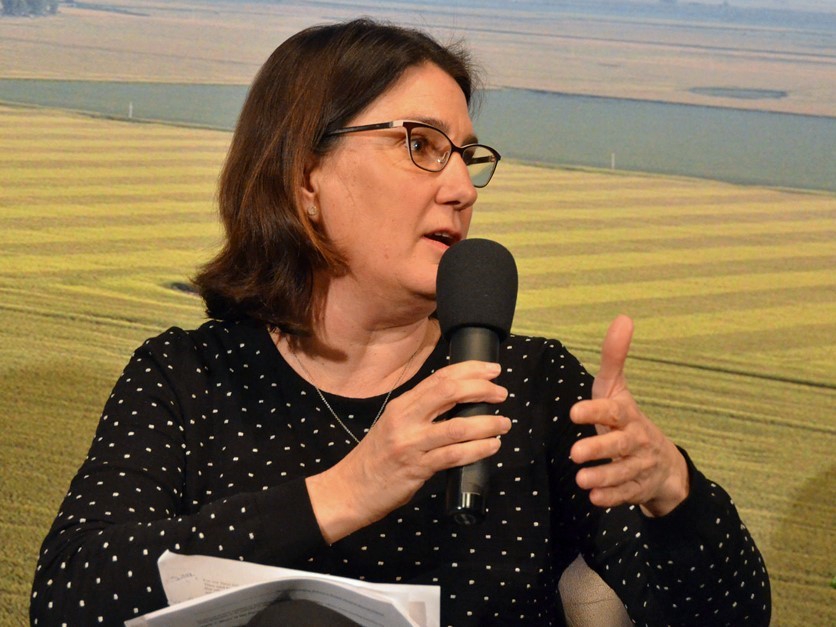 Tied more specifically to agricultural infrastructure, Batcha and other speakers said, is access to land. She said a recent survey of OTA members found that, “with new farmers coming in and folks needing to expand their operations, one of the acute needs is obviously the access to land and capital. That is a challenge you can’t work around.”

Farmland prices have soared nationally (up by $1,000/acre since 2009, to $3,000 last year, on average) and now farm mortgage and other interest rates are expected to climb just as a new generation of farmers is trying to take to the fields. “There are more millennials now in the U.S. than there were baby boomers at their peak,” noted Kentucky Agriculture Commissioner Ryan Quarles. He said he worries that too many young farmers have over-leveraged themselves in startup and expansion investments in land, equipment and other startup costs.

Speakers appeared in agreement that building rural infrastructure is a broad challenge. Said Batcha: “To really get there (in making rural living attractive), I think it’s more than about the income and profitability and risks of a new farm. I think it’s about enough (attractions) in the whole community to make you want to raise your kids there.”