WASHINGTON, Mar. 22, 2017 - After devastating fires roared through the heart of U.S. ranching country earlier this month, producers, volunteers and government officials are trying to figure out the best path forward. 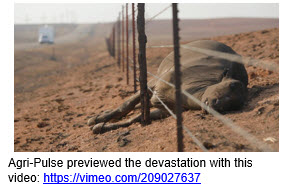 Final figures on acres burned and cattle lost won’t be known for a while, but officials are starting to get a better idea of the fires’ impact. Estimates are that the flames charred just over 782,000 acres in Oklahoma, about 650,000 in Kansas, and roughly 480,000 acres in Texas. Add in some acres from fires in Colorado and other states, and you have an area almost five times the size of Oklahoma City blackened by the flames.

Livestock losses are harder to estimate. It was calving season on many of the affected spreads, and the exact number of calves that had been born is difficult to ascertain. On top of that, respiratory issues caused by smoke inhalation and hoof damage from the heat of the fires could result in more cattle being put down in the days ahead. For now, officials estimate losses in the 5,000-6,000-head range in Kansas, about 3,000 head in Oklahoma, and around 2,500 in Texas.

Of the affected states, only Texas has assigned a dollar figure to the fires, estimating losses in the state’s Panhandle region at about $21 million. That includes animals, lost pasture, damaged fencing and emergency hay and feed.

How long it will take the region to recover probably won’t be known for months.

“We’re just on the leading edge of this,” Todd Domer with the Kansas Livestock Association told Agri-Pulse. “We’ve got a long ways to go to try to help these folks get back on their feet because in some cases, they literally lost everything.

“They might have had a few remaining cattle, but they lost all their fence, all their grass, all their hay, their houses,” as well as horses and some equipment, he said. “So some of these folks are in really dire situations and have no way to generate any income.”

Domer acknowledged the “tremendous outpouring of support” that is being offered in the form of donations of hay and fencing supplies, and there’s even been volunteer labor. That outpouring of support has probably met the immediate feed needs of ranchers, but time will tell if more is needed.

“If it doesn’t rain, the hay on that inventory list is going to be needed,” Domer said. “We’ve met the short-term demand for hay, but there may still be a long-term demand for it.”

Questions also linger about how those who lost cattle can pick up the pieces and move forward. A pair of government programs will be used in the recovery, but caveats exist with both.

Farm Service Agency’s Livestock Indemnity Program provides assistance for producers in situations like this, but the program has its limitations. Payments are capped at $125,000, and indemnities are paid at “75 percent of the market value of the applicable livestock on the day before the date of death,” according to an FSA fact sheet. 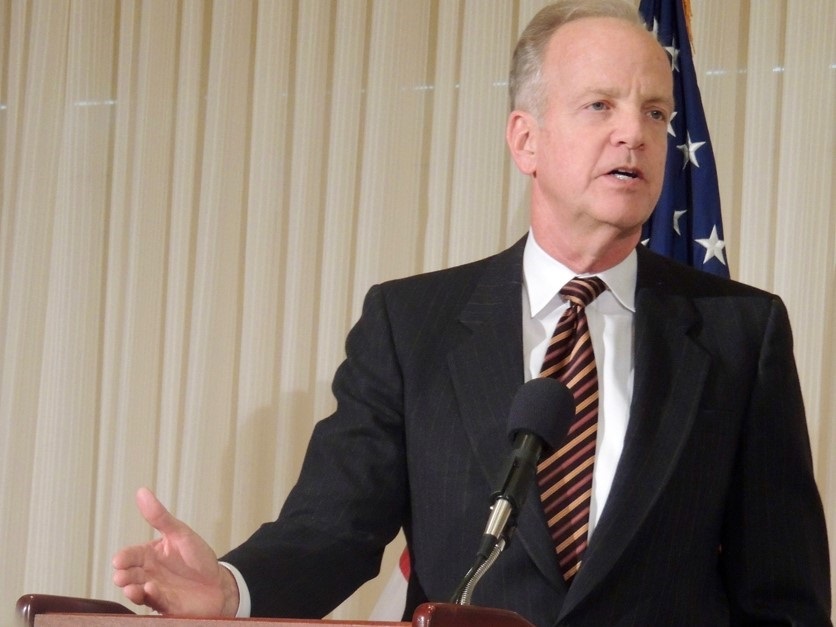 “Payment limitations become an issue,” Sen. Jerry Moran, R-Kan., told reporters ahead of a meeting with USDA officials on the subject. “At $125,000, that’s not that many cattle.”

Producers may also use the Environmental Quality Incentives Program (EQIP) to recoup costs for replacing damaged fencing. But that payment is offered as reimbursement, and many producers just lost their source of income. The program also has requirements for fencing that, if the producers were to violate, would make them ineligible for payments.

In a release Tuesday morning, Kansas Republican and Senate Ag Committee Chair Pat Roberts announced that $6 million in EQIP funding is available for the recovery effort. That still doesn’t address the caps in the Livestock Indemnity Program, but Roberts said these programs – despite their restrictions – should provide some assistance.

“It’s not going to make people whole, but it will help,” he said Monday at the Agri-Pulse Farm Bill Summit. “I think just the idea and the signal of the federal government being a partner in this effort – as they should be – I think will be salutary.”