"My administration is putting an end to the war on coal," Trump said while several coal miners stood behind him on stage at the Environmental Protection Agency. "I am taking historic steps to lift the restrictions on American energy to reverse government intrusions and to cancel job-killing regulations.”

“Together we are going to start a new energy revolution that celebrates American production on American soil,” Trump emphasized.

“This executive order is nothing more than a giveaway to big oil at the expense of health and safety of our children and the bank accounts of hard-working middle-class families,” said Senate Minority Leader Chuck Schumer, D-N.Y., in a statement.The order delivers on Trump’s campaign pledge to the coal industry and seeks to reverse former President Barack Obama’s approach to climate change, but could trigger a long rule-making process and legal challenges. Critics have long anticipated Trump’s action and many reacted forcefully.

“For American farmers, truck drivers, shipping companies, distributors, retailers, and consumers, climate change poses very real and immediate threats to their pocketbooks,” said National Farmers Union President Roger Johnson. “By disregarding climate change science and considerations, the president is putting our nation’s food system, and those that rely upon it, at risk.” 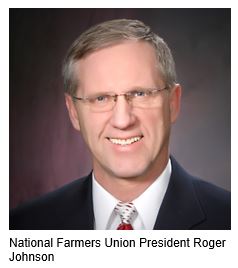 But Jim Matheson, CEO of the National Rural Electric Cooperative Association (NRECA) expressed his organization’s appreciation for “the Trump administration working to protect American families and businesses from the potentially devastating impacts of the Clean Power Plan …. Now that President Trump has issued his executive order, we look forward to EPA undoing this rule and taking a closer look at other current regulations.”

The order calls for an immediate review of Obama’s signature Clean Power Plan, which restricts greenhouse gas emissions at coal-fired power plants, while rescinding the moratorium on coal mining on federal lands and easing restrictions on methane releases at oil and gas drilling facilities.

The CPP itself cannot be repealed by executive order, but Trump made it clear that he’s looking for actions to negate or eliminate it. The CPP has been on hold since February 2016 when the Supreme Court granted a stay on the rule to allow time for a legal review. In September 2016, the D.C. Circuit of the U.S. Court of Appeals heard oral arguments in the case, West Virginia v. EPA, but has yet to issue a decision.

“If fully implemented, the Clean Power Plan would have completely decimated West Virginia’s vital coal industry while having no meaningful climate impact.” Sen. Shelley Moore Capito, R-W.Va., said in a statement. “Stopping this disastrous plan will preserve America’s coal industry, expand our manufacturing renaissance that is reliant upon affordable energy, and protect American families from unprecedented hikes in their electric bills.”

In addition to actions on the CPP, the EO urges federal agencies to identify regulations, rules and policies that obstruct or burden the “safe, efficient development of domestic energy resources.”

Trump described the effort as the “latest in a series of steps to create American jobs.

The order also requires government agencies to abandon the “social cost of carbon” that had been factored into numerous permitting processes and rule-making.

“President Trump is committed to an all-of-the-above energy policy to provide American people and businesses with the power they need to innovate and thrive,” said Vice President Mike Pence, who joined the president for the announcement, along with Energy Secretary Rick Perry, Interior Secretary Ryan Zinke and EPA Administrator Scott Pruitt.

In recent weeks, the administration also has taken other actions to help the energy industry, including the approval of both the Dakota Access and Keystone XL pipelines.