WASHINGTON, April 5, 2017 - State agencies that are beginning to implement new produce safety and other standards required by the Food Safety Modernization Act (FSMA) will need a lot more money in fiscal 2018, the National Association of State Departments of Agriculture said in its annual appropriations letter to Congress. 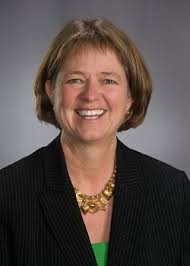 “Amidst the farm economy downturn, investment in these programs demonstrates support for America’s farmers and ranchers and commitment to agriculture programs,” the letter said. “Many economic analyses predict record levels of farm foreclosures and ripple effects throughout rural communities. We respectfully request that you preserve and enhance the various rural programs under your jurisdiction for FY18.”

Forty-two states that have cooperative agreements with the Food and Drug Administration received $21.8 million in September to help them put together multiyear plans “to implement a produce safety system, develop and provide education, outreach and technical assistance, and develop programs to address the specific and unique needs of the growers in their farming communities,” FDA said.

“It is crucial that Congress provide sufficient resources so as to avoid unfunded mandates on the states and to ensure farmers have the tools and education necessary to comply with these new federal requirements,” Glenn said in the letter.

President Trump’s “skinny budget” released last month had no details on FSMA spending. It did, however, target the Environmental Protection Agency for a 31 percent cut and the elimination of 3,200 jobs – about 20 percent of the workforce. The proposal envisions a 21 percent cut at USDA. Congressional reaction to the administration proposal, however, was almost uniformly negative.

China turns to USDA for help with meat-safety problems
Help on the way, but more needed into 2021, economists say
FDA chief says US food is safe but agrees more action is needed

NASDA pushed for $128 million for EPA’s Office of Pesticide Programs, which handles registration of new active ingredients and re-registration of already approved chemicals. The program received $120 million for fiscal 2016, the last year Congress was able to approve a budget. Continuing resolutions since then have allocated funds based on the numbers in that fiscal 2016 spending package.

A larger-ticket EPA item is the nonpoint source grant program under Section 319 of the Clean Water Act. States received $164.9 million under that program in fiscal 2016, and EPA requested the same in its fiscal 2017 proposal. NASDA asked for the same amount but said “the national need is much greater,” calling the funds “critical for state non-point source water quality efforts.”

The organization supported funding of “at least” $176.6 million for the National Agricultural Statistics Service (NASS), because “NASS data is vital to keeping agricultural markets stable, efficient, and fair by making available objective data to commodity market buyers and sellers.” The Trump “America First” budget blueprint said that it would cut funding for “USDA’s statistical capabilities, while maintaining core departmental ana­lytical functions, such as the funding necessary to complete the Census of Agriculture.” The NASDA request matches the Obama administration’s FY 2017 budget proposal, which would have been an increase of about $9 million above the FY 2016 level.

In addition, NASDA urged the appropriators “to resist attempts to include language that would prohibit funding for USDA horse meat inspection for human consumption. A 2011 GAO study concluded that removing funding for USDA horse meat inspectors has resulted in widespread starvation, abandonment, unnecessary suffering of horses and unwanted horses being shipped farther to processing facilities in Canada or Mexico.”