WASHINGTON, May 10, 2017 - The Trump administration’s efforts to reduce regulatory burdens related to pesticides was the subject of a contentious hearing last week at the semiannual meeting of EPA’s Pesticide Program Dialogue Committee. Over two days, environmental, farmworker and public health advocates spoke in favor of continued federal regulation of pesticides and vowed to resist any efforts by EPA’s Office of Pesticide Programs (OPP) to weaken or delay safeguards.

“Any time this agency takes a discretionary action to repeal any regulation or to weaken a regulation that harms an endangered species, we will fight you every step of the way,” said Brett Hartl, government affairs director at the Center for Biological Diversity and one of three CBD employees to speak at the regulatory reform hearing in Arlington, Va.

The center, which frequently files lawsuits seeking endangered species protections, is party to a settlement requiring EPA and federal agencies that implement the Endangered Species Act to assess the impacts of pesticides on listed species.

CropLife America’s senior director of regulatory policy, Ray McAllister, told assembled OPP officials that while CLA supports “efforts to streamline the regulatory process and make sure it is guided by common sense, we don’t want to throw out the baby with the bath water,” urging the administration to support reauthorization of the Pesticide Registration Improvement Act, “the private-sector-funded, fee-for-service system that provides a portion of resources needed for OPP to do its work in a timely fashion.” A PRIA reauthorization bill has cleared the House of Representatives and will be the subject of a Senate Agriculture Committee on May 11. 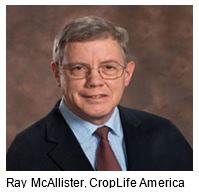 “In the middle of regulatory reform, we do not want the basic but hard and important work done by OPP to be lost or delayed,” McAllister said.

In general, industry speakers were more generous to OPP than environmentalists and public health advocates, who were critical of EPA Administrator’s Scott Pruitt recent decision to allow continued use of chlorpyrifos after the previous administration had proposed revoking food tolerances for the insecticide. The Natural Resources Defense Council and Pesticide Action Network are currently challenging that decision in the 9th Circuit Court of Appeals.

Some speakers sought delays in implementation of two major rules – the Agricultural Worker Protection Standard, which is designed to reduce pesticide exposure to workers and their families, and the Certified Applicator rule, which includes stronger requirements for those who apply restricted-use pesticides, or RUPs.

Wayne Buhler, representing the American Association of Pesticide Safety Educators, said EPA needs to clarify a provision in the WPS requiring Application Exclusion Zones (AEZ’s). These are areas surrounding the pesticide application equipment “that must be free of all persons other than appropriately trained and equipped handlers during pesticide applications,” according to a list of Frequently Asked Questions put out by the agency in April.

States have sought clarification of whether workers would be allowed to “shelter in place” if their housing is located within the AEZ.  Buhler thought enforcement of the AEZ provision would be difficult, adding, “It’s my hope that EPA would consider either removing or adjusting that.”

And Dudley Hoskins, public policy counsel for the National Association of State Departments of Agriculture, said NASDA also is seeking more time to comply with the WPS until resources are in place to help implement the AEZ, along with a provision allowing workers to receive pesticide exposure information through designated representatives. Hoskins said NASDA “would love to have the opportunity to revisit” those provisions.

Virginia Ruiz, director of occupational and environmental health at Farmworker Justice, said her group is opposed to any implementation delays. “EPA is the only agency that has jurisdiction over worker protection for a workforce that is very vulnerable, very much in need of enhanced information and training,” she said.

EPA also was asked to extend compliance dates for the certified applicator rule, which is due to go into effect May 22. Sheryl Kunickis, head of USDA’s Office of Pest Management Policy, said “USDA is not confident that these new federal regulations will result in significant benefits in terms of reducing risks to applicators” and that implementation “will be costly for states, tribes, and other certifying entities as well as for applicators and farm owners.”

The Pesticide Policy Coalition, whose members include commodity groups and pesticide producers and formulators, among others, has asked EPA to delay implementation until the agency addresses its concerns about the minimum-age requirement in the rule.

“Prior to this rulemaking, individuals under the age of 18 were able to apply RUPs if they met certification and training requirements promulgated within their respective state,” the Coalition said in an April 27 letter to Pruitt. “The age requirement would require numerous states to undertake the lengthy and costly process of amending state statutes through the state legislature and/or undertake a state regulatory public comment and rule change.” But individual states should be allowed to make that determination, PPC Chair Ethan Mathews of the National Corn Growers Association and Beau Greenwood of CropLife America said in the letter.

Another issue that received a fair amount of discussion was the ongoing effort to assess the effects of pesticides on endangered species. Dow AgroSciences and two other companies, FMC and ADAMA, recently asked EPA to withdraw assessments on the effects of chlorpyrifos, malathion and diazinon that the Fish and Wildlife Service and National Marine Fisheries Service are using to develop biological opinions that could end up restricting the use of the organophosphate insecticides. 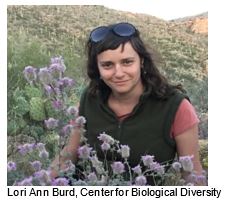 The Center for Biological Diversity, which filed a lawsuit that forced the agencies to evaluate the pesticides’ effects, opposes any delay, said Lori Ann Burd, CBD’s environmental health program director.

“It’s incredibly frustrating to see this agency considering an 11th-hour attempt” to halt the process, Burd said at the meeting.

But Anita Pease, associate director of EPA’s Environmental Fate and Effects Division, voiced support for some of the streamlining suggestions made by industry. EPA’s initial assessments found that chlorpyrifos and malathion would adversely affect at least 97 percent of all U.S. listed species, and diazinon would adversely affect about 80 percent. Pease said the agency plans to refine its process, such as through use of better aquatic modeling, and that the changes would likely result in fewer conclusions that a pesticide has adversely affected a listed species. “We would expect different conclusions,” she said.