EPA Administrator Andrew Wheeler is optimistic that new and greener alternatives are on the way to help farmers to protect their pests. During an Agri-Pulse Open Mic interview, Wheeler didn’t offer specifics on new products or a timeline.

But he said, “there’s a lot of different new pesticides coming on line that we’re being asked to review and register. The science is really incredible here.”

He said EPA is working to streamline the regulatory process to ensure products can get to the market more quickly, including gene-edited crops that contain their own pesticidal properties, traits known as “plant-incorporated protectants,” or PIPs. EPA in September proposed new regulations to accelerate regulatory reviews for PIPs.

Wheeler said senior management personnel at EPA are now being evaluated on how well they have implemented improvements to regulatory and decision-making processes.

Listen to the interview here. He also discusses the agency’s recent dicamba decision as well as the PFAS issue.

Environmental groups are suing EPA over the recent approval of popular weedkiller atrazine, alleging the agency failed to adequately protect human health and the environment.

EPA reapproved atrazine, along with propazine and simazine, in September, announcing that it was lowering the limit on the amount of atrazine that could be applied and requiring additional personal protective equipment to reduce workers’ risks.

But the Center for Biological Diversity and Center for Food Safety allege EPA “dismissed extensive evidence showing that [PPE] intended to reduce farmworkers’ exposure to atrazine is ineffective and infeasible, putting the health of this highly exposed group at risk.”

The groups’ petition was filed in the U.S. Court of Appeals for the 9th Circuit.

Keep in mind: Some of the same groups behind this lawsuit successfully challenged EPA’s oversight of dicamba earlier.

President Donald Trump and former Vice President Joe Biden are crisscrossing battleground states in the final days and hours of the campaign and farmers and rural areas are getting some attention.

During a stop in Iowa on Friday, Biden raised Trump’s trade war with China. Biden, in disbelief, quoted Trump as saying “our farmers are doing better now than when they had a farm.” “Where is this guy from? Who does he think he is?” Biden said.

But the Des Moines Register’s closely watched, final Iowa poll shows Trump with a seven-point lead in the state. That’s the same margin as the Iowa Poll had four years ago, which “wound up foreshadowing Trump's Midwestern sweep,” according to a New York Times reporter’s assessment that was retweeted by a Trump campaign spokesman.

By the way: Renowned chef and anti-hunger advocate, José Andrés, is trying to cook up support for Biden. During an online panel Friday, Andrés argued Trump has not handled the coronavirus pandemic well when it comes to helping the hungry. “I’ve seen lines of hunger in places that I never imagined,” Andrés said. 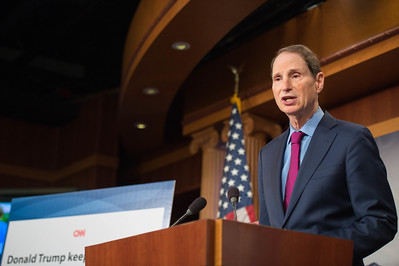 Canada and Mexico are not living up to key promises under the new North American Free Trade Agreement, and Sen. Ron Wyden, the top Democrat on the Senate Finance Committee, is demanding the Trump administration pressure the two countries to follow through on their pledges.

Mexico has been inexplicably failing to approve any new genetically modified seed traits despite a new biotech chapter in the USMCA that was expected to bring the three countries closer on acceptance of the technology. And U.S. dairy farmers are accusing Canada of “playing games” with a promise to implement new tariff rate quotas by limiting which U.S. products qualify.

“It is critical that Mexico and Canada meet their obligations if American workers, farmers, businesses, and consumers are to reap the full benefits you promised they would receive from USMCA,” Wyden wrote in a letter to Trump.

If the USMCA is implemented as negotiated, U.S. dairy exports would increase by more than $314 million a year, according to the U.S. International Trade Commission.

A wildlife conservation bill President Trump has signed into law could ensure livestock producers are compensated for losses from federally protected species.

The bill garnered a wide range of support, from the National Wildlife Federation to the National Cattlemen’s Beef Association and Public Lands Council.

Keep in mind: Wyden is in line to chair the Finance Committee if Democrats win control of the Senate.

U.S. rice farmers are applauding the Trump administration for removing rice from the Generalized System of Preferences program, which exempts developing nations from some tariffs in order to help boost their economies.

The U.S. Rice Federation and some lawmakers have been asking for rice to be removed from the program because of the impact on domestic producers and the U.S. International Trade Commission announced last month that it was considering the request.

“This step in the right direction is a win for American rice producers,” said Arkansas GOP Sen. John Boozman. “Our rice farmers can compete with anyone on the world stage. This update will help level the playing field to ensure our American farmers are not being undercut by international growers.

USDA awards another round of Food Box contracts

USDA has issued contracts for another $500 million worth of Food Box contracts. The program was originally only scheduled to go three rounds, but Ag Secretary Sonny Perdue announced last month there would be a fourth round to cover the last two months of the year.

Some 114 million Food Boxes have been delivered so far, based on invoices that companies and organizations have submitted to USDA. With this fourth round of contracts, the program is expected to total $4.5 billion.