Democrats push legalization of farmworkers amid fears of crackdown

WASHINGTON, May 10, 2017 - A recent immigration raid at a Pennsylvania mushroom farm has heightened fears that President Trump’s crackdown on illegal immigration could widen to other agricultural areas. Democrats, citing deportation fears, have introduced legislation that would offer a pathway to legal status to farmworkers, mirroring provisions included in 2013 immigration reform legislation that died in the House.

There is no evidence so far that Immigration and Customs Enforcement (ICE) intends to broadly target farms, and GOP congressional leaders have shown no interest in taking on immigration reform, swamped as they already are with health care, tax and spending legislation.

But just the fear of ICE raids and deportations is making it harder for farms to find workers, said Shah Kazemi, president and owner of Monterey Mushrooms, the nation’s largest mushroom producer, with operations in California, Florida, Illinois, Pennsylvania, Tennessee and Texas. “Currently, we are short hundreds of workers with the fear factor that exists,” he said, speaking on a conference call arranged by the United Farm Workers. “We have been forced to cut back our production because we cannot find people.” 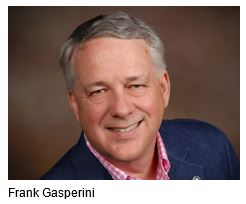 The April 28 raid at the Kaolin Farms near Philadelphia reportedly left workers in the area on edge, even though the ICE agents were apparently seeking just four specific workers, according to Philly.com.

Frank Gasperini, president and CEO of the National Council of Agricultural Employers, told Agri-Pulse he hasn’t seen evidence of an increase in ICE audits. However, there are instances of ICE agents going to farms to seek certain individuals and then sweeping up other people, he said. “At this point, the concern seems to be uncertainty and concern of being hassled,” Gasperini said. “Growers who employ migrant workers are concerned that some may decide not to travel this year because of the rhetoric and uncertainty.”

Agriculture Secretary Sonny Perdue said Trump reiterated at the April 25 farmers’ roundtable that the enforcement effort is focused on criminals. Trump “understands there are dedicated farm workers who are immigrants sometimes milking cows 365 days a year, and he wants to find a way we can continue to use the productive capacity of those who are here to serve agriculture,” Perdue said.

The Agricultural Worker Program Act introduced by the ranking Democrat on the Senate Judiciary Committee, Dianne Feinstein of California, provides a two-step process for agricultural workers to obtain legal status. Farmworkers who have worked in agriculture for at least 100 days in each of the past two years could earn a “blue card,” giving them legal status. Blue card holders who then work on farms for three or five more years, depending on the total hours they are employed, could then apply for a green card, or legal permanent residency.

“Most ag workers are undocumented, and this bill provides the documentation,” said Feinstein. “It allows them to live without fear, work without fear and earn a pathway to citizenship.” Sagrario Arellano, a dairy farm employee in Washington state, said through an interpreter that the bill would allow farmworkers to “come out from the shadows after so much time. … This bill will really open a lot of doors for us, and give us opportunities to go to school and continue to get educated.”

In a news release, Tom Nassif, president and CEO of the Western Growers Association, said Feinstein’s bill “elevates an issue often overlooked in the immigration reform debate: Retention of the existing agricultural workforce.”

But Senate Judiciary Chairman Chuck Grassley, R-Iowa, said Congress is unlikely to address such a bill because senators will insist on attaching other immigration issues, such as legislation targeting sanctuary cities. “We just can’t bring up a simple little bill like” the farmworker legislation, “so no immigration bill gets brought up,” Grassley said.

So, is no immigration bill moving this year? “The easiest answer to that question is. … I’m very doubtful but always hopeful,” Grassley added.