US has upper hand in sugar talks with Mexico

WASHINGTON, May 17, 2017 - While the sugar dispute between the U.S. and Mexico may look like a standoff, the U.S. has the upper hand because its refiners would be happy to get the imports they need from elsewhere, according to U.S. industry officials and government data.

The U.S. is demanding that Mexico agree to a new suspension agreement that limits the amount of Mexican sugar exports in return for U.S. willingness to forgo antidumping and countervailing duties.

Under the current suspension agreement, Mexico is allowed to export up to 53 percent of its sugar as refined product, but U.S. refiners have accused the country of going beyond that limit. So, the U.S. is now demanding that limit on refined sugar be lowered to just 15 percent, with the remaining 85 percent mandated to be raw.

When the U.S. is flooded with refined sugar, it pushes down prices and hurts domestic refineries that depend on a constant supply of raw sugar.

So far, Mexico has refused to comply, but the U.S. Commerce Department, which is leading the talks with Mexico, has shown no sign of backing down.

On May 1, Commerce officials walked away from talks with Mexico without a new deal on how to control the country’s sugar exports. Secretary Wilbur Ross announced an impasse and said the department told Mexico the U.S. would have to begin collecting antidumping and countervailing duties on sugar imports by June 5.

There’s a real possibility that could happen, industry sources say. The U.S. needs sugar imports, and refiners prefer those imports to be raw so that they can refine them, but they don’t need the supplies to come from Mexico.

“This is not a negotiation,” said Phillip Hayes, a spokesman for the American Sugar Alliance. “Mexico was found guilty of violating U.S. trade law. This is the United States telling Mexico what it must do to stop dumping sugar and causing injury.”

The Commerce Department ruled in September that Mexico was subsidizing its sugar imports, allowing exporters to dump product into the U.S. at 40 percent below market prices.

This fiscal year, Mexico has already shipped about 56 percent (653,311 short tons) of the 1.162 million tons of sugar that it’s allowed to export to the U.S. under the current suspension agreement. By the end of May, industry sources say, Mexico will have sent roughly 80 percent of the allocation. 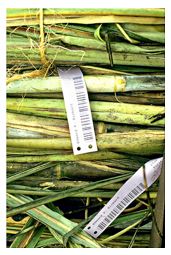 That only leaves about 500,000 tons to go and only about half of that will be raw sugar, which is what U.S. refiners want to keep their mills operating. But refiners don’t need Mexico to get that supply.

“Other countries would be thrilled to bring the extra sugar in,” one U.S. industry official said. “All these guys would be over the moon.”

US meat industry, Mexico may be on same page in NAFTA talks
Sugar Symposium opens with call for unity in farm bill talks
US-Mexico sugar deal may bode well for NAFTA renegotiation

Every year the USDA and Office of the U.S. Trade Representative divide up the U.S. quota for sugar imports among 40 countries.

The Philippines, which gets one of the largest allocations under the quota, could easily send an extra 250,000 tons of sugar to the U.S. to replace Mexican shipments, industry sources say. And the Philippines, unlike Mexico, would be happy to ship only raw sugar.

“Besides Mexico, we have 39 trading partners, all of whom would love to send us sugar,” Hayes said.

In fact, representatives of some of those 39 countries were in Washington last week, urging the Trump administration to take a hard line with Mexico and buy their sugar instead.

The International Sugar Trade Coalition, which represents producers and exporters in Barbados, Belize, the Dominican Republic, Fiji, Guyana, Jamaica, Malawi, Mauritius, Panama, the Philippines, Swaziland and Zimbabwe, all said they were prepared to send more sugar to the U.S.

“The long history of the U.S. sugar program offers ample evidence of the reliability and readiness of quota holders to supply U.S. raw sugar requirements,” the group said in a letter to the Trump administration.

It’s not just foreign suppliers that are urging Ross and the Commerce Department to take a hard stance on Mexico. House Agriculture Committee Chairman Mike Conaway and the panel’s top Democrat, Collin Peterson, also want to rein in Mexico.

“Suspension agreements that postponed the imposition of these duties, and were supposed to halt the dumping and the circumvention of U.S. cane sugar refineries, have failed,” Conaway and Peterson said in an open letter to other lawmakers. “American sugar farmers have lost $4 billion in revenues over the past four years and U.S. cane refineries are starved for the raw sugar that was meant to enter from Mexico.”

Mexico is rumored to be threatening to slap tariffs on U.S. shipments of high fructose corn syrup (HFCS) in retaliation for the U.S. refusing to budge, but there has been no concrete action yet.

Conaway and Peterson said that should not be an issue.

“Mexico has made such threats before – including tariffs on U.S. HFCS during 1997-2002 and a tax on sodas made with HFCS during 2002-2008 – but both measures were found to be illegal by the World Trade Organization,” the lawmakers said in the letter. “Now Mexico is looking at adding another questionable trade action on top of their sugar trade violations.”