A recent study from the Organic Trade Association shows that between 2013 and 2016 organic corn experienced an annual growth rate of just over 111 percent, the highest rate among more than a dozen organic products. Imports of the corn, mostly used for organic livestock feed, quadrupled from $36.6 million in 2013 to $160 million in 2016.

Organic soybean imports have also experienced substantial growth, jumping from $110.2 million in 2013 to $250.5 million in 2016 for an annual growth rate of about 40 percent.

OTA officials point to the need for organic livestock feed as the main driver behind the increase.
“Proteins are really starting to find their stride in the organic market,” said Laura Batcha, OTA’s CEO and executive director, citing a 17 percent growth rate over “center of the plate proteins” in the last year. “There’s a lot more availability of poultry and meats in the market.” 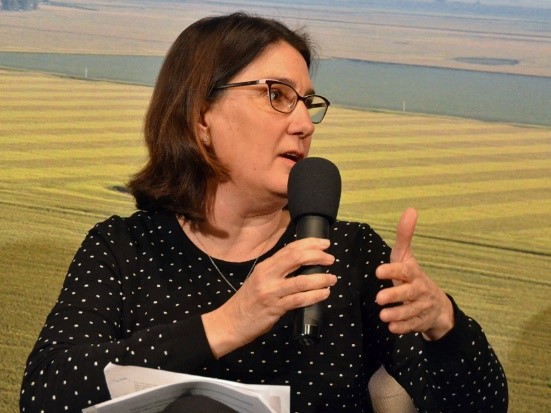 Growth in organic protein consumption mirrors the growth in the organic foods segment of the market. Just last year, organic food purchases by consumers topped $40 billion for the first time. OTA was in Washington last week touting new statistics, and the combination of sales and import figures show the possibility for increased domestic production to meet demand.

At a trade policy breakout session during last week’s conference, a participant suggested that his projections showed 1 million acres of domestic corn and soybean production could be used to offset imports. Monique Marez, OTA’s director of international trade, presented the data and acknowledged that while there’s potential for increased domestic organic corn and soybean production, some issues with organic trade will be much more difficult to resolve.

“For some of these things, it will never even out,” Marez said, specifically referencing the $313.1 million in organic coffee imports in 2016.

Overall, the total trade imbalance remains steep despite some improvements. In 2016, U.S. organic exports – primarily produce – totaled $548 million, and imports – a more diverse range of products – came in at $1.7 billion.

Importing organic product also runs into the issue of equivalency standards and issues of product reliability. A recent article from the Washington Post detailed a shipment of soybeans that a broker said was erroneously labeled as organic. The shipment originated in Ukraine before a stop in Turkey and arrived in Stockton, California, in December.