Drought gripping much of the Northern Plains

NORTH DAKOTA, June 21, 2017 - In mid-June on the Northern Plains, spring crops have usually rounded first base, the season’s first cutting of hay is being baled or stacked, and cattle are browsing in knee-deep forage.

But not this year in the western and central Dakotas and eastern Montana, where an emerging drought tightens its grip week after week. The U.S. Drought Monitor has mapped most of those areas as suffering in abnormally dry to severe drought, and the National Weather Service forecasts less than normal rainfall for at least another week.

Farmers and ranchers in that region know well how fast weather trends and field conditions can change, and this year they switched directions swiftly and harshly. So, instead of June’s bounty, they are seeing young crops ruined or near death, pastures with little grass, and hay crops, if cut, just a fraction of usual tonnage.

“We got more than our share of snow,” says Dick Knopp, a rancher from Golva, in far western North Dakota, but “we basically didn’t get any spring moisture.” He says his pastures “are green yet, but everything is either at a standstill or going backwards now.” He is harvesting fields of clover and alfalfa this week, and “it looks like it will (yield) maybe a third of what it would be in most years.” 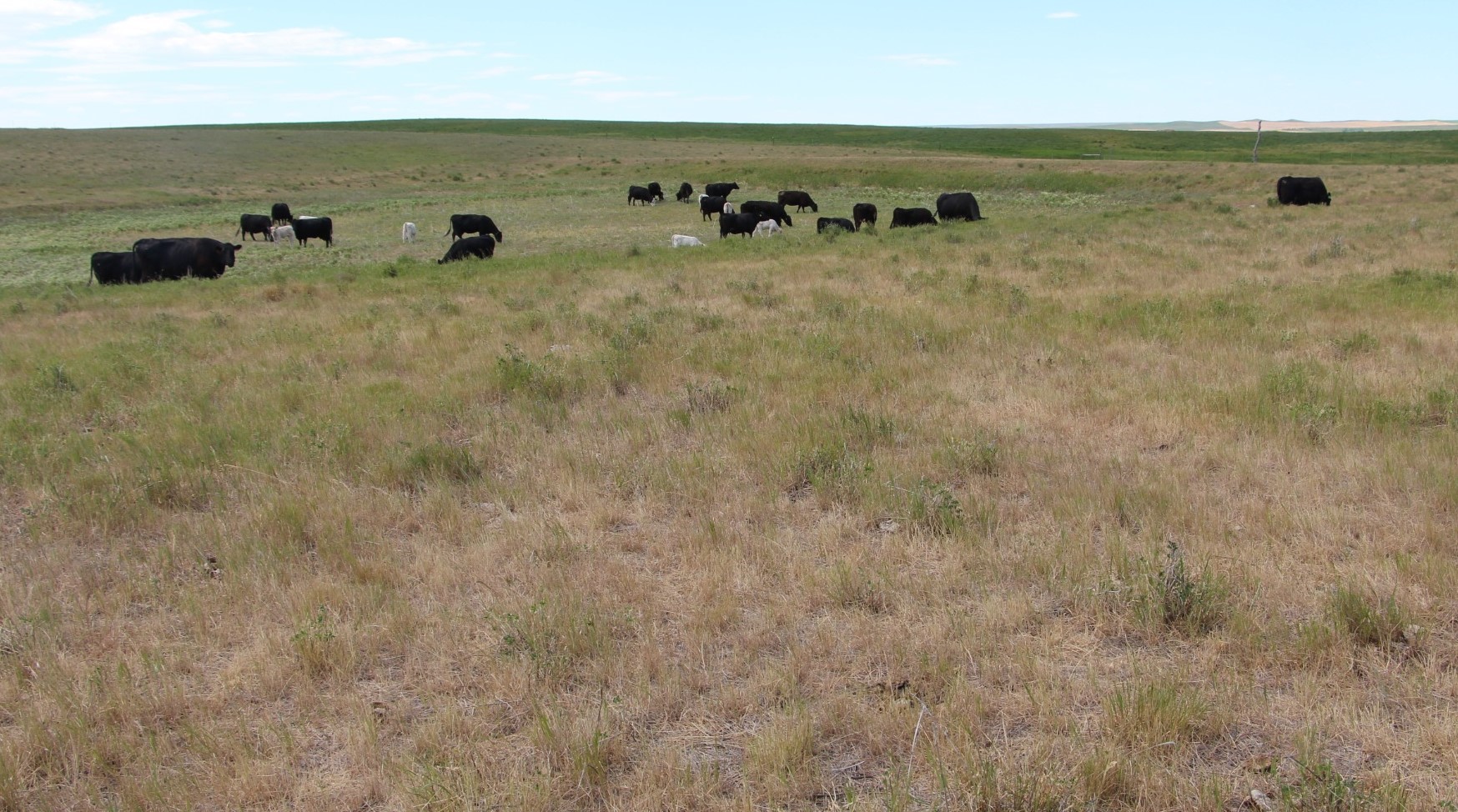 These cattle are grazing where there was a stock dam with water last year.

Knopp usually weans calves in the fall, feeds them until January or February, and then sells them. But, this summer he is crossing his fingers, hoping for some rain through summer so he can keep all of his calves on pasture with the cows just until September. “The way it is looking this year, they’ll be going (to market) early – without a doubt.”

In fact, livestock markets in the region are already auctioning a tidal wave of cattle: cull cows and cow-calf pairs from ranches that won’t have the pasture and/or stored forage to feed all of their cattle. Paul Huffman, owner of Lemmon (S.D.) Livestock, said his auction market sold 150 cow-calf pairs and about 800 cull cows in the June 14 weekly sale, and about 1,000 cull cows the week before, unusually big numbers for June.

At Kist Livestock Auction Co., in Mandan, North Dakota, field representative Matt Lachenmeier said the drought has meant a rapid flow of cull cows and cow-calf pairs from throughout Kist’s marketing region. “We’re right in the heart of it,” he said. Many extra cattle were held on farms last fall, he explained, when cow prices were low. But there won’t be pasture or forage for them this summer and fall, so only essential cows are being retained, and  “they’re moving anything that is extra,” he said.

Moisture shortages vary across the whole region, including within Hettinger County in southwest North Dakota, where Duaine Marxen, county extension agent, said last week that fields of spring wheat were ready to head out and mostly still looked green. “But is it growing? No it’s not growing. It’s amazing how green that spring wheat stays; I am truly amazed,” he exclaimed, noting that the rain recording station near his Mott office, for example, has tallied just 2.13 inches since April 1. “When you go east (from Mott), it gets worse,” he said of rainfall data.

Lola Raska, executive vice president of the Montana Grain Growers Association (MGGA), also pointed to the disparity in rainfall and crop conditions across her state. She farms near Great Falls, on the edge of bone-dry eastern Montana, and she said rain and soil moisture have been in such surplus she couldn’t seed one acre of spring crops and has to file insurance claims for prevented planting.

Earlier, eastern Montana was wet as well, and, “in fact, we had a spring rut contest on our Facebook page,” Raska said, “and we were accepting entries of pictures of when they got stuck” in the fields. “Then, it went very quickly from a good moisture situation to a drought.”

Kurt Voss, a MGGA member who farms near Circle, Montana, said most of his spring wheat is “six inches tall and headed out, and that’s the good stuff. It goes downhill from there.” It likely won’t be harvested, he says.

Voss said some areas in nearby Dawson County had received just 0.4 inches of rain from April 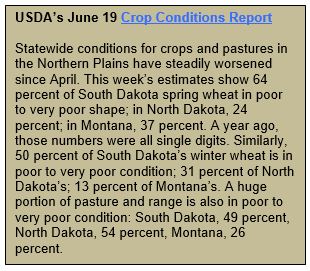 1 to June 12, “which is when you need the rain to get a crop started,” so most crops are failing in that county. “I haven’t seen a field of winter wheat out here that hasn’t either been hayed or there’s not a swather sitting next to it, ready to cut hay,” he observed.

The situation is just as glum for Mike and Danni Beer of Keldron, South Dakota. The Beer Ranch has been a no-till operation for decades, “which is designed to make the most of the moisture we get here,” said Danni Beer. “But it wasn’t enough. This is the first year that we won’t have a successful winter wheat crop.”

Moisture tests on the fields and pasture showed unusually dry soil last fall, and “the moisture bank was just so empty to start with this year,” she said. She hopes rain will be sufficient to bring their corn crop along for silage and to raise some millet this summer, but the stunted winter wheat will be cut and baled for hay. 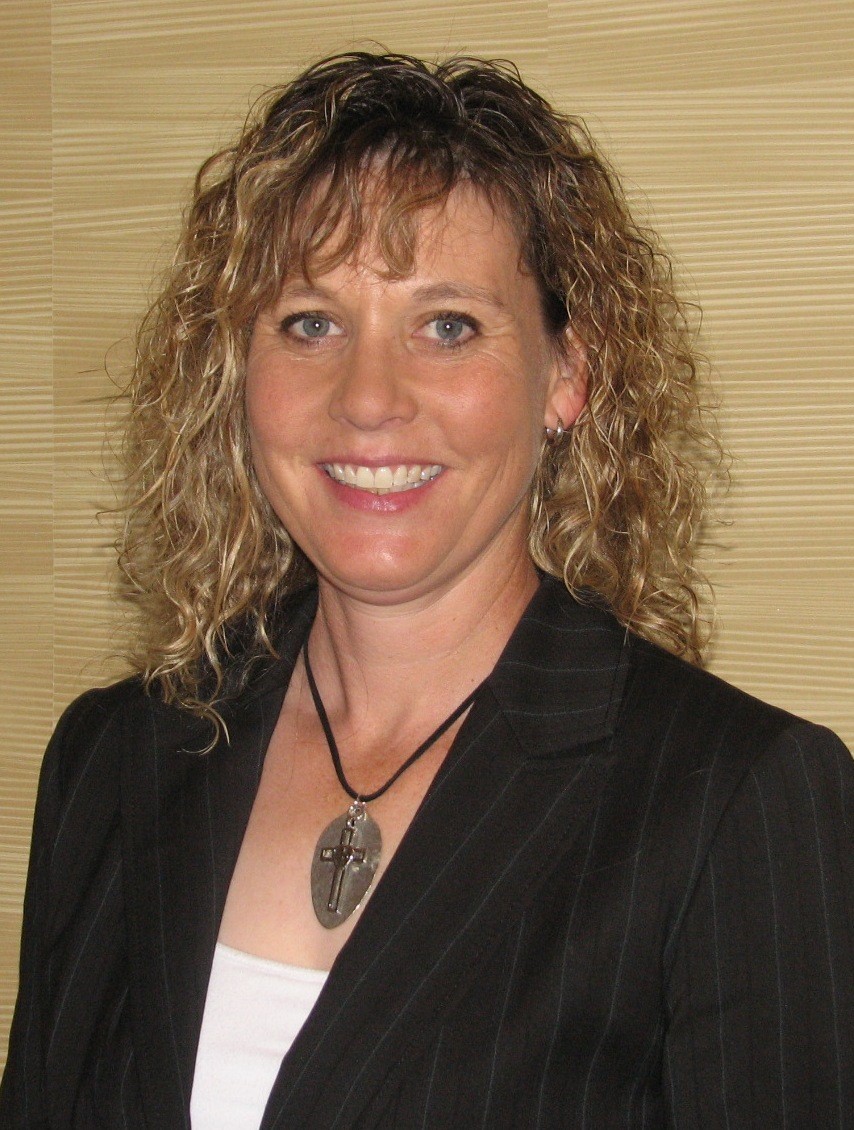 The Beers, like Knopp, have already selected a group of calves to be weaned early and sold, plus heifers that will be pregnancy-tested in June, ahead of usual, with the dry ones sold soon because forage and pasture will be so limited.

“We’ll cut down the grazing pressure on our pastures by more than half,” Danni Beer figures. One more piece of drought damage awaits, she points out: When the winter wheat is cut for hay, this year’s yield will be scored as zero, which drives down the insured yield and increases the premium for their crop insurance.

Meanwhile, governors and state agriculture departments are trying to help. North Dakota Agriculture Commissioner Doug Goehring announced a hotline and an interactive map to help the region’s livestock owners who need forage find those in the region with supplies available. In South Dakota, an order by Gov. Dennis Daugaard allows producers to cut and bale hay in state highway ditches adjacent to their own land, and has temporarily waived the need for a commercial driver’s license for farmers moving hay. Plus, both Dakotas have asked USDA to allow ranchers in drought emergency areas to hay and graze tracts enrolled in the Conservation Reserve Program.

Some farmers in the affected region cling to dollops of hope. Ed Kessel of Dickinson, North Dakota, says his barley and wheat are already heading out “and they need rain for pollination and to fill. I would say right now that our best situation is going to be an average crop, if we can get the moisture.”

“We’ve been lucky,” Knopp says. “It’s been pretty cool. If we could get some rain by about July 1, and if it stays cool enough, then we’ll get some native grass growing.”