WASHINGTON, June 21, 2017 - A plan that the Obama administration developed to reform USDA’s biotechnology regulatory process could wind up stifling innovation instead of making it easier to get low-risk products to market, the plan’s intended goal, according to farmers, agribusiness groups and the biotech industry.

In public comments submitted to USDA, the industry groups applauded the plan for sending “clear, positive signals” about a need to promote innovation in biotechnology and for proposing to ease regulation of gene-edited products. But the groups said the plan, released shortly before President Trump took office in January, would improperly expand USDA’s review process in some respects and hamstring developers before they can even begin testing products.

More than 100 national and state farm and agribusiness groups that filed consensus comments with USDA’s Animal and Plant Health Inspection Service said the plan’s flaws would fall especially hard on small companies and university plant breeders who are trying to “develop agricultural products for specific regional or environmental needs or to develop minor use crops that could be important domestically and internationally.

“Ultimately, we believe that problems with USDA’s proposed regulatory system are significant enough that USDA will need to substantially revise the proposed rule in order to address them,” said the groups, collectively known as the Value Chain Coalition.

The department’s proposed rule, which represents the first major change in 30 years to USDA’s biotech regulatory process, known as Part 340, is supposed to shift the agency’s attention towards new crop traits deemed to pose the most risk, ensuring that developers would no longer need to get permits to test many new crops.

In releasing the proposal, the department said the updated process would “ensure a high level of plant health protection based on the best available science; improve regulatory processes so that they are more transparent, efficient, and predictable for stakeholders and the public; and provide regulatory relief that will stimulate innovation and competitiveness.”

One critical change would exempt from regulation plants that are altered through gene-editing techniques, such as deleting genes, if the genetic changes could have been done though traditional breeding or through chemically or radiation-induced mutations.

Paul Vincelli, a professor at the University of Kentucky, applauded that gene-editing provision. It’s possible with the use of gene editing “to develop useful disease-resistance traits that appropriately would be excluded from regulation, according to this proposal,” he wrote.

But some of the proposed changes go too far, the industry argues. One key provision would tap USDA’s authority under a section of the 17-year-old Plant Protection Act (PPA) to begin assessing genetically engineered plants for their potential to become a “noxious weed,” which would potentially expand the review process. 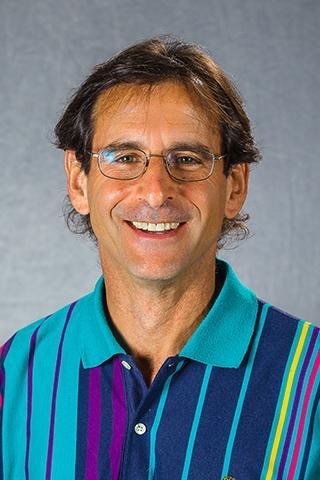 The existing process is focused on assessing whether a biotech plant would be a “plant pest.” The department argued in the proposed rule that under the PPA, a genetically engineered plant would have to be parasitic – think mistletoe – to be a plant pest. (Other types of plant pests, such as bacteria and viruses, aren’t plants, although bacteria genes are frequently used in traditional genetic engineering.)

Companies are increasingly modifying plants such as switchgrass, a biofuel crop, that are known to have weedy traits and other plants could be engineered to take on weedy traits, APHIS said.

The proposed new approach would add a new layer of regulatory review, industry groups say. The National Council of Farmer Cooperatives said in its comments that including the weed analysis “would create a more complex regulatory environment and innovation barriers.”

The Biotechnology Innovation Organization, in its comments, said APHIS already assesses plants for weediness under its existing process and hasn’t justified using the new authority. The proposed rule “would create two parallel regulatory systems to evaluate the same risk, under the same statutory authority, in potentially inconsistent ways,” BIO said.

It’s worth noting that an advocacy group critical of agricultural biotechnology, the Center for Food Safety, strongly supports adding the noxious weed authority to the regulatory process. “The rapid evolution of GE (genetically engineered) technology has created GE organisms that were not developed using any components from plant pests,” the group said in its comments.

CFS goes on to note that the PPA define potential harms from noxious weeds broadly. They include “direct and indirect injury and damage to crops, livestock, poultry, or other interests of agriculture, irrigation, navigation, the natural resources of the United States, the public health, or the environment,” the group says.

Another key industry criticism has to do with the new procedure APHIS is proposing for developers to follow in determining whether new products would be regulated. APHIS argues it will accelerate commercialization of many new crop traits. If a developer provides APHIS with sufficient data to show that the crop poses no risk of becoming a plant pest or noxious weed, then the product would be exempt from restrictions, a significant change from the existing regulatory process.

However, industry groups say it will still be an expensive, cumbersome process that small developers can’t afford to undertake. BIO called on USDA to eliminate the initial evaluation and “instead specify clear, risk-based criteria defining the scope of regulation.” BIO says the review process would be inefficient and that APHIS doesn’t have the capacity to keep up with the scale of research and development.

“By the agency’s own admission, the vast majority of organisms assessed by the up-front system pose little risk of being pests or weeds,” BIO said. “The agency is in essence proposing a needle-in-a-haystack regulatory system, in which each piece of straw is subjected to the same elaborate scrutiny, with no efficient means to focus the agency’s limited resources on identifying the actual ‘needles,’ resulting in inefficiency and waste.”

In a separate set of comments, the National Grain and Feed Association and other organizations that represent companies that process and export grain and oilseeds urged APHIS to withdraw the rule, saying the agency failed to consult with foreign markets and international regulators in preparing the proposed rule to ensure they would approve U.S. crop traits that would be commercialized under the proposed new system.

“Above all else, APHIS ‘needs to do no harm’ by avoiding prematurely implementing a regulatory approach … that puts U.S. grain and agri-bulk exports at risk. APHIS should not be working at cross-purposes to undercut the administration’s focus on trade and exports,” the groups wrote.