A cricket protein revolution – coming to a grocery store near you

WASHINGTON, June 21, 2017 - Just five years ago if you wanted to eat crickets, your best bet was to look around in the garden.

Now you can find them in protein bars and tortilla chips on the shelves of popular grocery stores like Hy-Vee or Mom’s Market.

And more cricket farms are popping up, too, in places like France, Canada and even Benton County, Iowa as the demand potential is incentivizing start-ups as well as a few established growers to enter the market.

While most mainstream farmers in the U.S. might not be diversifying their operations with crickets just yet, it’s hard to deny that there is a mini-revolution brewing here and across the globe on the best and most sustainable way to produce this unique protein.

Industry and government officials point to one major event to explain the explosion of interest in using crickets as a food source: A ground-breaking 2013 report from the United Nation’s Food and Agriculture Organization (FAO).

Downloaded more than 7 million times since its publication, the 200-page document called for widespread acceptance and use of insects in feed and food. The report outlined environmental benefits such as high feed-conversion efficiency, low greenhouse gas emissions and less land and water consumption. Using crickets as an example, the report stated that the insect only needs two kilograms of feed for every one kilogram of weight gain, or a 2:1 ratio. That compares with a 2:1 ratio for chicken and 6:1 for beef, according to a 2013 presentation by Dan Shike, an assistant professor at University of Illinois at Urbana-Champaign.

The National Pork Board provided 2016 data from Agri Stats showing a range for swine from 2.54:1 for wean-to-finish operations to 2.69:1 for conventional pig farms.

According to the FAO, insects are an “overlooked protein supply,” especially in the Western Hemisphere. Among other things, the report called for further research into insect nutrition value, the environmental impact of raising and harvesting insects and clarification of the socio-economic benefits.

While environmental sustainability was the core focus of the report, Kelly Hagen, COO of Ontario-based Entomo Farms, told Agri-Pulse that the nutritional value of the insects is what the industry is stressing now to consumers.

“In the last two years, it really has started to expand beyond a sustainability story,” she said. “They are actually really good for us.” 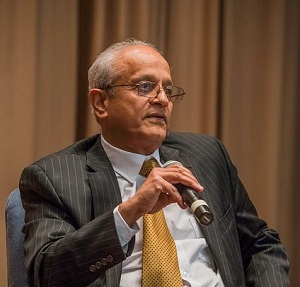 Still, the U.S. has a long way to go to catch up with other parts of the world when it comes to eating insects, Sonny Ramaswamy, director of USDA’s National Institute for Food and Agriculture, told Agri-Pulse in an interview.

“In other parts of the world – in Africa, Asia and South America – people do live off of insects,” said Ramaswamy, who is famous at USDA for making dishes like cricket curry. “In Thailand or China you can go to the local market to buy insects. It’s pretty routine. In the Western world, we’ve got sort of a yuck factor. There’s a creepy-crawlyness to it.”

While whole-cricket dishes are popping up in some of the trendier restaurants in cities like Washington and New York, it’s the flour or powder that is gaining the most traction in the U.S. food sector.

Cricket chips and protein bars are fueling retail sales like whole-bug never could.

Since 2013, cricket flour has been used to create protein bars by Brooklyn-based Exo, a business started by a couple of Brown University grads. Jess Tran, a spokesman for the company, said she’s seen many competitors pop up in the past year as the public grows more receptive to edible insects.

“The first group of people that really resonated with the idea was CrossFitters. They are usually paleo and more inventive with nutrition habits,” Tran said about extreme fitness enthusiasts who subscribe to a unique diet that stresses lean meats and fruits and vegetables. “The average consumer is looking for something more sustainable. The market these days is far more receptive to cricket protein.”

What’s next? Cookies, cakes and a whole host of other products, according to Laura D’Asaro, a cofounder of San Francisco-based Six Foods LLC. The company uses cricket flour (one cricket per chip) to make Chirps chips and distributes them to 350 stores nationwide, including retailers in Disney World.

Jiminy Cricket would be proud – or maybe worried.

The company is profitable, said D’Asaro, and, without going into too much detail, said product and distribution expansions are in the works.

Entomo Farms, which makes the cricket flour used in Chirps chips, is also looking at expansion. Besides supplying Six Foods, Entomo has several products on the virtual shelves of Amazon, including baking flour and whole roasted crickets that can be used to make everything from peanut butter fudge to spicy cricket fritters. 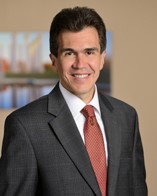 But for the industry to really take off, companies like Entomo need to get a seal of approval from the Food and Drug Administration, says Ricardo Carvajal, a lawyer with the Washington firm Hyman, Phelps & McNamara, who helps food and supplement companies navigate federal regulations.

If a company wants to just raise and sell whole crickets as food, there’s a relatively simple regulatory framework. The crickets have to be “produced, packaged, stored and transported under sanitary conditions,” just like any other whole food.

Where it gets more complicated is with cricket flour or powder. To avoid having an onerous designation as a “food additive,” companies need to prove that their product is “Generally Recognized as Safe,” or GRAS.

Companies don’t need to submit their cricket flour to FDA to have their product federally recognized as GRAS, said Carvajal. They can do their own assessment to show their cricket products are safe, but that carries far less weight than a GRAS designation that’s approved by FDA.

Investors are less likely to support the expansion of a producer that isn’t recognized by FDA as safe, and that could stunt the growth of the industry, Carvajal said.

An FDA official confirmed for Agri-Pulse that the “agency has not been notified of any determinations of GRAS status regarding use of insects in food.”

But that’s going to change soon, said Hagen, who stressed that Entomo recognizes the importance of FDA approval to attract big investors like PepsiCo.

The cola giant announced just last week that it is providing roughly $27,000 to a French food company called JIMINI’s that produces “nutrition packed snacks made from edible insects.” The company is also offering six months of partnering with PepsiCo experts as part of a wider business incubator program.

“What companies like Pepsi say is that they do want to do experimentation, but there’s no way they will ever launch a product without that kind of (FDA) certification,” Hagen said. “Large companies will insist – and they should.”

She said Entomo is talking to other cricket flour producers about the possibility of a joint GRAS submission to the FDA, but one way or another, the company is going to get federal approval.Y

(This report updates the feed-conversion ratios in the sixth paragraph.)