WASHINGTON, July 5, 2017 - When it comes to sugar policy, the Trump administration has been consumed for the past several months with putting new restrictions on Mexican shipments. Meanwhile, the companies that make America’s cookies, cakes, doughnuts, bread and candy are running out of sugar for their products. 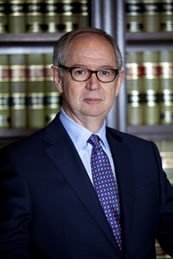 That’s why Rick Pasco, president of the Sweetener Users Association, was at USDA headquarters in Washington last week. The message he took to USDA officials: Allow more sugar imports from countries that have plenty to sell because there just isn’t enough on the U.S. market.

The stocks-to-use ratio, the primary indicator for the availability of sugar in the U.S., is abnormally low and predicted to drop even further in the coming months, according to USDA’s latest World Agricultural Supply and Demand Estimates (WASDE) report.

Pasco stressed that food companies like to see that ratio at a minimum of 15.5 percent, but the latest WASDE report puts it at just 12.3 percent and predicts it will drop to 8.8 percent in the 2018 fiscal year, which begins Oct. 1.

The dearth of sugar in the U.S. continues to push raw and refined prices higher, and companies eventually will be forced to pass those increases on to consumers.

But it’s already late in the season and the longer USDA waits, the harder it may be for the department to find countries that have enough sugar to meet the growing demand here, said one industry official who asked not to be named.

“We are rapidly reaching the point where we’re going to have to ask for people to ship us very large amounts of sugar in order to get what we need because the time remaining in the season when people have something is rapidly dwindling,” the official said.

The U.S. needs more sugar than it produces, but the government also tightly controls imports through a complex tariff rate quota (TRQ) system. Not including Mexico, USDA each year sets an overall sugar import quota for 40 World Trade Organization countries. That quota for raw sugar is about 1.2 million tons and currently cannot be raised until April 1. Afterwards, USDA can raise the quota based on domestic needs.

And food industry representatives say the need is here – just as it was last year when the USDA raised the TRQ by 200,000 short tons. But unlike last year, there is a new administration that has been preoccupied with negotiating import restrictions on Mexico.

That preoccupation is likely to end soon. That’s because the U.S. and Mexico are expected to officially implement the newly negotiated “suspension agreement” between the two countries on Friday, June 30, according to government and industry officials.

Retail food industry isn't what it used to be, forum told
Wanted: Food that isn't perfect, for sale or donation

After months of negotiations that began during the final weeks of the Obama administration, the U.S. Commerce Department unveiled a new draft deal with Mexico to tighten the amount of refined sugar that the country can export to the U.S.

The deal requires that 70 percent of sugar imports from Mexico be raw and allows the remaining 30 percent to be refined. That’s a significant change from the current suspension agreement, which maintains a 47-53 split for raw and refined.

The new arrangement is expected to be a huge benefit to U.S. refiners that prefer raw imports that need to be processed through their mills. When the U.S. imports refined sugar, that increases supply and pushes down the prices that the mills get for the sugar they process.

Food companies, of course, just want a steady supply of refined sugar for the food products they produce.

“This is getting worse, not better,” a food industry source said. “Meanwhile we’re running around restricting access to Mexico. It’s just not good.”

USDA is staying mum about a possible TRQ increase because that’s market-sensitive information, but one official did say it will be easier for the U.S. to tackle the sugar supply shortage after June 30. At the bare minimum, the source said, it’s expected that USDA and the Office of the U.S. Trade Representative will shift the allocations around under the TRQ.

Pasco said the USDA officials he talked to last week did not commit to increasing the TRQ to allow in more sugar. “It’s hard to get a read on what action they’re going to take,” he said.