WASHINGTON, Sept. 6, 2017 – Egg and pork producers are vowing to fight a California ballot initiative proposed by the Humane Society of the United States and other animal rights groups that would require egg-laying hens to be cage-free by 2022 and prohibit the use of gestation crates for sows. The measure also would require all eggs and pork sold in the state to meet those standards.

HSUS filed the initiative with the state’s attorney general Aug. 29. Once California’s secretary of state issues a ballot title and summary, the group and its allies will have 180 days to gather the 365,880 signatures needed to place the measure on the November 2018 ballot. California law also allows the state’s General Assembly to pass a bill containing the same provisions, once initiative proponents gather 25 percent of the needed signatures.

Both the National Association of Egg Farmers and the Association of California Egg Farmers came out against the measure, as did the National Pork Producers Council. But the United Egg Producers, which worked with HSUS to develop the ballot language, said it plans to remain neutral. “At the direction of our board, UEP does not have a position on California's proposed ballot initiative,” UEP CEO Chad Gregory said in a statement.

“Our farmer-members support all types of hen housing,” Gregory said. “Changes in hen housing are complex and costly, and they require close collaboration with customers. Our focus remains on proper management of hen health and well-being, and meeting or exceeding all food safety requirements.”

“Californians know that locking farm animals in tight cages for the duration of their lives is cruel and compromises food safety,” HSUS President and CEO Wayne Pacelle said. “All animals deserve humane treatment, especially those raised for food.” 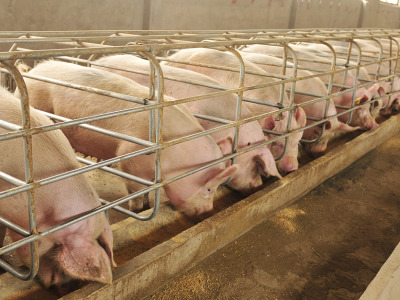 HSUS maintains that Proposition 2, which state voters approved overwhelmingly (63.5 percent to 36.5 percent) in 2008, “established that hens, pigs and calves statewide must be able to stand up, lie down, turn around freely and fully extend their limbs,” the group said in a news release, in which it also said the opponents of that measure acknowledged that the law “would mean a shift to cage-free egg production.”

However, the group says that about two-thirds of the state’s egg producers have kept using cages.

California egg producers plan to fight the measure. In a statement, the ACEF said “a great majority of our food, retail, hospitality, foodservice and food manufacturing customers are committed to exclusively using 100 percent cage-free eggs by 2025,” a deadline that the group said “was agreed upon by both HSUS and the food industry to begin exclusively using 100 percent cage-free eggs.”

“With this new initiative now calling for full compliance by the end of 2021, HSUS is reneging on the original agreement and this expedited timeline may result in supply disruptions, price spikes and a shortage of eggs for sale,” ACEF said. “We must oppose this initiative because there simply is not enough time for all parties to make the necessary changes by (the end of) 2021.”

HSUS vice president Paul Shapiro said, however, that he doesn’t know what agreement ACEF is referring to.

“We did negotiate with (ACEF) to try to find language that we could all get behind,” he said. “They declined to endorse it and, as a result, we’re pursuing the ballot initiative,” which has the same timeline as a similar Massachusetts ballot measure approved in November by more than a 3-1 margin. 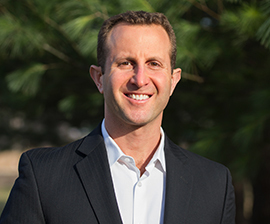 Shapiro said many retailers have made pledges to source and sell cage-free eggs under different timelines. While some of those pledges set 2025 as a deadline, others are earlier. Costco, for example, has pledged to sell only cage-free eggs by 2018. Taco Bell said at the beginning of this year that it had reached its goal to serve only cage-free eggs on its breakfast menu and was expanding that commitment to include the whole menu by 2018.

The National Association of Egg Farmers is also opposing the initiative, saying that caged systems produce healthier birds and that the costs of going cage-free are prohibitive and will increase the cost to consumers significantly.

“The cost to implement new barns for cage-free chickens needed is calculated at $45 per chicken,” according to a paper produced by the organization. “For 200 million chickens, that’s a capital investment of $9 billion. Cage-free egg production costs are determined to be 36 percent higher than conventional.”

Shapiro counters with a study of his own, prepared for proponents of the Massachusetts measure. That study shows the “near-term cost impact of producing a cage-free egg relative to a conventional egg is between around 1 and 2 cents per egg.” But it also noted a price spike for eggs in California following adoption of a law requiring that all shell eggs sold in the state – no matter where they’re from – be raised according to standards specified in Proposition 2.

The study, released in January 2016, said the spike had “mostly dissipated, though uncertainties remain.”

The National Pork Producers Council opposes the ballot measure. “If all pork producers were forced to abandon gestation stalls, it would cost the pork industry between $1.9 billion and more than $3.2 billion to transition to an alternative housing system,” NPPC said.

“With regard to sow housing,” NPPC said that producers “make housing decisions thoughtfully based on pig behavior, genetics, daily health care needs and life stage” and that it’s “crucial that producers maintain the ability to choose housing systems that work best for their pigs and farms. Gestation stalls keep sows healthy and safe and support housing practices endorsed by the American Veterinary Medical Association (AVMA).”

“Much of the pork sold statewide still comes from factory farms that confine sows in cruel gestation crates where the animals are unable even to turn around,” HSUS said. “Veal from crated calves is still sold in the state, too. The new initiative will prohibit sales of products derived from such intensive confinement.”

(Correction: Our original story incorrectly implied that the California Department of Food and Agriculture was responsible for enforcing Proposition 2. The responsibility lies with local officials. Agri-Pulse regrets the error.)