A coalition of animal welfare groups has gathered enough signatures to place a measure on the November ballot in California that would require all egg-laying hens be cage-free by 2022.

Activists are optimistic that the measure will pass. The Humane Society of the United States’ California director, Crystal Moreland, recently said that polling shows 72 percent of voters in the state support it.

“Its passage will produce dramatically better outcomes for millions of animals, establishing a bright-line legal standard that cage confinement is forbidden,” HSUS Acting President and CEO Kitty Block said in a blog post announcing that the Prevent Cruelty California coalition had gathered enough signatures to place the measure on the November ballot. “Once approved, it will be the strongest law against farm animal confinement in the world.” 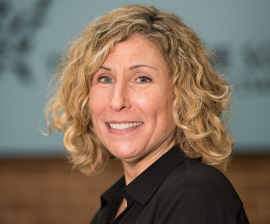 But the measure faces fierce opposition in the state from another animal welfare group, and its requirement that all products sold in California comply with its provisions would be undercut by legislation in the version of the farm bill that recently cleared the House Agriculture Committee.

The Humane Farming Association (HFA), in San Rafael, has formed a campaign committee to oppose the ballot initiative, spearheaded by HSUS but supported by most animal welfare organizations. HSUS, HFA says, is simply trying to cover up for mistakes it made when it sponsored Proposition 2, a ballot question approved by voters in 2008 that HSUS and many people thought would result in the elimination of cages.

But it didn’t. Despite the proposition’s mandate that birds be given enough room to stand up, lie down, turn around and extend their limbs, many egg operations did not make the switch to cage-free, contending that Prop 2 did not in fact require that. Years of lawsuits followed, with California egg farmers challenging the constitutionality of the law.

The legal effort failed, but the state’s Department of Food and Agriculture separately issued an egg safety rule in 2013 allowing a minimum of 116 square inches per bird in enclosures containing nine or more animals. (The minimum area allowed per bird increases as the number of enclosed birds decreases.) CDFA said the rule was not an interpretation of Prop 2, but a safety measure to reduce the incidence of Salmonella Enteritidis.

The compliance deadline for Prop 2 came and went in 2015, and many farmers in California have still not gone cage-free, says HFA National Director Bradley Miller. 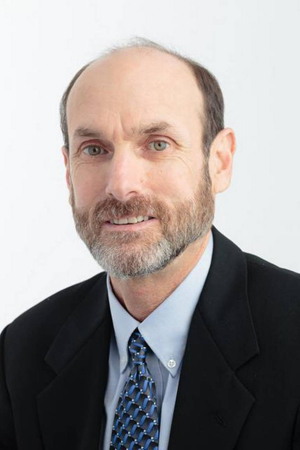 “I don't have exact figures, but the vast majority of California's egg-laying hens are still in cages,” he said in an email. “That number is estimated to be somewhere between 10 and 13 million.”

The latest proposition would phase in cage-free standards for hens, giving producers until 2022 to implement cage-free housing. It also prohibits confinement of pigs used for breeding and calves raised for veal in cages or crates.

The proposition would require that by 2020, confined hens have 144 square inches (a square foot) of usable floor space, with the cage-free housing requirement coming two years later.

HFA, however, believes HSUS and supporters won't ever get to cage-free because the deadline keeps getting pushed back. The proposition says that producers can use the United Egg Producers’ guidelines for cage-free housing, which allow a minimum of 144 square inches for birds. The housing for cage-free systems generally takes three forms, the guidelines state: “multi-tiered aviaries with a litter floor and slatted-floor platforms over manure-removal belts; partially slatted systems with a litter area and a raised slatted-floor area through which manure drops into a storage pit below, and single-level, all-litter floor systems.”

Miller noted that 10 years ago, UEP fought the passage of Prop 2, which nonetheless gained the support of 63.5 percent of California voters. This time around, however, UEP is remaining neutral, even as other groups, such as the Association of California Egg Farmers, National Pork Producers Council and California Farm Bureau Federation stand opposed.

“At the direction of our Board, UEP does not have a position on California's proposed ballot initiative,” UEP said in a statement. “Our farmer-members support all types of hen housing. Changes in hen housing are complex and costly, and they require close collaboration with customers. Our focus remains on proper management of hen health and well-being, and meeting or exceeding all food safety requirements.”

HSUS’s vice president for farm animal protection, Josh Balk, says the latest proposition is an attempt to “build off” the success of Proposition 2, which spurred pledges from many major corporations to go cage-free.

As for the three years it will take to get to cage-free, Balk says, “It’s a phase-in, like every single farm animal measure has been, to eliminate cages and crates.”

HFA, which also has the support of People for the Ethical Treatment of Animals and Friends of Animals, is forming a campaign committee to fight the measure. PETA thinks the measure promotes egg consumption, and does not do enough for the hens. The National Association of Egg Farmers, meanwhile, is taking the legislative route. NAEF President Ken Klippen said his group is supporting language, sponsored by Rep. Steve King, R-Iowa, that was included in the House Agriculture Committee's version of the farm bill last month.

King’s amendment would prevent any state from “regulating the production and manufacturing of agricultural products across their state lines,” King’s office said. The California proposition would require that any eggs, pork or veal for sale in California comply with its provisions.

“We’re trying to stop it legislatively,” NAEF President Ken Klippen said. “We don’t have the resources that HSUS has.”

Balk, however, expressed confidence in the legality of the cross-state requirements. “Every single court case has been favorable,” he said of challenges to such requirements. But Miller said that a ballot measure approved by voters in Massachusetts would conflict with the California proposal.

By 2022, eggs sold in Massachusetts would have to come from hens given 216 square inches of space (a foot and a half). California products “would not even be allowed in Massachusetts,” he said. Thirteen states, led by Indiana, have gone to the Supreme Court in an effort to block the Massachusetts law, but the high court has not decided whether to take the case yet. Another 13 states, led by Missouri, are also seeking invalidation of Proposition 2.

The court recently asked the U.S. Solicitor General to weigh in with briefs in both cases.

Klippen predicted that if the proposition passes, “you’re going to see fewer and fewer egg farms in California.” With more than half of the eggs consumed in California coming from out of state, “I wonder how consumers in California will get their supply of eggs.”

Klippen also says cage-free hens are not healthier than their caged counterparts, who experience a lower incidence of both roundworms and red mites. “It’s not going to improve their welfare,” Klippen says of the birds.

HSUS, however, says that even though “cage-free does not guarantee ‘cruelty-free,’ cage-free hens generally have significantly better lives than those confined inside battery cages.”