Just as with the governors’ races, the 155 ballot measures decided Tuesday in 37 states could have significant impacts for agriculture, both positive and negative.

One top priority for Missouri Farm Bureau (MOFB) was getting voters to approve Proposition D to raise Missouri’s fuel taxes 10 cents per gallon to boost funding for Missouri’s deteriorating highways and bridges. That gradual increase over four years would have been the first hike since 1996.

MOFB provided strong support, pointing out that “whether it is for getting goods to market or our children to school, Missouri Farm Bureau members recognize the need for additional funding for Missouri’s transportation system.”

But Missouri’s voters rejected the fuel tax proposal decisively with a 53.6 percent No vote.

MOFB Director of Public Affairs & Advocacy Eric Bohl told Agri-Pulse that with the fuel tax defeat, “we don’t have many great options left” but that Farm Bureau will work with other stakeholders to find new ways to provide highway funding “that the voters will support.” 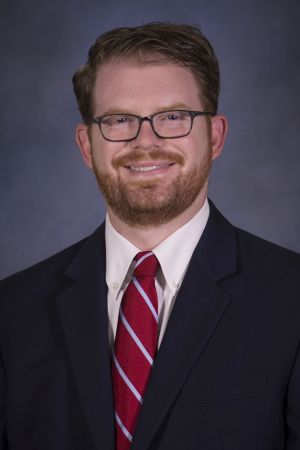 Bohl also was disappointed by voters’ decisive approval of Amendment 1 to revise state redistricting. He said the 62 percent Yes vote “will very likely work to silence rural voices if it is allowed to move forward.” Predicting an “immediate legal challenge,” he sees “a pretty decent chance” the measure will have to be revised to be constitutional.

The offsetting good news, Bohl says, is that Missouri Attorney General Josh Hawley defeated incumbent Democratic Sen. Claire McCaskill 51.5 percent to 45.5 percent. “We’re extremely happy to see Attorney General Hawley win against Sen. McCaskill,” Bohl explained, “because he has been consistently supportive of farmers and rural Missourians . . .  so that’s going to be a huge benefit to our members over the next six years.”

A top priority for the Arizona Farm Bureau (AFB) was defeating Proposition 127, “Clean Energy for a Healthy Arizona.” The measure would have required the state’s electric utilities to increase their use of renewable resources to generate electricity from 12 percent by 2020 to 50 percent by 2030. AFB warned that for an average 2,200-cow Arizona dairy paying $500,00 a year in energy costs, Proposition 127 “could easily end up adding another $200,000 to a dairy farmer’s energy bill to run his dairy.”

Arizona’s voters defeated that measure in a 69.8 percent No vote as of early Wednesday morning, with 75 percent of the vote counted.

Nevada’s similar renewable energy Question 6 setting a 50 percent renewable energy requirement by 2030, however, went the other way. Voters approved the measure with 59.8 percent in favor as of early Wednesday, with 78 percent of the vote tallied.

In a third test of voter support for replacing fossil fuels with renewables, Washington state’s voters rejected Initiative 1631 to create a carbon emissions fee that would fund environmental programs. With 64 percent of precincts reporting, the early morning vote was 56.3 percent against.

In California, one major impact for agriculture is expected from the defeat of Proposition 3, the Water Infrastructure and Watershed Conservation Bond Initiative. The $8.9 billion plan to improve water supplies was defeated in a 52.2 percent No vote as of early Wednesday, with nearly half of precincts reporting.

As of early Wednesday, with 51 percent of precincts counted, voters approved the new rules with nearly 60 percent of the vote. California Farm Bureau Federation (CFBF) Legislative & Legal Affairs Director Jim Houston had expected that lopsided result, telling us that in California, “anything that animal rights folks put on the ballot, voters will endorse.”

CFBF President Jamie Johansson warns that “All Proposition 12 does is allow trial lawyers to file predatory lawsuits against egg farmers” while pushing egg prices higher “in the state that already suffers from the nation’s highest poverty rate.”

Welcoming the California measure’s approval, Kitty Block, acting president and CEO of the Humane Society of the United States, said that “California voters have sent a loud and clear message that they reject cruel cage confinement in the meat and egg industries.”

For background on this year’s state ballot measures, read State ballot questions could have major effects on agriculture