WASHINGTON, Sept. 13, 2017 - A lot of work to support agricultural trade got done during the second round of negotiations to rewrite the North American Free Trade Agreement last week in Mexico City, but those talks are expected to be tame compared to what’s to come in Ottawa and beyond as the negotiations build steam.

Industry and government officials tell Agri-Pulse that much of the ag work in Mexico focused on modernizing the sanitary and phytosanitary rules that govern trade between the U.S., Canada and Mexico, but the governments are preparing to go head to head over issues like Canadian dairy pricing policy that has hurt U.S. farmers.

“They are working towards presenting something in Ottawa,” said one U.S. industry official who has been briefed on the talks.

President Donald Trump painted a target on the policy during a recent trip to Wisconsin, where he told farmers: “What's happened to you is very, very unfair. It's another typical one-sided deal against the United States. And it's not going to be happening for long.” 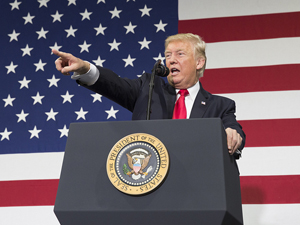 Even if negotiators don’t tackle dairy policy in the upcoming Ottawa round later this month, the controversial disagreement will be addressed.

“We have received reassurances that Canada will be dealt with in the negotiations,” the U.S. industry official said.

Canada’s “Class 7” pricing scheme left more than 70 U.S. producers without a market this year, and the policy has to be rescinded, said Richard Gorder, who is on the board of directors for the Wisconsin Farm Bureau.

Gorder, who is in Washington this week with about a dozen Wisconsin Farm Bureau leaders, told Agri-Pulse that NAFTA is the best venue to deal with the problem because a challenge in the World Trade Organization could take years to resolve.

The NAFTA negotiations are no different than other free trade pact talks in that officials are tackling the less-confrontational chores first, saving the harder issues for later, but the U.S., Canada and Mexico only have months instead of years to finish up.

“The strategy in the negotiations starts with some of the easier things – get some of the textual issues out of the way … so that you really have some momentum; a feeling of togetherness as you move into the harder issues,” U.S. Commerce Secretary Wilbur Ross said last Friday about the NAFTA negotiations so far.

Updating the sanitary and phytosanitary (SPS) regulations that help keep agricultural trade flowing between the three countries is generally considered one of those “easier things.” It’s also the bulk of what was accomplished during the Mexico City negotiations, government and industry sources say.

One of the reasons the SPS chapter isn’t presenting much of a challenge is that most of what has been discussed so far was already agreed upon by all three countries in the Trans-Pacific Partnership, which the U.S. pulled out of earlier this year.

NAFTA negotiators wrap up first round, pledge 'rapid pace' ahead
China agrees to buy more US ag products as trade negotiations heat up
British PM: US, UK working to set up negotiations for trade pact

“So these countries are now back at the table again and they’ve got this common basis to work from, so it’s an area where some progress has been made,” a U.S. government official involved in the talks told Agri-Pulse.

The U.S. Trade Representative’s office, in a summary of the TPP, explains the need for better SPS trade rules this way: “In some countries, SPS barriers are based on political considerations, not science, and are used to replace tariffs as trade barriers protecting domestic producers and prohibiting imports of U.S. food and agricultural exports. In others, antiquated or inefficient regulatory systems have not kept up with the increasing consumer demand for imported products.”

The SPS regulations may be the low-hanging fruit of the NAFTA talks, but they are also very important to ag trade, said David Salmonsen, a senior director for congressional relations at the American Farm Bureau Federation. They prevent other countries from using unscientific excuses as non-tariff barriers to keep U.S. commodities out.

“With NAFTA – being that it’s 24 years old – it’s basically time to upgrade where that is and maybe go a little bit beyond,” Salmonsen said. “There’s not a lot of drama, but it helps the trade flow.” 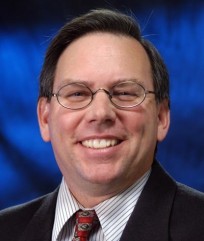 The negotiators did not discuss Mexico’s restrictions on U.S. potatoes directly, but improving SPS rules would help to address that trade problem, he said.

Mexico continues to claim that U.S. fresh potatoes present a threat to Mexican farmers. The U.S. spuds carry diseases that could harm domestic production, the Mexicans say, but U.S. industry and government officials argue that there is no scientific basis to back up those claims.

In a unique arrangement, U.S. fresh potatoes are allowed into Mexico, but can’t be delivered further than 26 kilometers past the border.

“A strong phytosanitary chapter in a renegotiated NAFTA could provide opportunities for a resolution of the current application of non-science-based requirements for fresh potato exports to Mexico,” the National Potato Council told President Trump in a recent letter.

Most free trade agreements before the TPP simply contained a reaffirmation of SPS regulations upheld in the World Trade Organization, but the 12 countries that negotiated the TPP took it further, creating a so-called “SPS-Plus” chapter.

And now U.S., Canadian and Mexican negotiators are working those new regulations into NAFTA. A highlight of the “SPS-Plus” measures, Salmonsen said, is the rapid response measure that was worked on in the Mexico City round of talks.

Describing the TPP chapter on SPS, the USTR stresses that under the provisions, countries would have to “notify importers or exporters of shipments being detained for SPS concerns. This rapid notification will help importers and exporters address concerns, which is particularly important for perishable products.”

The proposal, Salmonsen said, would help avoid prolonged and costly disputes that can keep shipments of farm goods tied up at ports, blocked from their destination by red tape and bureaucratic differences over food safety and plant pest threats.