Hurricanes Harvey and Irma have added urgency to these ongoing congressional hearings on divisive energy issues. As House Energy and Commerce Committee Chair Greg Walden, R-Ore., explained last week, “Harvey and Irma highlight the importance of a reliable grid that is not too dependent on one source of energy.”

In last week’s Senate Environment and Public Works Committee hearing on Accelerating the Deployment and Use of Carbon Capture, Committee Chair John Barrasso, R-Wyo., said his goal is to find “a bipartisan way to examine how we can expand and accelerate CCUS (carbon capture, utilization and storage) deployment and use. When we do that, we promote American leadership in technological innovation, increase our energy security, and improve our environment.”

Barrasso, along with other Republicans and hearing witnesses, charged that unneeded environmental federal regulations have driven costs up sharply and delayed the use of CCUS. Democrats responded that the main obstacle instead has been the absence of financial incentives to spur investment. Sen. Sheldon Whitehouse, D-R.I., said those incentives would be provided by either a carbon tax or a cap-and-trade program to put a price on carbon emissions.

Sen. Kirsten Gillibrand, D-N.Y., added that the message from Harvey and Irma is that along with providing emergency help for the storms’ victims, “We must also confront the reality of climate change.”

“We cannot ignore that carbon emissions are causing ocean temperatures to get warmer, which is fueling more powerful hurricanes,” Gillibrand said. “Reducing carbon emissions should be an urgent priority for this committee.”

Gillibrand said that while carbon capture “deserves our attention” as one way to reduce emissions, Congress also needs to “facilitate the development of renewable technologies like wind and solar.” She pointed out the U.S. is risking its position as a world leader in wind and solar, because “a lot of the manufacturing has gone to China, our biggest competitor,” due to lack of investment. 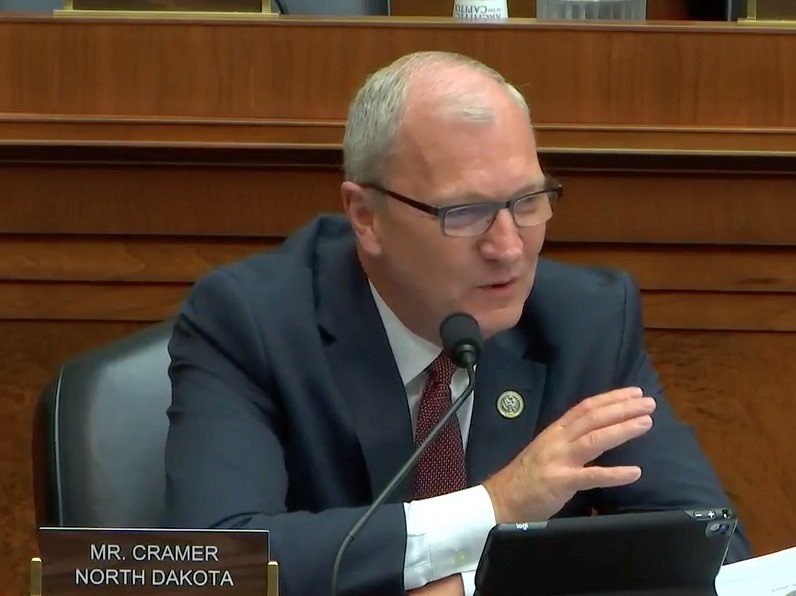 At the House Energy and Commerce subcommittee hearing last week on “Defining Reliability in a Transforming Electricity Industry,” Rep. Kevin Cramer, R-N.D., championed competing priorities. Like Gillibrand, he acknowledged the need to reduce emissions by developing carbon capture and storage and other “clean coal” technologies. But he also urged the Trump administration to find ways to prevent “the forced shutdown of coal baseload generation” and prevent “increasing the cost of electricity for consumers.”

From this perspective, it’s important to support coal power plants even when coal-generated electricity is more expensive than wind or solar power.

In Cramer’s view, coal should be “compensated” for providing what he considers a more reliable energy source than its renewable energy competitors.

Answering Cramer, Federal Energy Regulatory Commission (FERC) Chair Neil Chatterjee explained that “Being from Kentucky, I have seen firsthand the importance coal-fired generation plays in our marketplace.” He added, however, that FERC is “fuel-neutral.”

When Cramer pressed him for reassurance about protecting coal plants threatened with premature closure, Chatterjee responded that “I believe in states’ rights. It is their prerogative to determine their sources of generation, and their generation mix.” But he added that “When it affects interstate commerce, and potentially does have threats to reliability, I think FERC has the authority to weigh in.”

Acknowledging it would be tough to override state Renewable Energy Portfolio standards that require utilities to increase their use of renewable energy, Chatterjee concluded that “I think it will be something that we will look at closely and carefully and build a record, adhere to the science and engineering and technology of the grid, and make those careful determinations.”

Cramer didn’t give up. He next asked Patricia Hoffman, the Department of Energy’s acting assistant secretary for the Office of Electricity Delivery and Energy Reliability, to find new ways for DOE to support coal “both through its R&D and through its advocacy.”

Echoing President Trump’s campaign promises, Hoffman replied that DOE “will continue to invest in advancement in coal technology and utilization of coal, looking at job growth and opportunities to continue to support the coal industry.” 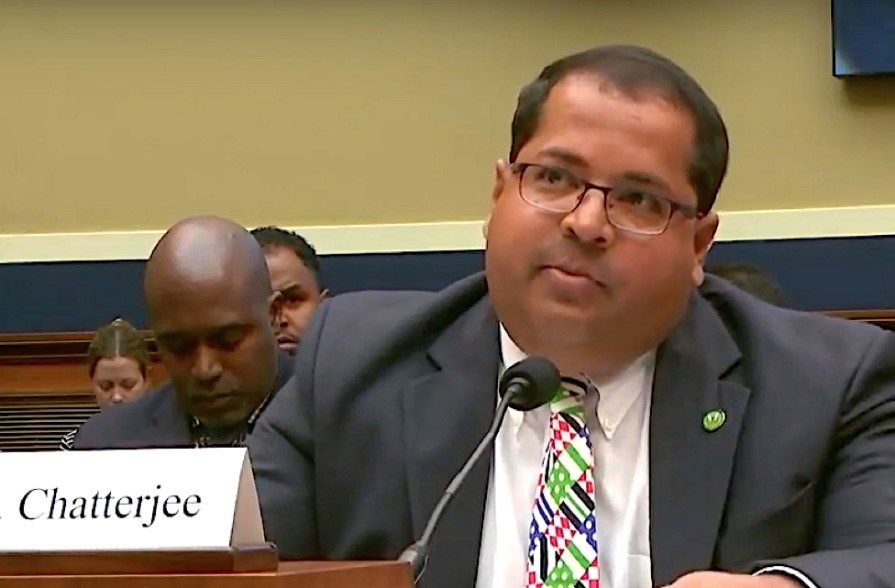 Hoffman added that DOE is also looking for new ways to recognize “the value that coal brings” so that coal can be “compensated for the services it provides (such as) frequency support, frequency response, fuel diversity.”

One result of the active debate over energy issues is that congressional support is growing for two pieces of bipartisan legislation.

Further recognition of reasons to curb carbon emissions came from Gerry Cauley, CEO of the North American Electric Reliability Corp., which shares responsibility for grid reliability with FERC. He testified in the House’s Reliability hearing that whether or not climate change is happening, “it seems we are seeing an increase in the magnitude and severity of events, flooding and storms.”

The message, he says, is that the U.S. should “invest more in hardening” its electricity generation and delivery infrastructure to “prepare for more extremes than we’ve seen historically.”

The related bipartisan message from the Senate Energy Committee’s subcommittee hearing last week on “Contributions of the Department of Energy’s National Laboratories” was that today is no time to cut back on DOE research, as the Trump administration has proposed.

Duke Energy’s Director of Emerging Technology Strategy Anuja Ratnayake testified that despite Duke’s spending over $30 million last year on research, Duke and other leading utility companies “are not R&D tech companies in the Silicon Valley sense. We are integrators and optimizers of proven, commercialized technology.” To justify its research cuts, the Trump administration argues that the private sector could increase private research spending. But Ratnayake said DOE’s research work is vital to private industry because “When new technologies emerge, they can take years of R&D before they become viable both scientifically and economically to utilities.”

Energy Subcommittee Chair Cory Gardner, R-Colo., joined other senators in voicing strong support for DOE’s 17 national labs. “The U.S. has been the leader in R&D for years but China is close at our heels in research spending,” Gardner said. “How we choose to invest in our national labs and support the scientists within them is critical going forward.”