WASHINGTON, Oct. 11, 2017 – The U.S. and Brazil have clashed often in recent years over trade in everything from cotton to beef to ethanol, but the two ag powerhouses continue to dance around the prospects of a binding free trade agreement while quietly laying the building blocks for such a pact.

Brazil is struggling through economic and political turmoil, but the country doesn’t have military ambitions and shares many core ideals with the U.S., making it ideal for a closer and long-term relationship, said Thomas Shannon, the undersecretary for political affairs at the State Department.

“What we have in front of us – the Donald Trump administration – is the recognition that the Brazilians are not just a regional power, but a people we can engage with across a wide range of issues and be successful … It’s really up to our imagination.” 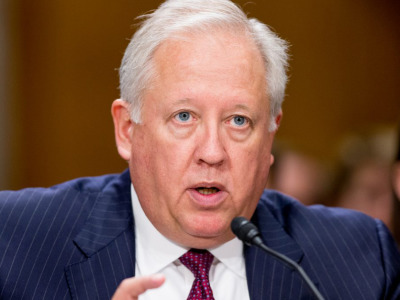 Brazil is also a major buyer of U.S. goods. The country bought 7 million barrels of ethanol from the U.S. last year and, according to Brazil’s National Confederation of Industry (CNI), the U.S. is Brazil’s largest supplier of imported goods overall.

Shannon was one of several high-level government officials to speak at a recent Brazil-U.S. Business Council meeting held by the U.S. Chamber of Commerce. Also attending were Ken Hyatt, the U.S. Commerce Department’s deputy undersecretary for international trade; Sergio Amaral, Brazil’s ambassador to the U.S.; Michael McKinley, the U.S. ambassador to Brazil, and several others.

The words "free trade agreement" were used only sparingly during the three-hour meeting, but the ultimate goal of creating such a pact was the undercurrent of just about every presentation and discussion, according to business officials who were in attendance, but did not want to be named.

Much of the trepidation about discussing a potential FTA rests on the fact that most government and business leaders agree that it’s still very early in the process, and Brazil and the U.S. still have a lot of foundation work to accomplish.

One example of that work – one of the building blocks needed to prop up any future FTA prospects – is an agreement on phytosanitary regulations and a system of electronic certificates that will boost the volume of agricultural trade between the two countries, said Hyatt.

“Our view is that the commercial dialogue … is the precursor to FTA negotiations,” Hyatt said. “Conversations on regulatory convergence and trade facilitation – those are some of the building blocks of that conversation.”

Another development the U.S. is monitoring is Brazil’s attempt to join the Organization for Economic Co-operation and Development (OECD).

Amaral, the Brazilian ambassador, stressed that the country is working very hard to join the organization to show the country’s willingness to be part of the international community.

“This is a sign that Brazil is opening its economy to further trade,” Amaral said.

Israel Hernandez, the deputy chief of staff at the Commerce Department, said the Trump administration is encouraged by Brazil’s efforts.

The OECD effort is just one front, while the Brazilian government also continues to take strides in setting up better frameworks for trade facilitation, the protection of intellectual property, a more uniform regulatory system and international investment.

In the area of trade facilitation, Hyatt stressed that the Trump administration is working with Brazil on its acceptance of temporary import-export licenses that allow foreign countries to ship goods into the country duty-free so long as they are used in goods that are then exported within 12 months. The internationally-recognized system – called ATA Carnet – has already been adopted by 87 countries and territories, including the U.S.

The State Department’s Shannon, when asked about the prospects of a Brazil-U.S. FTA, said he was optimistic.

“We’re not there yet, but obviously we have an impressive trading relationship,” Shannon told Agri-Pulse. “There’s a lot we can do, working sector to sector, but eventually it’s my hope that we’re going to be able to put a better structure to it … This is a trading and investment relationship with huge potential and we need to find a way to tap it.”

Meanwhile, Brazil and the U.S. continue to bump heads over issues like ethanol trade. Brazil, which mandates all of its gasoline supply contain ethanol, recently slapped a two-year tariff rate quota (TRQ) on ethanol imports that includes a 20 percent tariff after 600 million liters of annual imports.

Another issue that has the two countries at odds is beef trade. The U.S. lifted a longstanding ban on Brazilian fresh beef (chilled or frozen) last year after the country said it had control of foot and mouth disease outbreaks, but that ban went back in place in June. USDA said it was discovering health violations in about 11 percent of the imports – an unusually high level – before stopping all shipments.

Now the countries are working together to restore that trade, but overall the U.S.-Brazil relationship is strong and Brazil imports more from the U.S. than it exports to the country, according to CNI Director Carlos Abijaodi.

“It makes our countries natural partners,” he said.