WASHINGTON, Oct. 18, 2017 - Nutrient trading remains limited as a tool to reduce high levels of nitrogen and phosphorus in rivers, lakes and other water bodies, and a new Government Accountability Office report offers little hope that the situation will change.

In its report released Monday, GAO said that there are two main reasons for trading’s lack of adoption in the U.S. – a paucity of discharge limits for receiving waters and the difficulty of measuring nutrient reductions from nonpoint sources such as farms.

Without a “driver” like limits, point sources such as industrial facilities and wastewater treatment plants “have little incentive to purchase nutrient credits” in order to meet discharge permit requirements, the report said. Those limits are usually included in TMDLs – shorthand for Total Maximum Daily Load, a pollutant budget that states are “generally required” to develop for each pollutant impairing a water body, GAO said.

“Nutrient pollution, caused by excess nitrogen and phosphorus entering the environment, poses significant risks to the nation’s water quality and presents a growing threat to public health and local economies,” the report said, citing the situation in 2014 when 500,000 residents of Toledo, Ohio, lost access to drinking water for four days because of algal toxins in the city’s water supply.

In addition, National Aquatic Resource Surveys conducted by EPA “have shown that nutrient pollution is a widespread issue affecting the nation’s waters,” GAO said. “The 2012 survey of lakes, issued in December 2016, found that 40 percent of the nation’s lakes had high levels of phosphorus and 35 percent had excessive levels of nitrogen associated with harmful ecological impacts.” 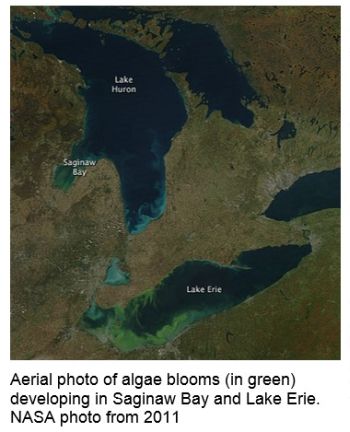 And last year, “algal blooms occurred along U.S. coastlines from Alaska to Florida, closing beaches, affecting tourism and local economies, and resulting in a state of emergency declaration in four coastal counties in Florida and more than 250 health advisories nationwide,” GAO said.

But most of the trading occurs among point sources such as treatment plants, and only Pennsylvania allows nonpoint sources to generate nutrient credits. The problem, GAO said, lies with the difficulty of measuring nutrient reductions that result from nonpoint sources’ implementation of best management practices.

In addition, “Unlike point sources, the Clean Water Act does not require nonpoint sources to meet nutrient discharge limits established in TMDLs or numeric water quality standards, and as a result, EPA said there is no federal regulatory driver creating demand for nonpoint sources to participate in nutrient credit trading programs.”

GAO sent a copy of the report to EPA, but the agency declined to comment.