WASHINGTON, Oct. 18, 2017 – The Department of Agriculture got the protein sector’s attention Tuesday when it announced plans to withdraw a controversial rule that would have altered the relationships between contract growers and the businesses with which they work.

The news came via an advanced Federal Register notice Tuesday morning. USDA cited concerns about the potential for increased litigation if the interim final “Fair Farmer Practices” rule, finalized in the last month of the Obama administration, was allowed to go final. That’s in line with arguments from meat and poultry sector industry groups, but far from the interpretation of the rule from groups ideologically aligned with contract growers.

The rule would have removed a requirement that farmers prove competitive injury to the entire industry to issue a challenge under the Packers and Stockyards Act. A change was called for in the 2008 farm bill, but appropriations riders and the rulemaking process prevented USDA from being close to finalizing anything until December 2016, when USDA proposed a final rule.

The withdrawal of the interim final rule is expected to be published in the Federal Register today. A USDA spokesperson says the department is taking no action at this time on a separate announced proposal regarding ranking systems used in the compensation of poultry contract growers. Rather, the department continues “to review the comments received and analyze current business practices to determine whether specific regulation is necessary to ensure that these systems are not unfair, unjustly discriminatory, or deceptive.”

Speaking to reporters Tuesday, Agriculture Secretary Sonny Perdue said the rule may be withdrawn, but he still wants USDA and the Grain Inspection, Stockers and Packers Administration (for which the so-called GIPSA rule is named) to be vigilant in protecting contract growers. 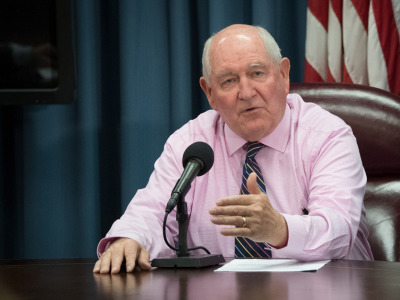 “We’ll be watching to make sure that our producers, individually and collectively, are not disadvantaged by unfair, uncompetitive rules that they operate under, and I look forward to doing that,” Perdue said. “We will be having those discussions with the industry – both those who produce and those who process – in a way to make sure that we treat one another fairly and not in a predatory fashion.”

But many who were in favor of the rule thought if USDA wanted to protect growers from predatory practices, the GIPSA rule would have done just that. Barbara Patterson, a government relations director with the National Farmers Union, said the decision is a “shameful action that will only serve to harm family farmers.” And she was far from alone.

The National Sustainable Agriculture Coalition said without the implementation of the GIPSA rule, “it will be virtually impossible for family farmers to defend themselves against unfair, deceptive, and discriminatory practices by packers and poultry dealers.”

“By withdrawing this rule, the administration is leaving GIPSA toothless and telling American family farmers to sit quietly while it ushers forward the further consolidation and degradation of their industries,” the organization said, adding that “anyone familiar with this issue can see that the Department has taken its talking points directly from the packers and aggregators.”

Mike Weaver, president of the Organization for Competitive Markets, concluded the withdrawal was “a slap in the face to rural America and America’s farmers and ranchers.”

“The GIPSA rule represented a desperately needed change for farmers and ranchers and I am appalled that the administration would choose to support multinational corporate interests over those of our own farmers and ranchers,” Weaver said. He also invoked Trump’s “drain the swamp” campaign catchphrase, saying this withdrawal does exactly the opposite.

“Everybody thinks draining the swamp is firing a whole bunch of congressmen and a whole bunch of bureaucrats; it’s changing the culture of the bureaucracy,” Grassley told reporters shortly after learning the news Tuesday morning. “This is a perfect example of a swamp that’s being refilled by withdrawing these rules.”

Asked what he thought USDA should do now, Grassley said the department should “move ahead with them the way that Vilsack wrote ‘em.”

“If they would know how some of these people are treated that contract with these big multi-corporations, they wouldn’t be withdrawing that,” Grassley said. “They’re just pandering to big corporations. They aren’t interested in the family farmer.” 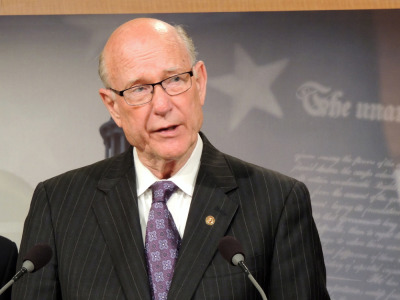 “After nearly a decade of battling partisan and contentious GIPSA reforms, America’s livestock, poultry, and packing industries can breathe a sigh of relief,” Conaway said.

“The proposed rule would have crippled cattle producers’ ability to market their products through the value-added programs that help make American-produced beef the most delicious and nutritious in the world,” he said in a statement.

NCC President Mike Brown said the proposed rule “would have opened the floodgates to frivolous and costly litigation,” and NPPC President Ken Maschhoff added NPPC’s perspective that it “likely would have caused further vertical integration of our industry and driven packers to own more of their own hogs.”

“That would have reduced competition, stifled innovation and provided no benefits to anyone other than trial lawyers and activist groups that no doubt would have used the rule to attack the livestock industry.”