Agricultural technology startups like XTB specialize in helping farmers optimize their craft, allowing them to combine age-old practices with cutting edge science and technological innovations, and in the end, increase their return on investment. From soil diagnostics for row crops to probiotics for cattle and hogs to drone field-mapping and an industry-leading software platform for fine-tuning wine and viticulture, agtech startups seek to change the industry for good.

Farmers may find more of their solutions from new tech startups, rather than some of the traditional providers. Startups evolve from pressing agricultural problems and offer systematic approaches that often challenge conventional wisdom but achieve verifiable results.

Soil health and the evaluation of field stress

University of Illinois Biological Engineering Professor Kaustubh Bhalerao’s startup Soil Diagnostics works hard to ensure that corn and soybean farmers are not overfertilizing their fields. Imprecise nitrogen management, he says, ends up costing farmers millions every year and increases the amount of hazardous runoff making its way into the Gulf of Mexico, the Great Lakes and other bodies of water. Bhalerao’s company has pioneered a simple and non-labor-intensive test that gives farmers a nitrogen profile of their fields. 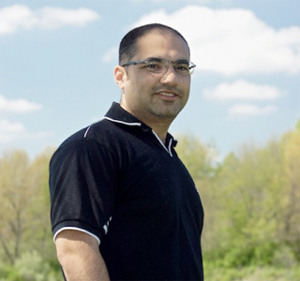 Soil Diagnostics says its partner labs complete as many as 600 tests a day and deliver timely results to agronomists and farmers in the form of interactive maps that show which parts of their fields are already nitrogen-rich and which need further development. The software’s database function also can save the results for predictive analysis for the future, allowing for more precise applications and a better understanding of how much nitrogen the soil might need over time, Bhalerao said. With the push of a button, the agronomist can send the farmer’s preferred nitrogen usage to the fertilizer dealer. The applicator can then spray the field according to specifications.

Field stress is an important aspect of daily viticultural operations. Successful wine and grape operations keep a close eye on the conditions of each row of plants, seeking to optimize the level of desired stress in a particular region of the vineyard and thus insure either the uniformity or exclusivity of grape flavor and taste. Until recently, many farmers relied on their employees to check the vines by hand and monitor the crops. Now, grape farmers who work with agtech pioneers UAV-IQ and VinSense have the luxury of science.

UAV-IQ is a UC Davis-based startup run by Andreas Neuman, a former Air Force commander of unmanned aerial vehicles, which uses drone imagery to allow for a real-time, multi-image evaluation of the topography and field stress in a vineyard or fruit grove. Sensors on the drones feature infrared light that reflects onto the topography below. UAV-IQ’s software then converts the infrared images into full-resolution 3-D screen images that pinpoint exactly where the stress is. Crop advisers then work with the farmer to take appropriate actions to rectify the situation. 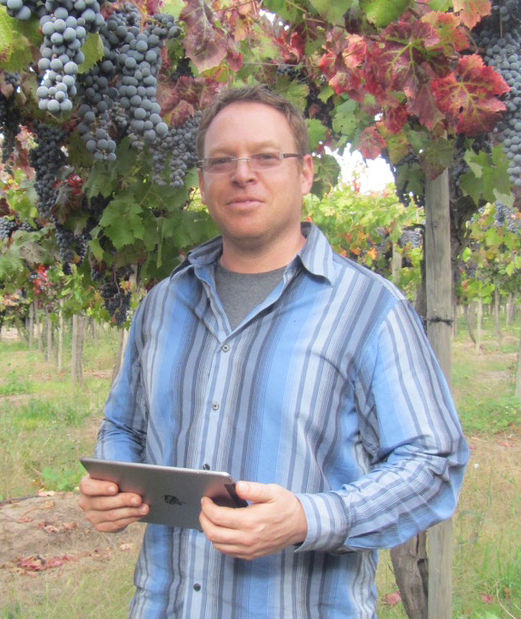 “Our software does a comprehensive job of looking for stress in the field,” Neuman said. “It allows farmers to treat areas of the field uniquely and not do one-size-fits-all farming. It allows them to create different zones in their fields and helps to identify variation and rapidly implement change so that you get optimal treatment where it is needed.”

Purdue Electrical and Computer Engineering Professor David Ebert runs VinSense, a startup that focuses on delivering a universal, multi-faceted platform for grape farmers and vintners to track the health of their soil. VinSense catalogs existing soil sensor data, which is often only available in rough numeric and statistical displays, and turns the data into easy-to-use, customizable, integrated information on a software platform that serves as the farmer’s one-stop dashboard for soil and field data.

VinSense can also provide farmers and vintners with a moisture map that helps them make critical irrigation decisions, as it allows them to see into the depths of the roots in the soil.

John Kallassy’s Cornell-based startup Bactana Animal Health seeks to develop an alternative to antibiotics for animal agriculture. As of Jan. 1, 2017, under Food and Drug Administration Veterinary Feed Directive rules, it is illegal for livestock producers to administer antibiotics subtherapeutically – that is, for growth purposes without there being an animal-health reason, Kallassy said. The livestock industry is looking for an all-natural alternative, and probiotics, Kallassy said, are the wave of the future.

Bactana is tapping into fresh research into the microbiome, or the collection of microorganisms that naturally inhabit the gut and elsewhere in the animal’s body and perform a vitally important regulatory function. It is these microorganisms from which Bactana’s probiotic is extracted. The probiotic serves as a natural disease preventative, and early intervention is key, Kallassy said.

“These bacteria are much more prevalent in the guts of healthy animals than in sick animals,” Kallassy said. “We did a large field trial, giving the product at birth to a large pool of 554 newborn calves. The animals remained healthier during the period they were studied, even two years later. It’s a pioneer gut colonizer. Animals grow faster, and they have less disease.”

Ted Batkin’s XTB Laboratories is also concerned with early intervention – citrus greening will not allow anything but. The yellow dragon, as it is colloquially known in China, kills citrus trees indiscriminately, often going undetected for as long as 10 years without a farmer knowing it, until he suddenly finds his trees infected. XTB has pioneered an early detection system that relies on the science of RNA.

An absorption tube is attached to each citrus plant. Within each tube, a sample is collected that is sent to the lab. The signature element of an infected plant is the presence of certain volatile organic compounds within the plant’s RNA – compounds that indicate that the bacteria has started to penetrate the plant, Batkin said. Cristina Davis, company co-founder and a mechanical and aerospace engineering professor at UC-Davis, originated the detection methodology.