Political pundits and talking heads who see a “blue wave” for Democrats in the November election – fueled by polls, Republican retirements from Congress and President Trump’s unpopularity – may need to consult a Midwestern congresswoman’s sobering assessment of Democratic performance and chances in Middle America.

“Democrats’ national level of support has seen better days. Much better,” opens the paper released last week by Rep. Cheri Bustos, D-Ill. “By the numbers, Democrats are at their lowest in nearly 100 years,” says the report, “Hope from the Heartland: How Democrats Can Better Serve the Midwest by Bringing Rural, Working Class Wisdom to Washington,” co-written with Robin Johnson.

“The number of Democrats holding office across the nation is at its lowest point since the 1920s and the decline has been especially severe in rural America,” they assert. “These challenges have been mounting since the 1990s,” the authors add. “The consequences of this deterioration are sobering for Democrats.” 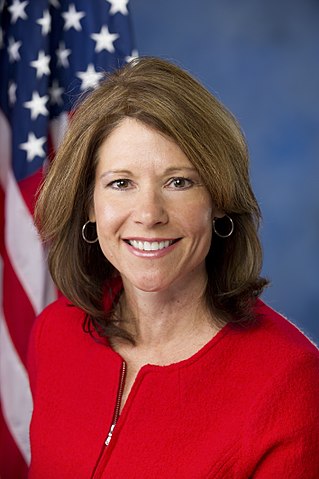 Interviews with state and local officials from rural areas in eight Midwestern states (Illinois, Indiana, Iowa, Michigan, Minnesota, Missouri, Ohio and Wisconsin) found that voters see national Democrats as “fixated on siloed messages to specific groups that don’t include them” or are too focused on abortion, same-sex marriage and gun control to the exclusion of economic concerns.

“A consistent theme among these current and former officials is that national Democrats are out of touch with rural and working class people,” the paper says. They want Democrats instead to focus on economic issues, infrastructure, schools, small business, security, farming and agriculture and government waste. Those interviewed lamented the lack of a Democratic alternative to the American Legislative Exchange Council (ALEC), which consistently provides conservative policies to drive state legislative agendas.

“In less than 10 years, the Democrats’ position in the Midwest has gone from one of strength to major weakness,” the paper concludes. Democrats went from controlling 57 percent of the U.S. House delegation from the eight states in 2009 to 39 percent in 2017; from a majority of House members in seven of the states in 2009 to only one in 2017. Democrats held six of eight governorships in 2009 and now control only one. The pattern is similar in state legislatures, which will draw congressional district maps after 2020.

Democratic candidate Hillary Clinton won only 63 of the 737 counties in those states, mainly in urban centers, suburbs and university towns. Barack Obama won seven of the eight states in 2008 and six of eight in 2012. Trump won six of eight in 2016.

“Some of our findings have already been aired by party officials, officeholders and pundits after the 2016 election,” the paper says. “There might not be any major surprises for those attuned to these issues and involved in the process to revitalize the party.”

Although they won some off-year elections last year, “Democrats will not return to majorities in Washington or the states without earning stronger support from the rural, working-class voters who propelled Donald Trump to victory in 2016,” they say.

Bustos, who was appointed last year to lead “heartland engagement” for the Democratic Congressional Campaign Committee (DCCC), urges the party to undertake “an honest, comprehensive examination of its leadership, campaign strategies and tactics, key players and, perhaps above all, its attitude, to turn things around and to begin winning elections in rural areas.” She has three specific recommendations: show up, listen and work hard.

The Bustos approach underscores recommendations of the last two Democrats who served as secretary of agriculture, following last year’s election. Former Secretary Tom Vilsack, when asked on National Public Radio Jan. 8 about Democrats’ needs in rural areas, said, “Well, first of all, we’ve got to show up. We actually have to be in these rural communities. We have to learn how to talk to rural folks, not talk down to them.” Then he admitted, “But frankly, the Democratic Party has some catch-up to do.” 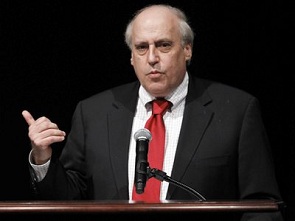 Writing for Agri-Pulse in November, former USDA Secretary Dan Glickman said, “A big reason Secretary Clinton lost, and Democrats are reeling, having lost many seats across federal, state and local governments over the last eight years, is because of the neglect of rural America by the party.”

The Bustos paper adds, “Those interviewed believe the national and state parties need to overhaul their approaches to rural campaigning, cultivate new campaign operatives and consultants with expertise in rural areas and, above all, listen to their ideas and feedback on what they are hearing directly from people at the grassroots level.”

Democratic activists welcomed the report but expressed concern that its ideas would not translate into concrete action. “The report is excellent and validates what I and other rural Democrats have been feeling and saying for a long time,” says rural activist Matt L. Barron of Chesterfield, Mass., in an email. The focus on heartland states “is not a substitute for a national strategy of competing for rural votes in all regions,” he said.

“Secondly, there is no evidence so far this election cycle that anything has changed since November 2016 with regard to any investment in the creation of rural electoral infrastructure.” He said the DCCC and other national party committees “still lack funded rural desks staffed with folks with dirt under their nails and experienced in rural policy and messaging on issues of concern to rural voters.”

Democratic activist Barbara Leach, who was associate administrator of USDA’s Risk Management Agency during the Obama administration, said the party organizations need “a full-time, year-in, year-out presence in rural America” to overcome the problems Bustos describes. “It’s worth noting that the DCCC didn’t pay for the report. She did.”

Despite trends toward GOP dominance in recent years, “Democrats can do better in rural areas,” the Bustos paper says. “We can earn back the trust of rural working-class voters by improving our messaging and the Democratic brand, focusing our policies on jobs and the economy, reconnecting with voters from the Heartland and adapting campaigns to rural areas,” it adds.

“These rural Democrats haven’t given up hope. Some are concerned that, after an initial flurry of interest in the Heartland after the 2016 election, attention will fade. The feeling was unanimous that Democrats can earn votes back, but only with a better, more disciplined approach to winning these tough Heartland races.”

Anne MacMillan, Democratic lobbyist and former deputy chief of staff for Vilsack at USDA, observed that the problems illuminated by the report in eight Midwestern states may be even “a more vexing challenge” in other regions, especially the South. Democrats need to make clear that their party is “a big enough tent for everyone,” she said.

“Democrats are going to have to represent all of America,” Leach said. “They’ve got to recognize that the message they have is not working. It divides people rather than bringing us together. Urban political strategists who don’t pay attention to her are missing the ballgame.”