The overwhelming majority of scientists at USDA appear satisfied that they can do research and publish the results without interference. A small number, however, said they felt pressure from “outside entities” or higher-ups to modify their findings, according to a report from USDA’s Office of Inspector General (OIG).

The report was initially released last April, but after further review, the OIG "determined that not all aspects of the Quality Control Process . . .  were adequately completed and documented. We removed the report from our website to complete the review," Virginia E. B. Rone, assistant inspector general for data sciences, said in a Feb. 28 memo to the USDA Office of the Chief Scientist. "While we found the report to be substantially correct, we found that there were percentages and tables that needed additional explanation due to the skip logic used in the survey, and we took steps to ensure that the report clearly protected the confidentiality of the respondents."

The auditors surveyed more than half of the 2,212 scientists in the Agricultural Research Service (ARS), Economic Research Service (), Forest Service (FS) and Natural Resources Conservation Service (NRCS) to learn whether they felt free to pursue their research and communicate its results with the public.

“Most scientists – 1,099 out of 1,332, or 83 percent – believed their agencies promoted a culture of scientific integrity,” OIG reported. “Most scientists have not had problems with scientific integrity in their research in recent years.” Following the 2013 implementation of a department-wide Scientific Integrity Policy (SIP), “29 scientists (2 percent) indicated that entities external to USDA had pressured them to alter their work and 42 scientists (3 percent) indicated a department official had pressured them to omit or significantly alter their research findings for reasons other than technical merit.” Of those scientists who felt pressure to alter their research, OIG said, “most did not report the incident because of fear of retaliation, reprimand or reprisal.”

OIG launched its investigation in March 2016 after a whistleblower complaint was publicized widely by Public Employees for Environmental Responsibility (PEER) and subsequent litigation against USDA, Rone said in her memo.

The complaint, by ARS entomologist Jonathan Lundgren, then based in Brookings, S.D., involved his publishing a manuscript on the effects of a neonicotinoid insecticide on monarch butterflies. Lundgren claimed he was suspended because the topic was politically charged; USDA superiors said it was for violating travel and expense rules. 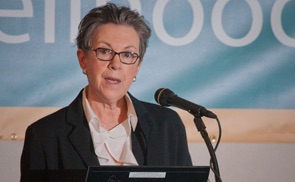 Undersecretary for Research, Education and Economics and USDA chief scientist at the time, Catherine Woteki, said in a 2015 interview with Agri-Pulse that “some inaccuracies and unfounded allegations” were made in the Lundgren case. USDA’s scientific integrity policies and procedures provide fairness and “maintain the very high credibility of the science we conduct,” Woteki said.

“We have a strong scientific integrity policy and fairness for our employees is at the heart of it,” she said. Woteki elaborated on the USDA policy in a subsequent blog post.

The OIG report said that some 83 percent of survey respondents said they feel that their agencies “strongly” or “somewhat” promote a culture of scientific integrity. “However, we found there were survey respondents who indicated a perception that their research findings had been altered or suppressed for reasons other than technical merit.”

“Even a perception of such hindrances could have a negative effect on the credibility of department-sponsored research,” the report said. "The department could experience undue criticism from the media, and stakeholders such as the public, policymakers, and the scientific community could have diminished confidence in USDA’s research products."

OIG recommended that the Office of the Chief Scientist “should strengthen communication with department agencies about scientific integrity and work with the agencies to identify non-confrontational approaches to understand the perceptions identified in the survey.” It added that OCS should improve training programs. USDA agreed with the findings and recommendations, OIG said.