Cotton growers who have been struggling with trade tensions and competition from synthetic fibers are increasingly under pressure from manufacturers and retailers to prove that their crop is environmentally sustainable.

So, the National Cotton Council is signing up growers for a new program, called the U.S. Cotton Trust Protocol, that aims to meet the demand for cotton that can be certified as sustainable.

Consumers have become much more interested in the story behind the products they are purchasing, “and sustainability is one of the stories they’re interested in,” said Ted Schneider, a Louisiana grower who oversees the cotton council’s sustainability task force. “They want to make sure that we are growing cotton sustainably and responsibly and not doing any harm.”

The voluntary program, now in a pilot stage, is designed to measure participating growers’ progress on an array of environmental issues.

One section of the self-assessment asks, for example, whether the producer works with advisers who have expertise in soil health, whether the grower uses “conservation tillage practices such as minimum, strip, mulch or no-till,” and whether the producer uses “permanent and/or annual windbreaks to reduce wind erosion.” Enrollees also must certify they follow USDA’s conservation compliance requirements for participating in farm bill programs.

The nutrient management section includes questions about whether enrollees conduct soil tests to determine residual levels of nitrogen, phosphorus, potassium and micronutrients, and whether plant tissue is tested during the growing season to assess nutrient needs. Growers also are asked whether they have a nutrient management plan that takes into consideration their farm's soil type, soil pH and related local conditions.

A random sample of producers will be checked by a third-party certifier to make sure their information is accurate.

Some 38 major brands and retailers, including H&M, Ikea, Target, Gap and Walmart, have pledged to source 100% sustainable cotton by 2025. Companies are making public statements about their environmental impact of their products and supplier, and “they’ve got to have a program that can support those statements,” says Ken Burton, who is overseeing the U.S. cotton program.

The program is designed to help achieve six goals that the cotton council set for the industry to reach by 2025: a 13% increase in productivity, as measured by land use for a pound of fiber; an 18% increase in irrigation efficiency; a 39% reduction in greenhouse gas emissions; a 15% reduction in energy costs;  a 50% reduction in soil loss; and a 30% increase in soil carbon. 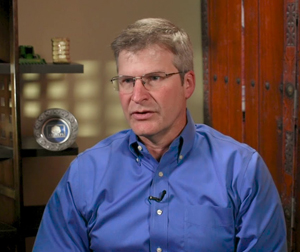 Burton acknowledged that the industry could fall short on one or two of the goals. “We’re going to be transparent with it. … We have to place goals on ourselves.”

A similar program, called the Better Cotton Initiative, is already operating internationally for several years but few U.S. farmers participate. Jason Clay, senior vice president of markets for the World Wildlife Fund, who spearheaded development of BCI and other commodity sustainability programs, said the U.S. industry was reluctant to join BCI because it “didn’t want other people defining what sustainability was.”

In any case, BCI focused on smaller scale producers in other cotton-producing countries, including China and India.

Clay says the National Cotton Council risks undermining confidence in a sustainability program by running it itself. “To me any standard that is going to be meaningful can’t be the fox guarding the chicken house,” he said. 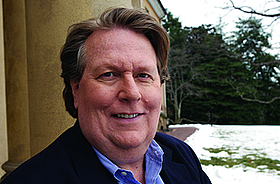 Burton says the Cotton Trust Protocol is addressing that concern in part by putting the program under a 15-member board, which will include represents of brands and retailers as well as conservation advocates, academics, and representatives of merchants and spinners. "Balance is necessary for the program to be successful. The governing board will understand that the effort depends on credibility," he said.

The board's membership has not yet been finalized. The first meeting will be in November.

The third-party certification process for grower compliance is intended to provide assurance to cotton buyers that the program's standards are being followed, Burton said.

Schneider, whose farming practices include planting cover crops in October to protect soil over the winter, says he doesn’t think the program will be enough to change the minds of some critics, “but I think we can bring some reason back to the conversation. We’re presented as being nameless, faceless corporations who only care about making a dollar, that we don’t care what we do about the environment, and we’ve got to change the perception.”

About 25% of producers who have signed up so far are from the western states of California, Arizona and New Mexico with the rest from the other three major cotton-producing regions in Texas, the mid-South states and Southeast.

Schneider said the goal is to get a million acres enrolled in the data management tool within five years. (About 14 million acres were planted to cotton nationwide this year.)