Tom Harkin, then the chairman of the Senate Agriculture Committee, had big plans for what’s now known as the Conservation Stewardship Program when he wrote it into the 2002 farm bill.

Harkin, an Iowa Democrat, envisioned CSP’s “green payments,” designed to link farm subsidies to good environmental practices, to be the future of federal farm income support in much the same way the European Union was doing.

CSP did go on to become one of USDA’s largest conservation programs, costing more than $1.6 billion for fiscal 2018, but Harkin’s vision of CSP as a way of reforming the way the government supports farmers never materialized. Now, with Congress set to begin writing a new farm bill, and Harkin long retired from Congress, CSP's future as a standalone program is in doubt.

The House Agriculture Committee’s draft farm bill, which could be released this week, is widely expected to fold CSP into the larger Environmental Quality Incentives Program. According to sources, the bill also would eliminate a longstanding 60-percent set-aside in EQIP for livestock producers, a change that could help offset the impact on row crow producers of cuts to the programs.

“There's no great way to lump them together, and we worry that doing so would result in the elimination of some of the key functions of CSP,” said Greg Fogel, policy director for the National Sustainable Agriculture Coalition, a group that has long championed CSP.

EQIP, which was first authorized by the 1996 farm bill, subsidizes the cost of installing practices and equipment, including fences to keep cattle out of streams, water-conserving irrigation equipment and low-drift sprayer nozzles. 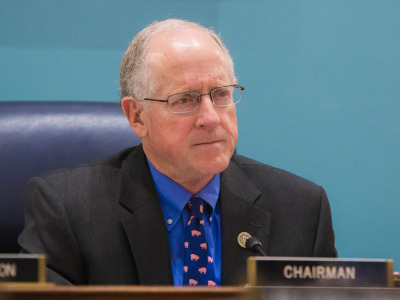 House Agriculture Chairman Mike Conaway, R-Texas, wouldn’t discuss details of his draft bill but he pointedly said this when asked by Agri-Pulse about the possibility of merging EQIP and CSP: “We’re looking to make things better. If we have programs that people like but aren’t as effective as other programs ... then the responsible thing is to put resources where the program is the most effective.”

The FY18 budget proposal argued that many of the practices subsidized by CSP and RCPP could be funded instead through EQIP and the Agricultural Conservation Easement Program.

A senior Democrat on Conaway’s committee, Tim Walz of Minnesota, recently introduced legislation called the Strengthening Our Investment in Land Stewardship Act (SOIL Stewardship Act) that would keep CSP as a standalone program while attempting to make the programs work better together.

The bill would allow USDA to enroll 10 million new acres a year in CSP and maintain EQIP at $1.75 billion per year. The bill also would set up a process for participants to easily graduate from EQIP assistance to CSP contracts. The bill also would increase the average CSP payment rate to $23 per acre and provide supplemental payments for “high-level” conservation practices, including cover crops and rotational grazing.

Bruce Knight, a conservation policy consultant who oversaw the original implementation of CSP as chief of the USDA’s Natural Resources Conservation Service during the George W. Bush administration, says CSP is difficult for the agency to explain and for farmers to understand.

But he says CSP allows payments for enhancements and practices that aren’t covered by EQIP. “Those would need to continue” even if the programs are merged, he said. "How they bring it together is going to make a big difference.”

He argues that the appeal and benefits of CSP would be widened if it offered contracts to concentrated animal feeding operations for better feed and manure management.

CSP’s supporters may have to count on the Senate Agriculture Committee to save CSP as a standalone program. Committee Chairman Pat Roberts, R-Kan., hasn’t said what he will do with CSP and EQIP but has consistently said he doesn’t want to make major changes to farm bill programs. Asked about CSP and EQIP specifically, he responded only that “EQIP is probably one of the most used programs we have.” 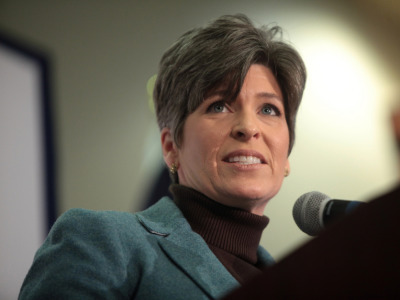 Sen. Joni Ernst, a Republican who now holds Harkin's Iowa seat, will introduce a bill soon that is expected to maintain CSP as a separate program. A source said it would help ensure CSP payments could encourage the planting of cover crops to help curb runoff from farm fields.

Ernst's office said in a statement that her bill, which will be cosponsored by Charles Grassley, R-Iowa, and Sherrod Brown, D-Ohio, would "revise and strengthen" CSP, EQIP and the Conservation Reserve Program "to restore the intent of the programs and help farmers and ranchers protect soil and water resources. The legislation will be introduced later this week and will help refocus conservation spending on marginal land, water quality, and wildlife habitat, as was intended by Congress, and ensure our young and beginning farmers have greater access to farmland."

What's not clear is what impact the administration will have on the debate, given the administration's proposals to kill CSP. Bill Northey, Iowa’s longtime state agriculture secretary, became USDA’s undersecretary for farm production and conservation on March 6.

Northey, who championed using federal conservation spending to help farmers address Iowa's water quality issues through cover crops and other practices, will be in a position advising the House and Senate committees on development of the new farm bill’s commodity and conservation titles.