Farmers in Northwest Ohio could be facing the prospect of enforceable limits on fertilizer use, following an announcement by the state’s Environmental Protection Agency that the waters of western Lake Erie are “impaired” as defined by the Clean Water Act.

Ohio EPA issued a report last week in which it proposed designating “the open waters of Lake Erie’s Western Basin (from the Michigan/Ohio state line to the Marblehead Lighthouse) as impaired for recreation due to harmful algae and drinking water due to occurrences of microcystin,” the state agency said in a news release. “Previously, only the shoreline area of the Western Basin and drinking water intakes had been designated as impaired.”

In August 2014, about 500,000 people who get their household water from the Toledo drinking water system had to drink bottled water for three days and avoid showers after the city found high levels of a toxin in blue-green algae that formed around the city’s water intake in western Lake Erie. The toxin, microcystin, can cause skin rashes and liver and nervous system damage.

Last year, environmental groups sued the U.S. Environmental Protection Agency, contending that EPA needed to step in and declare the open waters of western Lake Erie as impaired, which would force the state to comprehensively address the nutrient runoff in the area that drains into that part of the lake.

Ohio, the groups said, had been unjustifiably dragging its feet on the designation. Now, provided the designation becomes final, as expected, the groups contend the state will have to develop a Total Maximum Daily Load (TMDL) for the Western Lake Erie Basin (WLEB) designed to achieve significant nutrient reductions – such as the Chesapeake Bay watershed, which has had a TMDL in place since 2010.

“This is an important first step, but it’s only a first step,” said Madeline Fleisher, an attorney with the Environmental Law and Policy Center in Chicago who represents ELPC, Advocates for a Clean Lake Erie, and local activist Michael Ferner in the case. 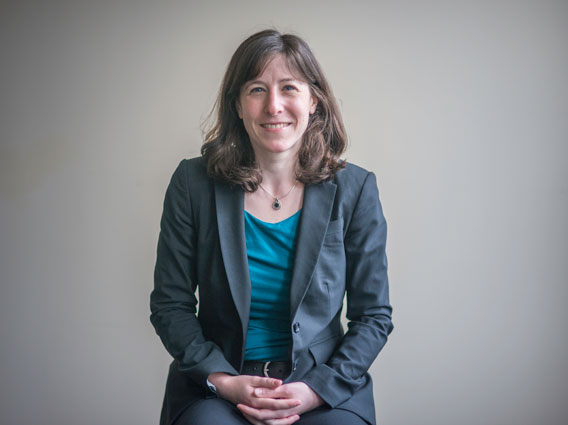 Fleisher says ELPC and the other plaintiffs want to see “accountability and enforceability” in order to ensure a reduction in phosphorus, the main culprit in algal blooms, and nitrogen, which also contributes to their formation. The judge has not ruled on the main issue in the case – EPA’s approval of Ohio’s 2016 “impaired waters” report that failed to designate the open waters of western Lake Erie as impaired – but the plaintiffs are planning to ask him to retain jurisdiction “to make sure the state stays on track,” Fleisher said.

The farm community is concerned about the imposition of enforceable requirements. Joe Cornely, spokesman for the Ohio Farm Bureau Federation, said OFBF and commodity groups in the state have spent millions on research to figure out “practical things farmers can do,” such as soil testing to determine nitrogen and phosphorus levels in their soil.

Demonstration projects in northwest Ohio are looking at using manure and fertilizer injection for precise application, and installing catch basins and two-stage ditches to slow the flow of water into rivers and streams. But Cornely said answers won’t come overnight.

“We’re a long way from knowing everything we need to know,” he said.

The state does not believe a TMDL for the entire Western Lake Erie Basin (WLEB) is necessary, said Heidi Griesmer, a spokesperson for the Ohio EPA. Instead, a state Domestic Action Plan (DAP) issued last November, along with TMDLs for smaller watersheds throughout the basin, should be sufficient to address the pollution problem, she said.

The DAP grew out of the U.S.-Canada Great Lakes Water Quality Agreement of 2012, which has a goal of reducing phosphorus flowing into Lake Erie by 40 percent by 2025. Griesmer said the state plans to focus on “pockets” of the WLEB that are the largest contributors of nutrients. At this point, says Griesmer, the state is “not on the trajectory that we need to be” to reach the phosphorus goal, although there are some areas in the WLEB that are on track.

“Over the last several years, we have worked on TMDLs for every subwatershed of the Western Lake Erie Basin,” Griesmer said. Developing an overarching TMDL for the WLEB would be “essentially repeating what we’ve already done” with the DAP and the subwatershed TMDLs, she said.

The state also is working with Republican state Sen. Steve Arndt to introduce a bill with what it is calling “common-sense environmental legislative initiatives,” including a statewide phosphorus permit limit for wastewater treatment plants, and a modification to the state’s “watershed in distress” designation. 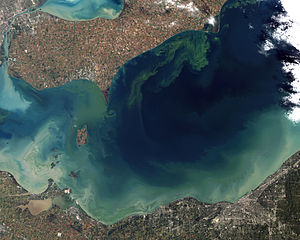 The yet-be-introduced bill “expands the definition of ‘agricultural pollution’ to include fertilizer and directs the Ohio Department of Agriculture (ODA) to establish rules for ‘watersheds in distress’ that are caused by fertilizer,” an Ohio EPA fact sheet says. “Those rules will also include requirements for the creation of nutrient management plans (NMPs) that address fertilizer use in those watersheds.”

Griesmer said both the new definition and new rules for NMPs would be developed through a multi-stakeholder process.

Cornely, however, said OFBF has some “serious concerns” about Ohio EPA’s goals. “That’s a pretty big expansion of regulatory authority they’re proposing,” and would make the state’s regulatory system “much more confusing,” he said.

“Fortunately, from our perspective, the General Assembly is very thoughtful,” he said. “They’ve not exactly embraced more government intervention” in the workings of business.

Cornely said OFBF and other ag groups in the state are teaming up on workshops to help farmers in the state develop NMPs. Three years ago, OFBF funded four NMP writers through Ohio State extension.