A cold, snowy April - where winter didn't want to give up - is challenging farmers and their suppliers, who are trying desperately to catch up on planting in many northern parts of the country and preserve yield potential. Thankfully, new technology may help.

Bryan Peake, climatologist with the Midwestern Regional Climate Center (MRCC), says this April has broken records for both snowfall and cold. “Snow cover has been well above normal, especially in the Upper Midwest – Minnesota, Wisconsin, and Iowa. Over 100 (weather) stations in nine states reported the snowiest April on record and several have more than doubled their past record.”

As of the week ending April 22, the 18 primary corn-producing states had 5 percent of their corn planted, compared with a five-year average of 14  percent, according to USDA-NASS’ Planting report. And only South Dakota had seeded any wheat, 2 percent compared to an average of 50 percent for the third week of April.

Planting and fieldwork throughout much of Iowa was basically at a standstill for the first three weeks in April, according to Dave Miller, director of research for Iowa Farm Bureau. But that is changing. “We are later than we have been the past couple of years,” Miller says. “But some people in far eastern Iowa started planting this past weekend.” Even so, only one county in Iowa had topsoil temperatures of 50 degrees, warm enough to plant corn, and soils will have to warm into the mid-60-degree range before producers can seed soybeans.

Brian Feldpausch, who farms 1,000 acres in Grundy County, Iowa, about 30 miles southwest of Cedar Falls, recently started seeding his cornfields. “Compared to last year, we are two weeks behind, but last year, we got off to a good start. I’d say we are about one week behind normal. Field conditions haven’t been fit to do anything up until this week,” Feldpausch notes. Even so, he expects to plant his farm’s 700 acres of corn before May 6, and complete soybean planting before May 20, if weather cooperates. 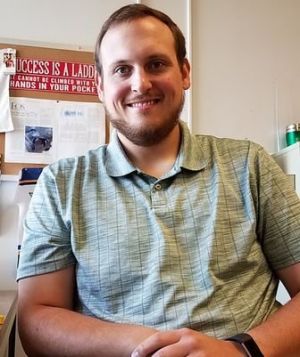 However, many producers across the region have yet to do any fieldwork, and some equipment is still surrounded by snowdrifts near fields buried in snow. According to snow cover maps from the National Oceanic and Atmospheric Administration, far northwestern Iowa, a section of southeastern South Dakota, large portions of Minnesota, and northern and far western Wisconsin were still blanketed in snow as of April 22.

“This week looks warm and sunny, which will move tilling and manure application along. By next week, we should be in good shape for planting,” Johnson says. The county’s optimal planting date for corn is May 1 and for soybeans, May 6. “I think we’ll be in pretty good shape as long as the soils warm up,” she says, adding this past weekend was a turning point for northern Wisconsin, where temperatures climbed into the 50s.

Despite high doses of optimism across the Upper Midwest, a lot of work remains to be done before the region’s major crops are planted. “People are doing fieldwork now that probably would have been done five weeks ago,” Miller says. “With a week of 60-degree temperatures and no rain, the southern two-thirds of Iowa will probably plant a lot of corn, but producers in the northern third of the state and into southern Minnesota probably won’t run planters at all this week.”

Miller recently looked at the 20 coldest Aprils of the past 60 years to see if below-normal temperatures in Iowa correlated with low production. “The coldest years still saw trend-line yields for corn, but it does take the potential for record yields off the table,” Miller says. “Iowa can plant 40 percent of its corn in a week, but this week won’t be one of those weeks.” Miller estimates that by May 3, about 50 percent of Iowa’s corn could be planted. The optimum planting date for corn planting in Iowa ranges from April 28 to May 4.

But one of the biggest changes in the last 60 years is the development of more short season plant varieties and equipment that can plant hundreds of acres a day once conditions approve. So it's possible to pick up the pace pretty quickly - weather permitting.

Even in North Dakota, producers are clearly getting ready to plant their fields.

Chad Weckerly, who serves on the board of directors for the North Dakota Farm Bureau, farms in Hurdsfield, in the central part of the state, and grows wheat, soybeans, canola and corn. He also manages Hefty Seed stores in the area. “We are going to start seeding this week. I’m encouraged. Following the drought last year, the soil is pretty dry, and dry soil doesn’t freeze as hard as wet soil,” Weckerly says. Last year’s drought covered about two-thirds of the state, including the western half. Much of South Dakota was also dry.

While he’s starting to plant spring wheat about two weeks later than usual this year, Weckerly says it’s nothing to worry about yet. “If planting is delayed by another couple of weeks, farmers will go to shorter maturity corn and soybeans,” he says. They won’t shift crops. “By the beginning of next week, most people will get rolling,” he adds. “A number will start this week.” The final date to plant soybeans in his area is June 20.

However, two things concern Weckerly when spring is this late. “First, these farmers have large equipment and can run that equipment 24 hours a day – and they will if they have to. When they put in longer hours in a tighter planting window, it becomes a safety concern. And second, when farms are working 24 hours a day, it is very difficult for the people who supply them,” he says. Trucks are limited by regulation regarding how much product they can haul, and drivers are limited on the number of hours they can work.