This spring’s flooding was some of the worst in recent history, and along with it, a nasty combination of pollutants flowed into some of the nation’s waterways.

While some of the pollutants found in the floodwaters originated on feedlots, hog farms, dairies, poultry operations, and industrial plants, a number of the nation’s wastewater treatment plants also discharged untreated human sewage into rivers and streams.

“Any time you have a major flood, you will have the floodplain and the area above the floodplain inundated with livestock waste, agricultural chemicals, industrial chemicals, and pollutants from septic systems. You’ll have a witch’s brew of pollutants in the floodwaters,” says Bruce Dvorak, professor of civil engineering at the University of Nebraska-Lincoln. But this year’s “witch’s brew” was worse than usual because some of the nation’s wastewater treatment plants, badly damaged by the floodwaters, totally ceased to operate.

Following April’s Bomb Cyclone, the flooded Papillion Creek Watershed treatment plant in Bellevue, Neb., a southern suburb of Omaha, discharged approximately two-thirds of Omaha’s untreated waste day after day into the Missouri River. Every time Omaha residents living in the part of the city served by the plant flushed their toilets, their untreated waste traveled through the city’s combined sewer system, bypassing the plant, and into the Missouri River. Combined sewer systems collect stormwater runoff, human waste, and industrial waste into a single pipe that typically sends it to a wastewater plant for treatment and then disposal, something that didn’t happen at the Papillion plant during the flooding.

According to Reuel Anderson at the Nebraska Department of Environmental Quality, the Papillion Creek plant was discharging 65 million gallons a day or more of combined stormwater and wastewater into the river for about a month. After four weeks of continuous discharge, the plant was able to start partially treating the wastewater before discharging it, but as of early May, the plant was still not able to fully treat the waste.

Two other large plants in Nebraska, Nebraska City and Plattsmouth, were also inundated with floodwater and had to discharge waste untreated into nearby rivers. “Those were the only three plants that sustained significant damage,” Anderson says. About 30 other plants — out of the state’s 600 — sustained damage but were able to open within days, containing the amount of raw sewage they released into waterways.

“The last significant flooding along the Missouri River (before this year) was in 2011, and that did not result in any major damage to wastewater treatment plants,” Anderson notes. This year not only was a large geographical area affected in Nebraska, but existing conditions — snow cover, ice on the rivers, and frozen ground — also combined to create widespread problems.

Livestock also contributed to the brew of pollutants flowing into Nebraska’s rivers, and some farms were also affected by the floodwaters. According to the Nebraska Department of Environmental Quality, about 100 concentrated animal feeding operations (CAFOs) reported they had some sort of discharge occur during the storm event out of about 12,000 CAFOs statewide. In some areas, Anderson says, debris and sand were deposited on fields up to depths of three feet. 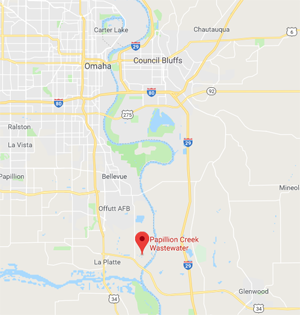 Nebraska was not the only state affected. Floodwaters inundated wastewater treatment plants and CAFOs throughout the heartland. In Iowa, 139 wastewater treatment plants out of a total of 1,296 facilities with National Point Discharge Elimination System (NPDES) permits — reported “wet weather bypasses” in April, including Des Moines and Sioux City, according to Adam Broughton, senior environmental specialist for the Iowa Department of Natural Resources' Field Services Emergency Response. Five of those facilities, including Le Mars and Hamburg, were inundated by floodwaters and completely nonoperational, while an additional nine were not able to fully treat the waste before discharging it. As in Nebraska, the worst of it hit the Missouri River.

However, the Mississippi has also been affected. At Rock Island, Ill., across the river from Davenport, the river hit a record level of 22.65 feet May 2, eclipsing the mark of 22.63 feet from the flood of 1993, according to the Army Corps of Engineers. The Iowa Department of Natural Resources recently signed off on a plan for the wastewater treatment plant in Davenport to discharge raw sewage into the Mississippi to prevent backups in surrounding cities, the Des Moines Register noted.

“We tend to have more bypasses in spring than at other times of year. But this year, we had a lot more facilities inundated with floodwaters, and more lagoons — about five — that had to discharge earlier than they usually do. It was higher than normal,” Broughton says. Already, the number of second-quarter wastewater bypasses in Iowa has far exceeded other years. For instance, as of the end of April, 159 bypasses had occurred this year, compared to only eight in 2018, five in 2017, 17 in 2015, and one in 2014, Broughton notes.

“Runoff from feedlots is hard for us to tabulate, but a small number of operations had issues with manure storage facilities overflowing,” Broughton says. “A few operations were surrounded by floodwaters but did not have any overflows.” In general, he says, unlike many wastewater treatment plants, Iowa’s animal feeding operations are not located in floodplains.

As NPDES sites, wastewater treatment plants are regulated by states under the federal Clean Water Act. Eric Wicklund, NPDES program supervisor at the Iowa Department of Natural Resources, says Iowa issues two types of permits to wastewater plants — continuous discharge permits in which a plant releases treated wastewater 24 hours a day, and intermittent controlled discharge permits, in which plants have lagoons and discharge twice a year in spring and fall.

During times of flooding, combined sewer systems tend to be more of a problem because they are older and typically located along waterways. When these systems become overwhelmed by heavy rainfall events, untreated wastewater can flow into the stormwater system and directly into a waterway, or partially treated wastewater that has yet to go through the entire treatment process can be discharged into a nearby waterway. Plants are required to report these bypasses to state regulators.

Both Omaha and Des Moines have combined systems, and both cities — like hundreds of other cities nationwide — are in the process of separating the two systems or finding other ways to reduce wet weather bypass events. On average, Omaha has discharges that bypass the wastewater treatment plant about 30 times a year.

Farther north in Minnesota, where spring flooding was not as severe, 79 wastewater treatment plants reported having a wet weather bypass between March 14 and April 22, but as of late April, no plant had sustained such severe damage that it couldn’t at least partially operate, according to the Minnesota Pollution Control Agency. 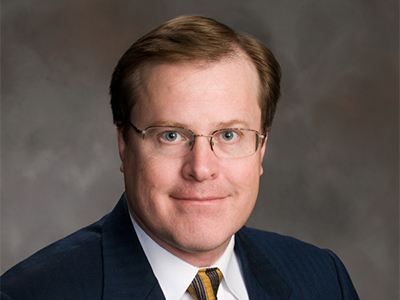 “What happened to the Papillion plant is a once in a several decade event,” says Dvorak. The volume of discharge when a plant is actually flooded is much higher than when a plant has a bypass event. In the case of the Papillion plant, a large portion of Omaha’s raw sewage was discharged, whereas a typical bypass from a combination sewer system is much smaller, about 1-2 percent, he notes.

The chance that a combined treatment plant will be flooded is also higher than for treatment plants with lagoon systems because combined systems rely on gravity to get the waste downhill. While lifts can be built to move waste uphill, if a lift system backs up, waste overflows by blowing out manhole covers or backing up into people’s homes.

“The Papillion plant was an unusual circumstance that put a significant load into the river,” Dvorak says. The concern with wastewater discharge is human pathogens. “As we see the climate change, we will see more flooding situations,” he says. “Cold, ice, sudden melting will not be unexpected. Yes, historically, this year’s flooding may be unprecedented, but we cannot expect the past to be a good predictor of the future.”