Growing public concern over animal welfare is driving the need to examine the impact of large-scale production systems on animals’ quality of life, a new report from the Council for Agricultural Science and Technology (CAST) says.

Over the last few decades, government policies promoting efficiency “have led to increased scru­tiny of intensive production systems, as well as claims that these systems are not sustainable,” says the report, the first released by CAST on animal welfare since 1997. At the same time, “growing awareness of the state of the environment and the food supply has turned ethically conscious eating into a mainstream trend.”

The issues surrounding production are complicated. “All systems have their welfare advantages and disadvantages,” Candace Croney, director of the Center for Animal Welfare Science in Purdue’s College of Veterinary Medicine, said at an event held April 23 tied to the report’s release. Croney was one of the co-chairs for the task force that prepared the report.

“A major research priority for us right now is to figure out how to better incorporate animal behavioral needs into housing and environmental design and how to make alternative systems affordable” for farms of all sizes, Croney said.

The report said better treatment for animals has dual benefits. “Appropriate animal handling not only decreases stress and injury to the animals, but it can improve the quality and safety of their meat while also lessening production costs,” the report says.

But at the same time, “some more extensive production sys­tems that meet consumer expectations for providing animals with space and behavioral freedom may have negative ef­fects on the environment and food affordability,” the report says. “For ex­ample, egg production costs are higher and environmental impacts are typically greater for cage-free systems than for cage systems for laying hens.”

Human understanding of animals’ state of mind has changed significantly, the report says. “Scientific thinking has evolved to include the notion that good welfare outcomes for agricultural animals not only depend on minimizing negative states, such as distress, but also ensuring that animals ex­perience positive states as well,” it said.

“It is not at all uncommon to hear people talking about emotions and mental states in animals,” Croney said. “We now know as real scientists that animals do have feelings.”

“One rudimentary aspect of animal cognition – percep­tion – warrants more research attention because the way in which animals perceive the information they acquire may significantly impact their welfare,” the report says. “For example, perception of a threat in the environment can cause fear, particularly when an animal is unable to do anything to avoid it, as can happen in some agricultural production systems.”

Among the major areas that need to be examined, she said: housing of animals; pain mitigation, including euthanasia; the economics of animal welfare; and consumer attitudes. 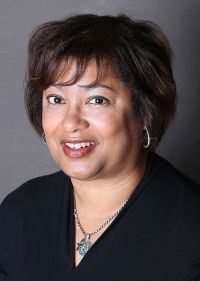 Croney said that when it comes to housing, “It is not just as simple as giving animals more space or moving them into group housing,” because allowing animals to move more freely can result in them injuring each other – hens pecking one another, or cows biting each others’ tails or vulvas, for example.

Although progress has been made, there still are not enough “pain relieving agents” on the market yet, Croney said.

However, she said genetic research may help in developing animals able to withstand stress, such as that encountered in group housing. The report says that “in general, selection for improved animal welfare results in improved animal management and overall welfare, as well as increased economic returns.”

Croney also emphasized the need to communicate science-based research to consumers, who rarely can name a source for their information on animal welfare. And when they do, said Croney, it’s usually the Humane Society of the United States or People for the Ethical Treatment of Animals, which advocate for better treatment of farm animals.

One study Croney cited showed that fewer than 5 percent of consumers get their animal welfare information from government, industry or university sources.

“Despite the fact that we’re investing so much in animal welfare . . . it is not making it into the public domain,” Croney said, expressing concern that the information consumers receive is not “science-based.”

“It seems like consumers are almost at war with those of us affiliated with animal agriculture and vice-versa, and we’re not,” she said.

One issue that has arisen because of public concern is that “in­creased consumer demand for meat from animals that have not been treated with antimicrobials for any purpose – pro­duction or therapeutic – has caused and may continue to cause producers and veterinarians to withhold treatment for animals intended for the consumer market," the report says. "The negative im­pacts on animals’ welfare resulting from disease that could be prevented and/or that cannot be controlled and treated are significant and unacceptable.”

In addition, the CAST report said that more research on the economics of animal welfare is needed “to understand the extent to which rising prices resulting from the higher costs of new animal production systems will curb consumer purchases of livestock products.”