EPA pesticide officials had a message for registrants and others who assembled at CropLife America’s policy conference last week: Be patient.

That’s because the Office of Pesticide Programs, like many other parts of EPA, does not have as many people as it used to.

“Attrition is outpacing the people coming in,” Mike Goodis, head of OPP’s registration division, told an audience of about 300 people at the Renaissance Arlington Capital View Hotel, conveniently located a stone’s throw from the building that houses EPA’s Office of Pesticide Programs and its employees, many of whom attended. “We’ve had a quite few retirements.”

Goodis said that staffing has been reduced by 40 percent over the past 14 years. “When you look at when the Pesticide Registration Improvement Act , or PRIA, was first passed in 2004, OPP was close to 1,000 (people),” he said. “Now we’re at about 600 or maybe just below.”

Meanwhile, workload has increased and the work is more complex than it used to be, Goodis said, adding that OPP has nonetheless been able to get the same amount of work done by becoming more efficient.

Having fewer personnel “is putting a strain on the organization and making it a challenge to meet PRIA deadlines as well as (complete) non-PRIA actions,” he said. PRIA sets up a fee structure and schedule to complete certain actions, such as applications for new active ingredients, food uses and import tolerances. PRIA fees account for about a third of OPP’S budget.

“We have a group of very hard-working people very committed” to meeting deadlines, Goodis said, but “I have to be careful about burning people out. We want to keep the organization healthy” and help people advance in their careers.

Yu-Ting Guilaran, director of OPP’s Pesticide Re-evaluation Division, echoed Goodis’ concerns. “One thing that’s important to all of us is retention and making sure … our people have opportunities” to move within OPP divisions, she said.

Help may be on the way. OPP has been given authority to hire 50 more people, and Goodis said interviews are taking place.

But some tasks take a lot of time. The agency’s new strategic plan has a goal of reducing the time needed to grant registrations for new active 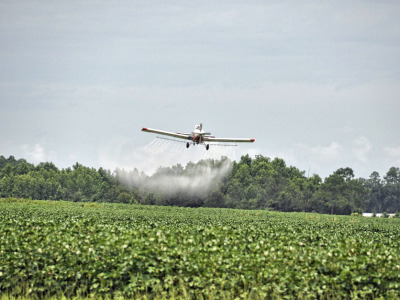 Approving new AI’s is “one of, if not the highest, priority for the division,” Goodis said. “Many of the chemicals I’ve seen are lower risk compounds than others out there.”

The goal of issuing decisions more quickly is shared by upper management at EPA. Henry Darwin, the agency’s chief of operations, told attendees he did not want to see EPA taking “months, years, or even decades” to approve new, safer technology. “The federal government cannot be a drag on the great work you are doing,” he said.

“One thing that can lengthen the review period is when a chemical’s degradate (the product of the environmental transformation of the parent pesticide) is identified as being a risk driver but without toxicity data – that’s an uncertainty that takes a little time to work through,” Goodis said. Tumor data that are submitted late in the process also add to the difficulty of meeting the PRIA deadline. “That’s one reason why we want to see if we can focus a bit more on completeness and quality of data when it comes through the front door,” he said.

The division will be keeping a close eye on dicamba developments this growing season. EPA classified the herbicide, blamed for numerous instances of drift damage last year, as restricted use, which requires more extensive recordkeeping and training in order to use it.

The registration for dicamba expires in November, and Goodis said his office is taking its task “very seriously.”

“We want to be in a place where we can make an appropriate regulatory decision for the use of that compound in (2019),” he said.

CropLife President and CEO Jay Vroom, who is retiring from the organization at the end of the year, suggested during the question-and-answer period that OPP solve some of its workload issues by collaborating more with EPA’s Office of Research and Development and its Office of International and Tribal Affairs. (Kimberly Nesci, deputy director of OPP’s Environmental Fate and Effect Division, said EFED is looking at all of ORD’s projects to make sure that it is actively supporting the division’s work.)

Also during the Q&A, Goodis was asked by a Bayer representative how pesticide registrants could help OPP with its resource issues.

"Be kind to our staff," he said. "We know you have deadlines and priorities. Keep in mind they have piles of priorities from other entities."