(This is part two of our story on the growing pains faced by newly legal marijuana growers in Humboldt County, California, which for decades has been one of the most productive illegal pot-producing regions in the country. The initial story dealt with the struggle over land in the county between dairy producers and ranchers and folks who want to get into the newly legal pot business, some with criminal backgrounds.)

Humboldt County in Northern California has been almost like a third-world country for 20 years in some regards, especially when it comes to agricultural water issues. For example, there’s the often unspoken issue of illegal marijuana growers stealing water, an issue that wasn’t worth the lives of local officials trying to regulate them, says Katherine Ziemer, the executive director of the Humboldt County Farm Bureau.

Before marijuana was legalized in the Golden State (in 1976 for medical use, and in 2016, for recreational use), local water quality officials would often show up at a Farm Bureau board meeting, and, rather than attempt to fine pot growers for diverting water illegally, they’d pick on dairy operators, who, she said were “sitting ducks.”

Then again, that was pre-legalization and there were different laws and underlying regulations at play. Humboldt County has lately been cracking down on illegal growers and stepping up its surveillance efforts, so this fall’s harvest might be different. It seems the county is doing its best to clean up the bad actors and dissuade more from coming in.

“We thought that if they legalized it we could get a handle on some of it," Ziemer said. "Well, we’re going to get a handle in the county on 10 percent of it, and that’s better than nothing.”

Part of that 10 percent is Nathan Whittington, a board member of the California Growers Association and owner of Ladybug Herbal Sanctuary Cooperative Inc. in Humboldt County. He is currently helping the county develop rules for regulated cannabis licensing, while operating one of the first, cottage-size marijuana farms to be permitted in Humboldt County. He bought his 2,400-square-foot property about seven years ago, which sits right among some of the county’s dairies and cattle ranches. 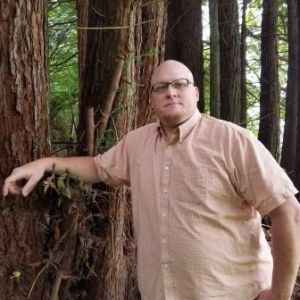 Whittington sought help in navigating the intricate network of state and local farming regulations from his neighbors in the dairy industry, which he calls “the metric of what it takes to be a regulated industry in California.”

“When I first started working on the ordinance 1.0 for the county, I went out and spoke with one of the dairy farmers. I said, ‘Hey, I can’t think of any industry in California agriculture that is more regulated than you,’ and he said, ‘Yeah, you’re exactly right.’ So, I said, ‘OK, how many regulation binders do you have?’ He said, ‘Oh, I have 21 binders,’ didn’t even bat an eye. I was like, ‘21 binders? Holy smokes!’ Now I’m up to 19 compliance binders in my list.”

In fact, it seems like legal pot growers have inherited a lot of the same problems traditional farmers have. The only difference is that most agricultural commodities don’t have the stigma that comes from being a Schedule I drug in the eyes of the federal government. It doesn’t help that a large number of black market cannabis growers remain in Humboldt County and ship their product to other states where pot is still against the law. These growers ignore the regulations, while legal growers are beset with large start-up fees, low return on investment and other regulations that are still being produced.

“I’ve had to jump through so many hoops that it has cost me well over $38,000 just to get a production permit to do any agricultural activity with cannabis,” Whittington said. “So, the barriers to entry are quite high, and the benefits therein are pretty low, when it comes down to it.”

“We operated at a loss last year and I anticipate us operating at a loss this year, and we’re hoping by the third year we’ll see positive ROI in this industry,” he said.

He added that many of the smaller-scale pot growers don’t have the means to go legal, despite their wishes, and that they are getting lumped in with all the large illegal growers and cartel operations.

“The small mom and pop growers … historically have grown just enough cannabis to provide medicine for a couple of family members and maybe they had a little bit of supplemental income from their production,” he said. “They don’t have the pickle barrels full of money buried in the woods like everybody thinks. Those are the people who cannot afford $35,000 to go through a permitting program, and now, because they’re not in it, they’re being branded as outlaws to the tune of these people who have been doing mega-grows in the county.”

Many of these growers who are longing for legitimacy are being forced to close up shop due to inadequate assets to comply with the permitting process.

“That’s the problem, we’re about to lose a lot of the best cultivators due to the over-burdensome regulations,” he said. “If we can double down on really pushing this towards the Ag side and get more collaboration with existing agricultural industries to work together towards reasonable regulatory compliance, then maybe I can take some of these displaced people and reintegrate them into a better location to expand their knowledge base and bring those innovative practices to clearly define the Humboldt County brand as a whole.”

Despite the uphill battle post-legalization, Whittington is still optimistic about the future of California cannabis cultivation. There is a bill in the legislature right now for state-chartered banking to handle the billions of dollars created by the legal weed market. He believes it has a high probability of passing. And President Donald Trump has indicated a lack of interest in pursuing growers in states which have legalized marijuana.

“I’m a board member of the California Growers Association and the Humboldt County Growers Alliance and we’ve been supporting banking,” he said. “We see some potential for positive access to banking here within the next year for farmers. That’s a big deal, especially with the changes on the federal level, we’re seeing a lot more willingness for investors and banks to get involved in the industry.”

Whittington is currently leasing some local properties for marijuana cultivation, and one of them is from a local rancher.

“He’s a grass-fed beef farmer who does crop rotation and permaculture, and we can envision a time down the road where we’re going to be able to put cannabis into the crop rotation up there,” he said. “This is really something we’re starting to play with and we’re seeing a symbiosis here that can really benefit all aspects of both industries.”

Legal weed comes with a lot of regulatory baggage, though, and establishing comfortable relationships between legal growers and traditional Ag is, in many cases, just an aspiration.

Says Whittington: “There is a way that the industries can work together, but at this point the regulatory environment is so volatile, the overregulation by every agency involved is a very scary fact, and existing Ag industries will not accept that kind of regulation right out of the gate, so until those issues can be addressed and minimized, I don’t see much involvement coming from existing Ag.”

Melissa Lema of Western United Dairymen seemed to agree that the marijuana industry and conventional agriculture share similar struggles and should be able to find a way to work together.

"As far as our dairy producers are concerned, it’s hard for a lot of people to grasp the fact that the cannabis industry is a legal industry now, and from my perspective as a producer-advocate, I just see that we have a lot of the same challenges,” she said. “Whether it’s land use, water, other environmental regulations, we’re kind of butting our heads against the same things. I think we all have the same challenges, so hopefully going forward we can do a little more work together on facing those regulatory and labor issues. They’re part of the industry whether we like it or not.”