Signaling how costly and widespread the shortage is, USDA’s National Institute of Food and Agriculture (NIFA) reports that for its primary support program for rural veterinarians, “From FY 2010 through FY 2017, NIFA received 1,349 applications from which 447 VMLRP (loan repayment) awards were offered.” This means the program’s insufficient funding left more than 900 veterinarians without hoped-for USDA support to carry out their plans to either open new rural practices serving livestock producers or expand their existing practices because they've been able to pay off part of their educational loans.

USDA is fighting the shortage aggressively with help from Congress. But clearly more help is needed, observers say.

Adele Turzillo, NIFA’s Animal Systems Division director, tells Agri-Pulse that it’s too early to assess whether the new grant program, which awarded its first grants in 2016, has significantly impacted the shortage situation. But based on both enthusiastic feedback from awardees and a five-year 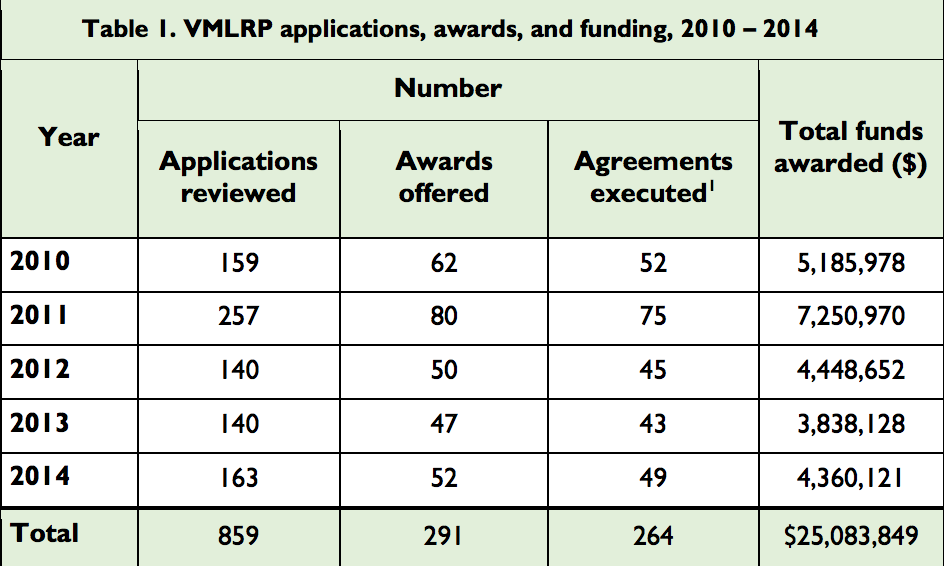 assessment of the VMLRP program, this research scientist concludes that “we believe that through these sister programs, we are addressing these shortages.”

NIFA’s five-year VMLRP report notes (see chart) that “sufficient data are not yet available to accurately assess the long-term impact of the VMLRP.” But it adds that some awardees have “indicated that they have bought or plan to buy into a local veterinary practice – a significant career decision made financially possible, in part, through debt repayment support.”

The report highlights the seriousness of the shortage. It points out that “long-term shifts in the veterinary workforce have left some food-animal producers, especially those in rural and remote areas of the United States, without access to adequate veterinary medical services.” Noting that the numbers of food-animal practice veterinarians have been in steady decline, the report warns that “Today, only 5 to 8 percent of graduating veterinarians join private practices with an emphasis on food animals.”

Turzillo echoes that point. She says NIFA’s veterinary initiative focuses on helping veterinarians repay their “crippling debt load” from vet school. She also notes that NIFA’s new grants both help support rural veterinary practices and help vet schools teach the skills needed “to be a successful food-animal veterinarian where you’re out in a rural area where you don’t have a lot of help or other people to lean on.”

Turzillo adds that there is a national need to address the shortage. Supporting new rural veterinary practices helps not only rural vets and animal health “but also has impacts on the safety of the food that is derived from food animals,” including beef, dairy products, pork and poultry, she says. 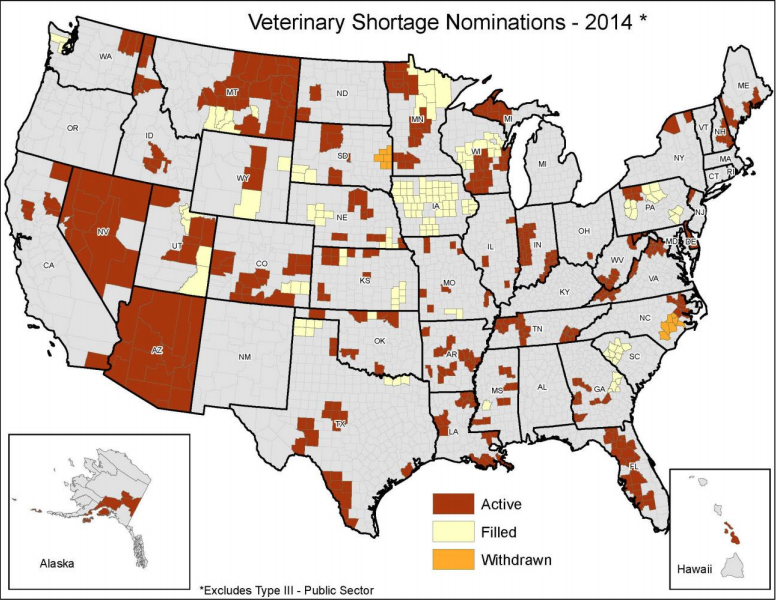 To help attract more veterinarians to open or expand food-animal veterinary practices in shortage areas, Sen. Mike Crapo, R-Idaho, introduced his bipartisan Veterinary Medicine Loan Repayment Program Enhancement Act, S. 487, last year with 12 Republican and 12 Democratic co-sponsors, including Sen. Debbie Stabenow, D-Mich. The bill and its bipartisan House version, H.R. 1268, sponsored by Rep. Adrian Smith, R-Neb., along with 15 Republican and 22 Democratic co-sponsors, would eliminate the current IRS withholding tax on NIFA loan repayment awards to veterinarians who agree to work in shortage areas for at least three years. The result: awardees would get the full benefit of NIFA payments, without any deduction for taxes.

Calling on Congress to pass the legislation, American Veterinary Medical Association President Dr. Michael Topper explains that “Veterinarians are the best line of defense against animal diseases that can endanger humans, destroy livestock herds and hurt rural economies.” He warns that “When communities have inadequate access to veterinary care, the consequences can be widespread. It’s urgent that Congress takes action to alleviate veterinary shortages across the country.”

The American Farm Bureau Federation also supports the loan repayment program fix. “Expansion of the VMLRP will not only help to improve the health of farm animals but will contribute to the safety of our food supply,” American Farm Bureau Federation President Zippy Duvall said in an April 26 letter to Congress, explaining that “Many farmers and ranchers operate in areas that lack adequate veterinary services for their livestock.”