Beekeepers say splitting up is hard to do

Beekeepers have been struggling with high winter loss rates for more than 10 years, but a report from USDA’s Economic Research Service says they have been able to offset the costs of replacing colonies by providing more pollination services.

In addition, ERS says beekeepers’ skill at replacing colonies lost during the winter has kept the overall number of colonies steady in recent years. “Findings show no systematic relationship between winter loss rates and subsequent annual changes in the number of managed colonies,” the report says.

The biggest driver in the growth of pollination services has been almond production. Between 1988 and 2016, “real beekeeper revenue per colony more than doubled,” ERS said. “This increase resulted primarily from a doubling of real honey prices over that time span, as well as dramatic growth in both almond acreage and almond pollination service fees.” According to the report, pollination services in 1988 accounted for only 11 percent of revenue, a figure that jumped to 41 percent by 2016.

Beekeepers used to derive most of their income from selling honey, but in 2016 revenue was almost evenly split, the report said. Beekeepers with more than five colonies earned total revenues of $338 million from pollination services and $335 million from honey in 2016, according to USDA data cited in the report.

Colony Collapse Disorder was first identified as a cause of high winter loss rates in 2006-07, but since then, “The lack of major changes in most economic indicators . . . suggests that adjustments in beekeeping, farming, wholesale production, and consumption have been made quickly and effectively. Direct evidence suggests that most of the adjustment has occurred at the level of the beekeeper, with less adjustment at downstream levels in the production and marketing chain.”

With winter loss rates averaging 28.7 percent since 2006, about double the historical rate, beekeepers have become adept at splitting existing colonies or creating new ones, the report notes. Splitting, as the name suggests, involves making two hives out of one.

“Splitting to replace lost colonies involves relatively few explicit costs beyond the usual costs of maintaining a colony,” the report says. “In addition to enabling beekeepers to expand their colony stock, splitting colonies provides beekeepers with a way to respond relatively quickly and economically to colony losses.”

Beekeepers, however, said that the report doesn’t take into account all the costs associated with being forced to create new colonies to replace lost ones. 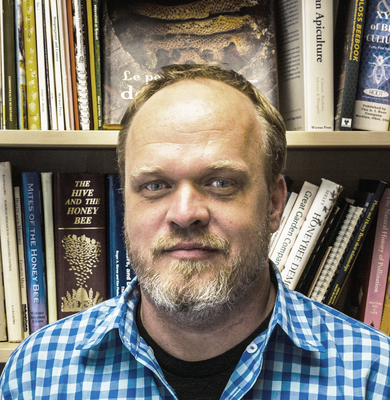 “I think what the cost of splitting seems to exclude is the lost productivity of the colony being split,” said Dennis vanEngelsdorp, an entomologist and bee expert at the University of Maryland.

The report said it takes about six weeks for a split hive to be ready for pollination services, but California beekeeper Gene Brandi, past president of the American Beekeeping Federation, said that’s only if all conditions – including the availability of enough forage for the bees – are optimal. He said the report’s estimate of three weeks before the parent hive – the one that was split – is ready to go for pollination services is too short.

“Repopulating after splitting depends on how severely the colony was split, the season of the year, the quality of the Queen and her ability to lay an adequate number of good eggs, as well as the food availability/foraging conditions of the area,” he said. “In my opinion, it is not feasible for a colony that is truly split (in half) to be back to the way it was in three weeks.”

In addition, he said, about 10 percent of splits don’t survive long, meaning that beekeepers need to replace those, as well. “We’re splitting all the way through the season as necessary,” he said. 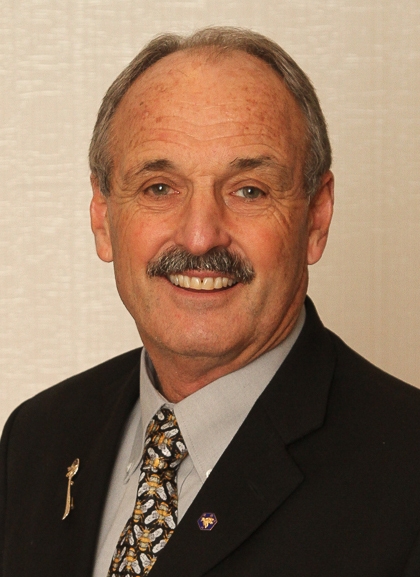 Brandi said beekeepers with diminished colony numbers also can miss a chance to provide pollination services in California. “There is also lost opportunity for beekeepers who are not able to pollinate almonds (as well as early blooming cherries and plums) in California due to the fact that their colonies that died over the winter are still dead in February when these crops are blooming and in need of pollination services,” he said in an email. “Major splitting of colonies to restock the mountains of dead hives begins in mid- to late March after almond pollination is complete.”

“It is only due to the hard work and determination of the nation's beekeepers that our honey bee colony numbers have been able to rebound, so far, by May or June only to diminish again in the fall and winter,” he said. “I can think of no other industry that has continually experienced the rate of loss that the bee industry has experienced since 2004.”

Eric Silva of North-South Government Strategies, the registered lobbyist for the American Honey Producers Association, notes that about two-thirds of the honey consumed in the United States is from outside the country. Beekeepers would like to expand to meet demand but they cannot.

“If they could double their honey output, they would do that,” he said. “The concern is that somehow this ERS report says things are OK, but things are not OK.”

Randal Rucker, a co-author of the ERS paper who is a professor in Montana State University’s Department of Agricultural Economics and Economics, said that the time estimates on splitting were based on numerous conversations with co-author Mike Burgett, an entomologist “who has spent the last 30-plus years working with beekeepers in Washington and Oregon.”

Rucker said the authors did not mean to imply that splitting hives is not an onerous process. “Beekeeping is a really hard way to make a living,” he said. “Nowhere do we suggest that beekeepers have it easy, or are making a huge amount of money at what they do. One of our primary feelings is that beekeepers have done an amazing job of responding to conditions that changed fairly dramatically in recent years. We think they are amazing businessmen.”