The Organic Trade Association was seriously blindsided last week when USDA summarily nixed OTA’s proposal for an industry-wide funding program for organic research and promotion – that is, a checkoff.

OTA, representing the full range of organic producers, especially large commercial operations, designed its proposal with USDA’s Agricultural Marketing Service, which oversees the National Organic Program. AMS posted it for public comment in the last days of the Obama administration in January 2017.

After an extended public input period that generated comments from about 14,800 people, AMS terminated the proposal, killing it before its next legally prescribed phase: a referendum of certified organic farmers, handlers and processors to approve creation of the checkoff program and assessment of participants’ sales receipts to fund it.

USDA said the public comments “revealed that there is a split within the industry” over the proposal and listed many of opponents’ most common complaints: for example, the financial burden on small entities to comply, and a disproportionate impact on high value commodities since assessments would be tied to sales value, plus the fairness and wisdom of a provision to exempt operations with annual receipts of less than $250,000 from mandatory assessments to fund the program.

An AMS spokesman told Agri-Pulse the proposal’s rejection allows for a redo, saying, “this rulemaking gives the organic industry time to reevaluate what type of program would be most valuable to its stakeholders . . .”

However, “We were very perplexed by USDA’s action,” said OTA Executive Director Laura Batcha. The agency’s “assertion that there is ‘uncertain industry support for and outstanding substantive issues with the proposed program’ is simply wrong,” she declared.

For OTA, she said, the termination was a bitter fifth anniversary of Congress’ May 2013 action when the House and the Senate both passed bipartisan amendments allowing USDA to propose an organic checkoff.

Batcha had understood from within USDA that “the career staff assessment was that we absolutely met the threshold to move forward to a referendum.” She charges USDA with cheating the organic community out of a vote on its program.

Miles McEvoy tends to agree. Now a consultant back in his home state of Washington, the AMS deputy administrator who headed the National Organic Program (NOP) through the entire Obama administration was at the helm in preparing OTA’s proposal.

McEvoy retired from AMS last fall and declined wading into pros and cons over USDA’s move to kill the proposal. But he observed: “There was certainly a fair amount of disagreement over whether (the checkoff) was a good thing to do or not. I think it was unfortunate that . . . organic growers and handlers . . . weren’t able to exercise their democratic rights to at least vote on the proposal.”

The huge bag of comments to USDA was certainly a mixed one. Most of the entries appeared to have used a form letter and were from consumers who love organic products and support a program to increase production. Many others appear to be original drafts from organic farmers, nearly all of whom were opposed and, most often, vehemently so. In perspective, small farmers nationwide have long been suspicious of checkoff programs generally, viewing their dollars spent on marketing and promotion as doing little or nothing to help them agronomically or economically.

Contributing to that attitude are several recent USDA decisions on the NOP, most of which have also displeased OTA, especially veteran members devoted to traditional organic practices. They include the approval for organic certification of hydroponic crops, killing proposed organic rules against cruelty to farm animals, and curtailing the topics that members and committees of the National Organic Standards Board could place on their own meeting agenda. (NOSB is an advisory panel to USDA.)

Thus, it’s hardly surprising that most of the negative comments on the proposal from farmers appear directed at USDA, not so much as OTA for making the proposal.

The view from Rachel Whitney, a Carpinteria, Calif., farmer was typical: “We are barely existing with the overload of paperwork required by the USDA with regulations, surveys and assessments. We're opposed to the organic checkoff, which does nothing for small farms. We don't even have equal representation in the checkoff process (as proposed) as it impacts organic growers with non-organic growers making the rules! This is just another federal program that's not needed and doesn't work. Leave us alone to make a living.”

Support for or opposition to the proposal seemed to depend on one's point of view. Batcha said, for example, that the $250,000 de minimis provision was an accommodation to small organic operators, letting them decide if they want in or out of the checkoff. Checkoff opponents, on the other hand, said that if the checkoff were approved, smaller operators would have to pay the assessments on their sales whether they voted for it or not.

Batcha notes, in perspective, that the proposal was for “a full-supply-chain checkoff. It was not farmers only,” and says it was designed so 80 percent of assessment dollars would come from organic product handlers.

She said OTA crunched the comments to USDA, matching them up against a USDA database of organic certified businesses (farmers, handlers, processors, marketers) and found there were twice as many favorable as unfavorable (1,230 versus 511) submissions. Still, she points out, those are voluntary comments, “not a vote. If you want to know if there is support, you have to go to a referendum,” she said. OTA kept its own list of organic businesses supporting the checkoff. 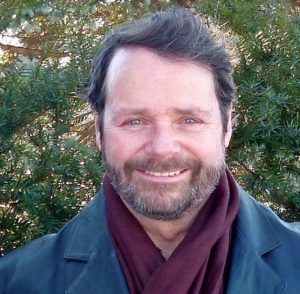 AMS was correct, however, in saying the organic sector is split and USDA insiders say career staff viewed the path forward as difficult from "day one." The checkoff amassed broad opposition from the Organic Consumers Association, regional organic farming groups, including OFARM in the Midwest and Plains, and the Northeast Organic Farming Association, and pro-organic entities such the Cornucopia Institute, which supports strict traditional organic standards. “We are delighted that this poorly thought-out proposal was rejected by the USDA,” said Will Fantle, the Institute’s co-director.

One coalition of organic producer groups, the No Organic Checkoff Coalition, even coalesced specifically to fight the checkoff.

Representatives of some national groups linked broadly to organic production, including the National Organic Coalition and the National Sustainable Agriculture Coalition, reported views within their memberships were too contentious to take a side. “We have member organizations on both sides of this split,” said the NOC’s Abby Youngblood. In the West, Kelly Damewood, policy director for the California Certified Organic Farmers, said the CCOF encouraged members to comments on the proposal, “and we would have welcomed the opportunity for our members to vote on a final proposal.”

The American Farm Bureau Federation, meanwhile, took no position, and the National Farmers Union described problems it had with the proposal, including insufficient farmer representation on the checkoff board, and called for significant revisions.

Is a new version of the proposal likely anytime soon? Batcha suggests that, after the extensive work with USDA to prepare the nixed plan, she’ll need better information about why the proposal was killed before taking the next step.

For more  news, go to www.Agri-Pulse.com