Snow and ice in late April prevented Iowa farmer Wayne Fredericks from planting as early as he normally would, but he knew that his soils and nearby streams were protected from erosion and runoff with a cover crop of cereal rye that he planted the previous fall, following corn and soybean harvest.

It’s a practice being adopted by a growing number of Midwestern farmers to improve yields, reduce nutrient costs, maintain soil quality, and protect the environment. But it’s not easy or cheap and sometimes involves a lot of trial and error. The long winter and cold spring left many farmers concerned about when they should terminate cover crops that had lagged in growth – even though crop insurance rules require growers to follow certain guidelines before planting corn and soybeans.

Jerry Hall, president and director of research for Grassland Oregon, a Salem-based wholesale seed breeder of forage and cover crop seed, says about 80 percent of the cover crop acreage on corn fields is seeded with some variety of cereal rye in the fall.

“The seed costs about $25 per acre, but they get it back two to three times in nitrogen reduction costs.” Farmers can also plant legumes—primarily clover or peas—on fields planted to small grains.

“There’s a lot of education that needs to go along with getting a cover crop right,” says Fredericks, who has been using no-till and strip till planting since the early 1990s and cover crops since 2012. He tried radish and crimson clover as cover crops before settling on cereal rye, which can germinate at very low soil temperatures in the fall and overwinters well in Iowa.

“We realize that there are tremendous benefits for water quality and we’ve been able to double our organic matter in our soils from 1992-2015,” he adds. “But we’re still learning how to manage cover crops.” 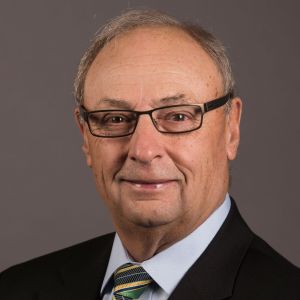 But the progress to date is still a small portion of the long-term expectations. In 2012, NWF and a coalition of about 36 other groups established both short- and long-term visions for cover crop adoption, including:

The short-term goal may have been met this year. Rob Myers, regional director of extension programs for USDA’s Sustainable Agriculture Research and Education (SARE) program’s North Central region, estimates that about 6 percent of cash crop acres are planted to cover crops this year.

“Historically, we are on a 15 percent year-to-year growth trend nationally based on the 2017 cover crop survey. If I had to estimate, I would say 18 million acres are planted to cover crops, give or take 2 million to 3 million acres,” Myers says.

Whether cover crops continue to increase at the historical 15 percent year-over-year rate will depend heavily on commodity prices, government funding for research and education, and on-farm incentives.

According to the Iowa Learning Farms 2017 Field Day Evaluation Report, Iowa cover crop acres grew last year by approximately 22 percent to 760,000 total acres – an estimate compiled from a survey of farmers who attended the organization’s field days in 2017.

“While the positive growth with shrinking profit margins is notable, the rate of growth is 10 percent less than the growth measured in 2016, and still well below the goal of 12.5 million acres of cover crops called for in Iowa’s Nutrient Reduction Strategy," the ILF report noted.

Roadblocks to adoption of cover plants include the growing number of rented acres and insufficient research and trials on the various uses and varieties of cover crops, he added.

While more U.S. farmers are trying out cover crops, adoption is much more advanced in many parts of the world, according to Risa DeMassi, co-founder of Grassland Oregon.