A bill that President Donald Trump is expected to sign into law will soon give rural banks some relief from Dodd-Frank regulations that  critics say have sometimes constrained agricultural lending.

The bipartisan legislation – the Economic Growth, Regulatory Relief, and Consumer Protection Act – loosens some capital requirements and other rules imposed as a result of the Dodd-Frank law that was enacted in the wake of the 2008 financial crisis.

Smaller banks have long chafed under some of the rules that they said unreasonably hindered their local lending.

The bill doesn’t affect Dodd-Frank rules that apply to the largest banks or to the futures market, which is regulated by the Commodity Futures Trading Commission.

“For the first time in nearly a decade, lawmakers from both parties have chosen to right-size financial rules that were not working as intended and holding the economy back,” said Rob Nichols, president and CEO of the American Bankers Association. 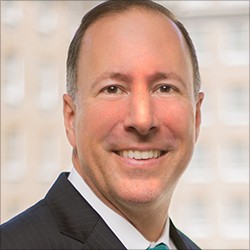 He said the legislation would allow community banks in particular to “get back to the basics of lending to creditworthy borrowers and businesses.”

The bill relaxes restrictions on mortgage lending as well as the Dodd-Frank capital requirements. Among the provisions is a change that would allow banks into areas where it is difficult to find a certified appraiser to potentially do the appraisal itself.

The Dodd-Frank capital rules sometimes snagged banks that were heavily concentrated in a particular sector such as agriculture. The requirements “will be simplified where you don’t have to do complex risk weighting of your lending,” said Paul Merski, group executive vice president of congressional relations and strategy for the Independent Community Bankers of America.

That in turn would “free up those banks to do more ag lending,” he said.

Another change would allow bank examinations to be done every 18 months instead of every year, which will tie up less staff time, Merski said.

Veronica Nigh, an economist for the American Farm Bureau Federation, said small rural banks had already benefited from previous loosening of Dodd-Frank, so the biggest impact of the legislation could be on larger institutions.

“It’s conceivable that this could have some impact on ag lending, though likely not as significant as the first easing of their requirements. It can only help access for farmers,” she said.

The bill also would allow banks with $50 billion to $250 billion in assets to operate with less oversight from the Treasury Department's Financial Stability Oversight Council.

The House passed the final version of the bill, 258-159, on Tuesday, clearing it for Trump’s signature. He posted a tweet Wednesday saying he would be signing a bill into law that would make “big changes to DODD FRANK.”

The secret to passing the bill, which doesn’t go far enough for many Republicans, was to develop a package of reforms that were modest enough to get support from a sufficient number of Senate Democrats, many of them from farm states.

Sen. Elizabeth Warren, D-Mass., led an unsuccessful effort to block the bill in the Senate. She said the legislation guts consumer protections and "could set the stage for another financial crisis, just like past bipartisan bills to roll back financial rules."

But 16 Democrats supported the bill when it passed the Senate in March, 67-31. Sens. Heidi Heitkamp, D-N.D., and Jon Tester, D-Mont., were among the Democrats who played critical roles in fashioning the compromise bill.

Thirty-three House Democrats, nearly a third of whom sit on the House Agriculture Committee, voted for the final version of the bill on Tuesday.