A worldwide troupe of farmers hoping to help speed up adoption of biotechnology and other advances in agriculture wrapped up a week together Friday with a webcast pep talk on spurring progress.

Participating in a Cornell University Alliance for Science leadership course, the 40 farmers and others from 14 countries (including the U.S.) spent a week in Rock Island, Ill., getting an update on biotech, robotics, machinery advances in farming, looking at ways to modernize public policy in those arenas and comparing notes and coaching each other on how to press for progress in their own countries.

The visiting farmers said they want their own farms to achieve the level of productivity enjoyed by American farmers, with their improved seed, biotech solutions, robotics and modern machinery. That especially includes ways to fight plant diseases such as citrus greening and banana wilt, as well as pests such as the cotton bollworm without poisoning themselves and their crops.

“We all want the same thing - we want access to innovations,” said U.K. farmer Andrew Osmond. Like other participating farmers – from Argentina, Denmark, Ghana, India, Kenya, Malawi, Mozambique, Nigeria, Philippines, South Africa, Tanzania, Uganda, Vietnam and Zimbabwe – Osmond wants his government to move along in approving genetically modified (GM) crops. He says U.K. biotech policy is bound to that of the European Union, and he hopes one benefit of the U.K. leaving the EU next year will be policies more accepting of biotech advances in agriculture.

The visiting farmers argued against restraints on pest-fighting traits for crops that so often leave them to either repeatedly spray toxic, expensive pesticides to control the pests or watch their crops fail, or both. “We can’t get the GM seeds into the hands of farmers because of public policies,” a farmer from the Philippines complained.

Liem Pham Quoc, a Vietnam vegetable farmer, also wants his nation to accept more GM crops so he can reduce pesticide use. “If you go to the fields right now, the smell of chemicals is very strong. Farmers are using many chemicals and it is bad for them and bad for the environment,” he said. 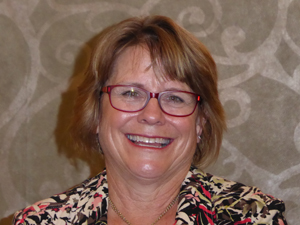 “We are currently doing a system that is unsafe, and running from something that is safe,” declared Patience Koku of Nigeria. African armyworms destroy crops on her continent, she said, and the infestations continue for months until the field crops mature. Koku said farmers have been spraying from two to 10 times in a season – even spraying rat poison. “When you think about the risk to the (health of) farmers who spray the chemicals, the cost to the farmers,” the need for biotech alternatives is clear, she said. “We have to do all we can to get what is available to use with biotechnology” so farmers can “spray less and the crops are safe for consumption,”

Vanessa Kummer of North Dakota celebrates her farm’s conversion years ago to biotech crops and the avoidance of toxic pesticides. She said her family’s corn crop faced the same dilemma that foreign farmers were reporting. But corn with the Bt trait arrived in the 1990s, giving it the resistance to rootworm and corn borer. Before Bt, “we would use a chemical called ‘Counter,’ which was very toxic” to people, and it killed all insects and spiders and even damaged other crops. Now, with Bt, “the action is in the seed and underground. Yet it’s protecting that corn plant, and it’s protecting it from the inside. We’re not harming the butterflies; we’re not harming the bees.” The biotech trait is “a huge development for us," she said. "It is healthier for us. A lot of farmers get cancer . . . because of the chemicals we used to use," she argued.

V. Ravichandran, who has been growing cotton in India since 1986, had a similar story. Before Bt cotton, which kills bollworms, became available in India, “I was spraying all kinds of insecticides . . . three or four different chemicals.” Bt cotton remains the only biotech crop available to Indian farmers, he said, but it has allowed him to “tremendously reduce” his use of insecticides. In fact, he has been able to let spiders and other beneficial insects thrive in his cotton fields, “and they take care of the secondary pests,” and relieve the need and cost of other insecticides. 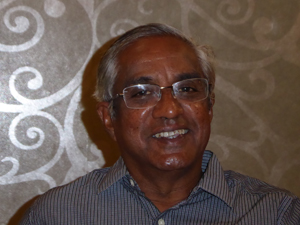 Rodney Kili of Kenya said climate change and warmer weather have resulted in arrival of new crop diseases and worsened pest invasions in his country’s fields. “We are pumping in more pesticides than ever, and it is more expensive,” he said, and “farmers there are growing crops “that are not as healthy as before.”

Osmond agrees that the Earth faces climate change, “but the climate change we need is in the attitude of politicians and the public in Europe,” where suspicions run high against farm biotech traits. “The science and the innovations would give us such opportunities,” he said, but “it falls on us (farmers) to educate not only ourselves but the public as well,” he said.