Traditional petroleum-based plastics that can survive for centuries are piling ever deeper across once pristine beaches and ocean floors around the world. According to a 120-page plastics report from the World Economic Forum and the Ellen MacArthur Foundation, “the ocean is expected to contain one ton of plastic for every three tons of fish by 2025, and by 2050, more plastics than fish (by weight).”

The good news is that agriculture is already delivering a potential solution: compostable bioplastics made from sustainable plant materials, not petroleum. Among bioplastics’ promised benefits, once bioplastics replace traditional plastics and more plastics of all types are handled responsibly rather than discarded:

More good news comes from the Senate’s proposed 2018 farm bill. In contrast to the House version that drops past farm bills’ Energy Title, the Senate's expands key energy provisions. If the two chambers pass their bills and then hammer out a compromise in a conference, these provisions could significantly benefit bioplastics. The key changes in the Senate bill would expand the definition of “Biobased Product” to include “renewable chemicals” and would redefine “Biorefinery” to include converting renewable biomass into the renewable chemicals needed for producing bioplastics. These changes could unleash new federal funding for bioplastics development.

BioCognito Principal Nathan Danielson, who advises the National Corn Growers Association (NCGA) on market development, is confident that bioplastics will continue their current rapid growth, now estimated at over 25 percent per year. He tells Agri-Pulse that with major companies aggressively competing to develop new bioplastics technologies, “I think it’s reasonable to say we’re talking hundreds of millions of bushels (of corn) at least and perhaps billions of extra bushels that could go into bioplastics in addition to PLA and PDO, which are plastics feedstocks made from corn today.”

Danielson points out that, as part of some 300 million metric tons of petroleum-based plastics produced per-year globally (with perhaps 10 to 20 million tons of this ending up polluting the oceans), about 19 million tons are polyethylene terephthalate (PET) soda bottles. according to Plastics Europe.

“If we replaced 25 percent of that PET volume with PFE (which could be made from corn-based monoethylene glycol (MEG) and corn-based furandicarboxylic acid (FDCA), we would use approximately 300 million bushels of corn. The process would also produce 3 million tons of high protein animal feed.” 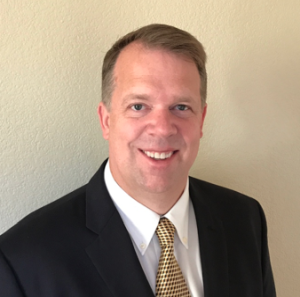 Danielson expects corn-based MEG/FDCA bottles to capture “huge markets” based simply on their performance benefits such as lighter weight and an improved gas barrier that extends shelf life and makes it possible to use bioplastic bottles for beer. He adds that rather than expecting manufacturers to switch based only on environmental benefits, “we’re asking you to switch out for a bio-advantaged material offering better performance.”

“If you do the math,” Danielson says, “if we got to 25 percent of the PET market, with a molecule that’s a better molecule, how many bushels does that grind? We’re talking big numbers, not necessarily the 5 billion bushels that we get from corn ethanol, but it’s still going to be very sizeable.”

Minnesota-based Cargill, an international agriculture, nutrition and risk-management leader, saw bioplastics’ market prospects early. It launched its pioneering bioplastics research in 1988, and today the company’s NatureWorks manufacturing plant in Blair, Neb. (pictured above), has the capacity to produce 150,000 metric tons of its Ingeo biopolymer plastic resin a year. Jointly owned by Cargill and  PTT Global Chemical, Thailand’s largest chemical producer, NatureWorks "is experiencing strong growth," according to a company spokesman.

“What we’re seeing is a demand for materials that are new, that have unique properties that are utilized to make applications perform better while introducing renewable or biobased attributes and, potentially, new end-of-life opportunities like compostability,” says Leah Ford, global marketing and communications manager for Nature Works. She says this demand is creating increased use of corn starch, the feedstock for the polylactic acid (PLA) that’s turned into the long-chain polylactide polymer that NatureWorks has branded as Ingeo. 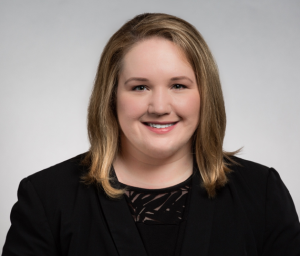 But Ford warns farmers against expecting a bonanza – and dismisses critics’ charges that using corn for bioplastics drives up food prices. “There is no doubt that demand for corn and soybean feedstock will rise, but no one is predicting a spike in demand,” she says. “Even at capacity, our Ingeo manufacturing facility in Blair, Nebraska, would use the starch from less than 0.03 percent of the annual global corn crop.”

Ingeo isn’t suitable for home composting since higher temperatures are needed. That one drawback has critics charging that PLA degrades only under controlled conditions in a slow process requiring a steady diet of digestive microbes. However, Ingeo is fully certified for commercial organic composting, recycling, and incineration. It’s also being recycled to produce new PLA products.

“With more than 2 billion pounds of Ingeo sold and an efficient, mature sales channel in place,” Ford concludes, “the economies of scale make this innovative plastic a candidate for substitution where it exceeds incumbents in terms of cost and performance.”

NatureWorks is just one of many companies turning starch, oils, sugars and other ag resources into higher-performing replacements for petroleum-based feedstocks. As an added bonus, the switch reduces the amount of greenhouse gas emissions from plastics production.

One of the innovative start-ups launching new products is Kansas-based Green Dot Bioplastics, a bioscience company founded in 2011. It sells a range of bioplastics such as its Terratek Flex elastomer “developed to meet growing demand for biobased and compostable materials with fewer of the drawbacks associated with traditional plastics.”

Pointing to accelerating global demand for more environmentally responsible products, Green Dot notes that according to United Nations reports, “petroleum-based plastic production costs the world economy $75 billion each year in natural capital. Plastic incineration and marine pollution are accounted for in that figure, but it is also estimated that fully 30 percent of that number is the result of ‘greenhouse gas emissions from raw material extraction and processing.’”

With rapidly rising demand for bioplastics, companies and research labs across the globe are competing aggressively to develop new bioplastics technologies to provide a winning combination: lower cost, better performance with new features like a better vapor barrier than petroleum plastics can deliver, and bankable environmental benefits.

Along with NatureWorks, major competitors include DuPont. Its breakthrough products include DuPont Sorona, an eco-friendly plastic that’s 20 to 37 percent corn by weight, with the strength and molding characteristics needed to replace PBT (polybutylene terephthalate) in industries from automotive and electronics to oil and gas. Other bioplastics innovators include Arkema, BASF, Bayer, Braskem, Corbion, Eastman Chemical Company, Lanxess AG, Novamont, PSM, and Toray Industries.

ICPB got its first MEG patent in 2015 and is busy filing additional patents. ICPB’s goal is to replace petroleum with corn as the preferred feedstock for the more than 60 billion pounds of MEG used every year to manufacture about 30 percent of the world’s plastic bottles and polyester.

Based on forecasts that global MEG demand will grow at an annual 4 percent rate, ICPB notes that “If this 4 percent is captured by corn-based MEG, this could raise the demand for corn to an additional 94 million bushels a year.” This would be on top of whatever share of current demand shifts from petroleum as more manufacturers understand the cost savings, enhanced performance, and environmental boasting rights offered by new ag-based biotechnology.

(This story is the first part of a two-part series on Bioplastics. Next week’s report will address how trade tensions are adding urgency to expanding bioplastics markets.)