Bob Brock sees big things coming in the use of drones in agriculture.

“The possibilities are truly endless,” said Brock, a retired Air Force pilot and the first director of Unmanned Aircraft Systems for the state of Kansas. “We talk about this routinely as analogous to the use of the iPhone. Most of us forget that’s only 11 years old and the progress with that device has been remarkable in so short a time. I think that’s fairly predictive for drone technology.”

The awardees are targeting subjects such as package delivery, autonomous vehicle interoperability, surveillance and infrastructure inspection, but Kansas DOT is one of three such entities – along with the North Dakota Department of Transportation and the Choctaw Nation of Oklahoma – where agricultural use was mentioned as a priority. Participants in the program were given up to three years to conduct their research, which will be used to update the Federal Aviation Administration’s rules for flying small unmanned aircraft (under 55 pounds), often referred to as Part 107.

Brock and others involved with drones and agriculture see the current regulation that requires operators to maintain unaided visual contact with their drones as one of the biggest hindrances to use of the technology by farmers and ranchers. As part of the pilot program, Brock and his researchers are being allowed to experiment beyond line of sight. 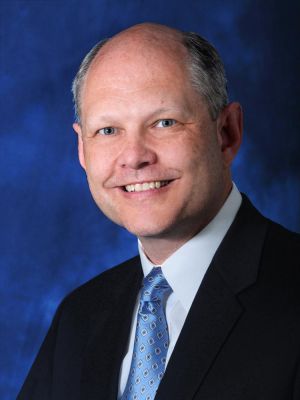 “To use the technology most efficiently, a farmer needs to be able to send an aircraft out over farmland and collect data that heretofore needed to be gathered on foot, or using drones restricted to line of sight,” he said. “That’s not very practical."

“Industry is looking for these tools to be more proactive,” said Brock, who noted that ranchers could be using drones to measure the temperature of individual cows to assess their health, and farmers could be employing the devices to look for hydration, and pest problems over spreads large and small, “resulting in big cost savings.”

Brock said his team will also be collecting data on how to use unmanned aircraft in search and rescue missions along lonely country roads that sometimes become impassible due to snow or flooding, as well as for inspections of infrastructure including power lines and bridges.

“We’ve got 5,000 bridges in Kansas and any cost-saving we can do is important to taxpayers,” he said. “Studies have shown the potential to save as much as $5 million to $10 million alone just on bridge inspections in Kansas. We’re trying to confirm that.”

Nationwide, the benefits of continued integration of unmanned aircraft systems into the economy are more than substantial. The Association for Unmanned Vehicle Systems International (AUVSI) estimates that through 2025, the industry will have created 100,000 jobs with an economic impact of $82 billion.

Jim Robbins, a professor and extension drone specialist with the University of Arkansas System Division of Agriculture, agrees that the future of the technology is almost limitless, although he approves of the caution the U.S. government is taking in considering changes to drone regulations.

“We have to be careful,” Robbins says. “Like any emerging technology, things are changing very rapidly. We need research-based information behind what we’re doing,” and the U.S.-DOT experimental programs should provide that, he says.

Robbins predicts that five years from now, the majority of medium to large farm operations will own drones for their own use – to monitor their crops and animals, to check up on the condition of infrastructure such as irrigation equipment, and for sales and marketing, as in providing fresh images for a website.

“If your website doesn’t have this kind of imagery, you’ll be missing out,” Robbins said.