Home » Summer crop weather in the US: disparate and volatile
Environment News

Summer crop weather in the US: disparate and volatile

For many U.S. farmers, this season’s version of rainfall roulette seems especially disparate.

For example, check out these summer weather snapshots:

Jake Crouch, a National Oceanic and Atmospheric Administration meteorologist stationed at Asheville, N.C., has watched recent extremes in weather firsthand. May brought record downpours that caused mudslides and flooded towns and farms in his part of western North Carolina.

“In Asheville, we had our wettest month ever in May . . . and most of the rain fell within two weeks,” Crouch said. The total, 14.68 inches, surpassed the previous record set in August 1940 for any one month – and NOAA’s rainfall records for Asheville run back to 1869.

“The way we receive our precipitation is changing, and that’s showing up pretty clearly in our data," Crouch said. “We are getting more rainfall in single events, and then there is more time between those events. What that does is cause more flooding, because we receive more precipitation at one time. It also intensifies drought, because between the rain events the times are getting longer, which allows drought to develop.”

“Over the last couple of decades,” he said, “we’ve seen this pattern emerge ... more precipitation in single events and longer dry spells.”

“It’s year-round. It’s not just a spring or summer thing,” he notes, though in all locations the most rain usually falls in the warmest months. Crouch says this trend toward increasingly severe downpours is happening while climate change is also making northern U.S. regions warmer and wetter, and southern regions drier.

The U.S. mid-section is also having weather divergence this year. Crouch notes that the Southern Plains (Nebraska and eastern Colorado south to Texas), which came into 2018 in extreme drought, “have been seeing some drought improvement. It’s a little late for the winter wheat crop ...  but it's helping with wildfires and other water resource issues."

Drought continues across much of the Southwest and Southern Plains (despite recent heavy rains in some areas). But it also persists in northern Missouri, where extended drought is ruining crops, drying up pastures and even choking off livestock water sources. The scene is similar in eastern Oregon, where Gov. Kate Brown has declared drought emergencies in six counties.

Aaron Harries, vice president of research and operations for the Kansas Wheat Commission, said rains that finally arrived in May and early June in western Kansas likely helped the crop finish well in some areas. But he believes USDA estimated too few acres as failed and abandoned. The Kansas Wheat Quality Council projected the Kansas harvest at 243 million bushels – down 27 percent from 2018. 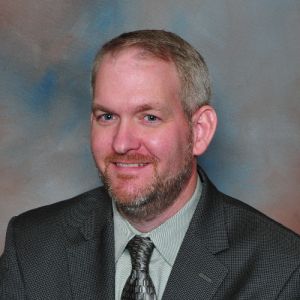 Meanwhile, rain has arrived recently, roulette style, in torrents in areas across the contiguous states, from Montana east across the Northern Plains, Great Lakes states, Mid-Atlantic, the Southeast and southern Texas as well. The National Weather Service’s interactive rainfall map shows more than 10 inches of rain in the past 30 days in many large areas of those regions, and 20 inches in many selected areas.

Though usually uneven, this year’s plentiful rains have promoted crops in most of the country. The USDA crop progress report, for example, shows pasture and range to be poor only in the main drought-impacted states. Nationally, it scores 80 percent as fair, good, or excellent, up 3 percentage points from a year ago.

In Montana and North Dakota, where drought zapped crops and pastures a year ago, Montana’s mountains got massive snowfalls last winter and rains have returned in most spring wheat growing areas. In fact, USDA’s crop progress report this week scores 77 percent of the spring wheat crop in the region, which includes North and South Dakota, as good to excellent, versus 40 percent a year ago. Just 1 percent of the North Dakota crop was listed as very poor.

Erica Olson, the North Dakota Wheat Commission’s market development and research manager, said some wheat in her state was planted into warm, dry soil and didn’t germinate evenly, and some parts of the western third of the state haven’t seen much drought relief yet. The subsoil remains very dry in many areas, she said, so “I wouldn’t say we are out of the woods. But I think most producers would say they’re much better off than last year.”

Danni Beer, who farms and ranches in one of last year’s most droughty areas, near North Dakota’s southwest border, said the limited rainfall so far has done little or nothing to refill creeks and dams, but “we have received enough moisture to have grass and keep the later spring wheat and corn and sunflowers growing.”