(Note: This is the second of a two-part series looking at the potential for farmers to replace petroleum-based plastics with more sustainable and biodegradable materials.)

With an escalating trade war threatening to drive already low commodity prices and farm income even lower, could bioplastics be part of a sorely needed rescue mission?

Bauman looks forward to increasing the use of corn, soybeans and other ag resources as feedstocks for the industrial chemicals needed to produce plastics. With U.S. corn yields increasing at about 1.2 percent per year, he says, that adds up to “a big volume, about 150 to 200 million bushels per year (assuming the same number of acres) that we have to find new homes for, whether that’s through new uses, animal ag, ethanol, or a combination of all of them.” 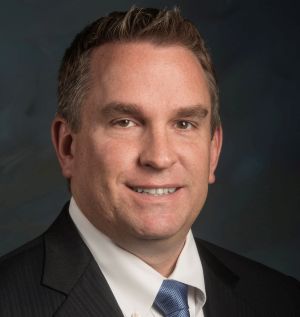 “We’re optimistic that our animal ag and ethanol partners will continue to grow at healthy rates, but given the current level of production, U.S. farmers must seek out additional incremental sources of demand.”

Bauman warns that “If we don’t find new uses, new demand for corn, unfortunately prices may not support future production at or above current levels. Corn acres could switch to other crops resulting in reduced production until prices find an equilibrium with production costs.”

Bauman points out that with bioplastics currently supplying less than 1 percent of the overall plastics market, “there is a huge potential opportunity.” He adds that corn is ideally positioned to seize this opportunity because “U.S. corn represents a consistent, reliable, economically competitive, sustainably produced feedstock.”

Yet Bauman cautions against expecting bioplastics to rival the U.S. ethanol industry’s demand for 5.6 billion bushels of corn per year. “We realize the bump in demand we saw thanks to ethanol is more than likely a once-in-a-lifetime type of event,” he said.

“There may not be another ethanol-sized opportunity out there for corn,” Bauman concludes. But he says “NCGA is looking for a combination of multiple incremental uses of corn that add up to have a big impact … There are going to be a lot of them and a lot of different pathways taken to get to there … And there are a number of efforts underway to support these new uses of corn. These range from state incentives for biobased products to USDA’s BioPreferred Program, which has helped government agencies source hundreds of millions of dollars of products from renewable sources.”

The search for multiple new markets was the message, too, at this June’s NCGA 2018 Corn Utilization and Technology Conference in St. Louis. Papers delivered there covered a broad sweep of new market potential for corn. One session highlighted the Energy Department’s National Renewable Energy Laboratory (NREL) work on producing ag-based “Renewable Acrylonitrile.”

Acrylonitrile, until now petroleum-based, is a commodity chemical with commercial applications including acrylic fibers, plastic packaging, and carbon fiber composites used for light-weighting and strengthening vehicles and aircraft. With NREL’s new non-toxic, cost-cutting acrylonitrile process, carbon fiber that is five times stronger than steel could become standard for ordinary passenger cars, creating a major new market for farmers through “the conversion of lignocellulosic biomass to renewable acrylonitrile and carbon fibers.”

Environmental benefits, experts explain, could be a major driver for the shift already underway. For example, the European Union, California and other jurisdictions around the world are implementing new restrictions and some outright bans on traditional plastics like the straws, Q-tips and detergent bottles polluting the world’s oceans. Major corporations are also introducing or strengthening policies designed to highlight their commitment to environmental responsibility.

As one example, Coca-Cola pledges that by 2030 it will “collect and recycle the equivalent of” 100 percent of the 128 billion bottles it makes every year. On the way there, Coke has developed its own 30 percent plant-based “PlantBottle” that it will use for all its new PET plastic bottles starting in 2020.

Michael Erker, director of biobased products for the United Soybean Board, points to the disparity between the U.S. currently producing about 113 billion pounds of all types of plastics per year while the total current listed capacity for U.S. bioplastics plants is 722 million pounds. That’s less than 1 percent of total plastics production.

For Erker, this mismatch spells massive opportunity. He says the soybean industry has demonstrated what farmer enthusiasm and farmer-funded research can do – turn biodiesel into “a major market for soybean oil” over just 25 years. Based on this success, he sees bioplastics as potentially an even larger market because, whether in plastics, cleaning solvents or similar areas, “as long as we continue to do good research with good companies, there’s always going to be an opportunity for us to increase the use of soy in industrial products.” 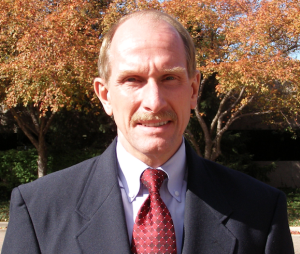 Similarly, Ramani Narayan, distinguished professor of chemical and material science engineering at Michigan State University, explains that there’s significant market potential for bioplastics because all single-use disposable packaging and products like cups and cutlery “could potentially be made from compostable plastics.”

Narayan notes that Major League Baseball has made significant commitments to recycling and composting, and that for some teams, such as the Seattle Mariners, “Everything sold over the counter at the ballparks is compostable and all the waste is also organic, so they can all be in one bag and composted.” The result: “During 2013, due to recycling and composting, the Mariners diverted over 3 million pounds of waste from the landfill, saving $114,000 in disposal costs.”

An added benefit from bioplastics use, Narayan says, is “a premium for the resin made from corn and soybeans that will come back to the farmer” as new demand boosts crop prices.

Narayan predicts that with the bioplastic industry’s continuing growth, “agricultural materials and residues will be a major feedstock to this industry.”

NatureWorks Global Marketing and Communications Manager Leah Ford is another fan of how the nation’s sports stadiums are boosting bioplastics like the corn-starch-based Ingeo produced by NatureWorks, a Cargill subsidiary. “Both Ingeo itself and final products like capsules or cups are certified for industrial composting by the Biodegradable Products Institute (BPI) in the US.,” she explains. “For many years across the U.S., municipalities that have implemented organics recycling programs are accepting Ingeo-based products that have been certified industrially compostable by BPI. In venues like sports stadiums, such as Target Field in Minneapolis, food-serviceware has diverted food waste to organics recycling, keeping it out of landfills and providing a cost savings to the stadium.”

“The key,” Ford says, “is to align the bioplastic product and local waste infrastructure toward an appropriate end-of-life solution” – a solution that could help bring new life to both the under-fire plastics industry and the financially stressed farm sector.