The Environmental Protection Agency relied on a faulty analysis by the Department of Energy when it rejected a West Virginia refinery’s request for an exemption from renewable fuel blending requirements, a federal appeals court ruled Friday.

In finding for Ergon-West Virginia (EWV), the 4th Circuit Court of Appeals called DOE’s analysis of whether the refinery suffered economic hardship “error-riddled.”

The decision “recognizes the significant and disproportionate hardship that (the Renewable Fuel Standard) places on small refineries,” EWV President Kris Patrick said in a news release.

Corn-state senators and renewable fuel groups strongly criticized former EPA Administrator Scott Pruitt’s granting of the waivers, saying they have resulted in “demand destruction” for ethanol, a claim disputed by the oil industry.

In the case of Ergon, EPA used a DOE analysis that scored different factors in order to gauge whether the company was harmed by the blending requirement.

Although EPA, by law, must consider DOE’S recommendations, “it may not turn a blind eye to errors and omissions apparent on the face of the report, which Ergon pointed out and the EPA did not address in any meaningful way,” the court said.

Looking at one factor – local market acceptance of E10 – DOE gave Ergon a zero, “completely disregarding the fact that approximately two- thirds of Ergon’s transportation fuel production is diesel, which must be mixed with biodiesel,” the court said.

On another factor, which measures a refinery’s capacity for blending renewable fuels with nonrenewable fuels, DOE looked only at ethanol, “ignoring Ergon’s biodiesel blending and giving Ergon a score of 0 for this category,” the court said.

“The DOE’s treatment of these two factors . . . is plainly arbitrary as it treats unfairly those facilities where diesel makes up a substantial percentage of their transportation fuel production,” the court said. “Despite the widespread acceptance of E10 gasoline, a local market may not readily accept diesel blended with biodiesel, placing refineries with higher-than-average production of diesel, like Ergon, at a measurable disadvantage.”

“Similarly . . . , while a facility may have a high capacity to blend ethanol with its nonrenewable fuel, it may not have the same capacity to blend biodiesel, so failing to score this factor again harms those facilities with higher-than-average production of diesel, like Ergon,” the court said.

But the Fueling American Jobs Coalition said the most important part of the ruling was the court’s language on Renewable Identification Numbers, the credits refineries use to comply with RFS requirements when they cannot blend enough fuel. 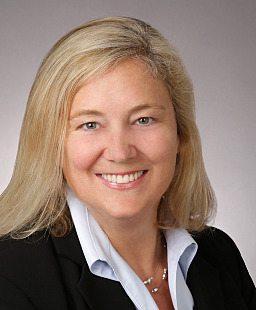 “EPA’s analysis of the effect of RIN prices on Ergon’s refining facility was arbitrary and capricious on this record because the EPA ignored specific evidence suggesting that those prices had a negative effect,” the court said.

Said the coalition: “The court said that each refinery faces specific circumstances with respect to their markets that can constrain pass-through of RINs costs, and any EPA generic assertion to the contrary was an insufficient basis upon which to deny (a waiver).”

LeAnn Johnson Koch, an attorney with Perkins Coie who represents Ergon, said of the decision, “Importantly, the court rejected EPA’s ‘industry-wide’ conclusion that refiners can pass through their RIN costs, recognizing that the ability of a refinery to pass through its RIN costs is a refinery-specific and fact specific determination.”

“The court’s decision is also an important reminder to opponents of small refinery hardship that the goal of the RFS is not to expand ethanol consumption, but to increase energy independence and security,” Johnson Koch said. “Destabilizing critical energy infrastructure to force more ethanol into the market does not promote the statutory goals of the Energy Independence and Security Act and the Energy Policy Act.”