Amidst trade turmoil, here’s a growing US export market

With new tariffs and rising trade tensions around the globe, one relatively new market may be growing at just the right time, thanks to U.S. market development efforts and a Free Trade Agreement. At least that was one of the key messages coming out of Colombia last week.

"It’s a very balanced trade relationship,” based on a “very successful trade agreement, implemented in 2012,” said Ken Isley, administrator of USDA’s Foreign Agricultural Service. Last year, the U.S. exported $2.5 billion in ag products to the Latin American country, which exported about $2.6 billion in ag products back to the U.S. Top Colombian exports include coffee, cut flowers and bananas. Leading the list of U.S. agricultural exports: corn, soybean meal, soybeans, wheat and pork and pork products. While still small, Colombia was number 12 on the list of largest U.S. ag export markets in 2017. 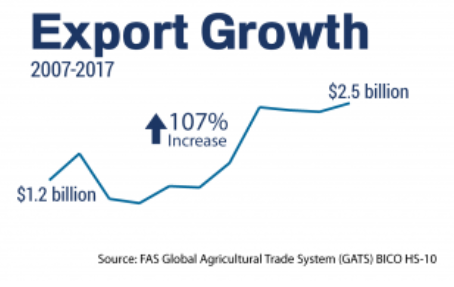 Isley was in Cartagena last week for the annual Americas Agricultural Buyers conference, where over 130 people from across the Americas and Mexico gathered, including the full 15-member United Soybean Export Council (USSEC) board.

“We see it as a market that’s only going to continue to grow” with a new administration, a growing economy, and improved personal security, Isley said. He expects expansion in the number of FAS offices – currently at 23 - and personnel across the Americas and Mexico, Cooperators also plan to continue investing in market development activities.

“From helping to establish the swine and poultry sectors to helping implement the US-Colombia FTA, we have collaborated with our Colombian partnerships for decades.  As a result, we have seen U.S. soybean meal market share go from the low teens to the mid 70’s, where it is now,” Roepke added.

“Today, Colombia represents the third largest market for U.S. soybean meal and events like this are designed to elevate the market into the stratosphere,” he said.

US ag exports are growing, but China deal isn’t a panacea
China opens its growing market to US pet food
US not alone in trying to capture growing Chinese beef market

Currently, the U.S.-Colombian trade relationship fosters approximately $600 million in U.S. soybean exports as well as an estimated $730 million for corn annually. This base, will provide a successful foundation to negotiate and increase trade moving forward, noted several meeting participants.

Biofuel imports could also expand. Colombia recently increased their biofuel blend mandate to 10 percent for most of the country, according to FAS. In May 2017 the Colombian government lifted all restrictions on fuel ethanol imports as long as the imports comply with quality and carbon footprint standards, required to achieve its climate change commitments.

Juan Guillermo Jaramillo, a buyer for Solla, a feed production company, told attendees how his business has been sourcing, and will continue to source, corn and soybeans from the U.S.

“Colombia cannot buy in the South because the tariffs are so high,” Jaramillo said. “So, the free trade agreements have helped a lot for international programs and will continue.” 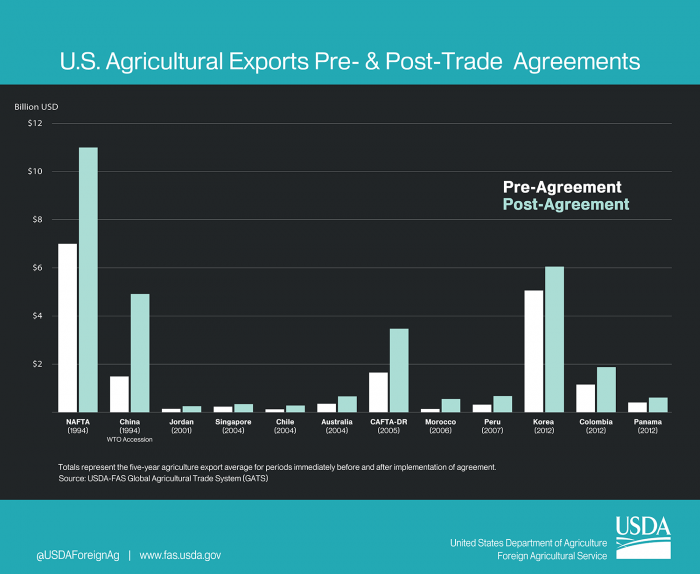