Sentiment is growing for the Environmental Protection Agency to establish some type of cutoff for use of dicamba next year, when the agency makes it decision on whether to allow use of the controversial herbicide in 2019.

Both the national group representing pesticide applicators and the Illinois Fertilizer & Chemical Association (IFCA) recently spoke up in favor of limiting application of dicamba products “over the top,” or after soybeans have been planted. This was after Beck’s Hybrids surprised the industry in late July by urging EPA to allow dicamba to be used only in pre-plant applications, citing continued reports of dicamba drift this year, just as there were last year.

The American Association of Pest Control Officials (AAPCO) urged the agency in a letter sent late last month to establish “an early season cutoff date” beyond which dicamba could not be used, while still giving the states flexibility to set their own cutoff dates. IFCA, in its own letter, recommended that EPA not allow use beyond the V6 growth stage for soybeans but also establish a firm cutoff date of June 30.

“States may need some flexibility in setting a cutoff date depending on their geography and soybean planting dates, but not going much beyond the summer solstice can be a reasonable guideline,” IFCA President Jean Payne said in her letter to EPA.

Dicamba formulations produced by Bayer (Xtendimax) and BASF (Engenia) are designed for use with genetically engineered RoundupReady 2 Xtend soybeans and Bollgard 3 XtendFlex cotton. While effective in controlling weeds, the products also have been blamed – last year and this year – for damage to non-GMO soybeans and other plants, such as fruit trees and ornamentals.

EPA must decide by Nov. 9, when the two-year registrations for Xtendimax and Engenia expire, whether to cancel them or impose more conditions on their use. Last October, EPA and the registrants agreed on changes to the label that would, the agency and the companies hoped, reduce the number of drift damage complaints this season.

Comprehensive data are not available on the number of complaints filed with state agencies responsible for pesticide enforcement, but it’s safe to say that while some states have seen an improvement, others have not.

For example, in Illinois, complaints have risen from about 350 in 2017 to more than 450 this year, with the vast majority of those related to damage in non-GMO soybeans.

The numbers also have been significant in Indiana. The Office of the Indiana State Chemist (OISC), in a letter to EPA, said that drift complaints in 2017 totalled 287; in 2018, the number as of the end of August was 257. About half of all the complaints have been about dicamba.

Pointing to the similar numbers of complaints in each of the past two years, OISC said, “Needless to say, the mandatory training was not successful in reducing drift complaints.” Training was required as part of the new label for the products issued last October.

The idea of cutoff dates has “resonated with more people” this year, Jeff Gunsolus, a professor at the University of Minnesota and an extension weed scientist, told Agri-Pulse. 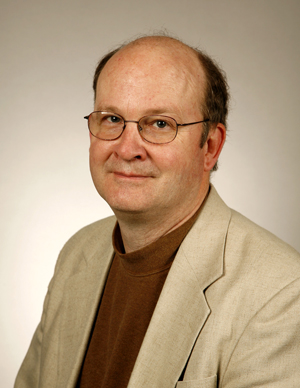 Minnesota adopted a label for dicamba use this season that set a June 20 cutoff date for the state and also prohibited use of dicamba when the temperature exceeds 85 degrees.

The restrictions were “very successful,” Gunsolus said, citing a drop in dicamba-related complaints from 250 in 2017 to 51 so far this year, with the growing season basically over. (He conceded that part of the reason for the lower numbers likely was because of heavy rains in parts of the state, leaving fewer field days to apply dicamba.)

Gunsolus, like IFCA’s Payne, says dicamba is more effective for early-season weed control and really shouldn’t be used late in the season, both because sensitive crops near those applications could be in their reproductive stages and because weeds can get too tall for herbicides to work on them.

Late in the growing season, dicamba is “not as effective, and you’re picking up more risk from off-target movement,” he said.

IFCA recommended to EPA that it require applicators, before they spray, to obtain from growers a signed document “identifying the trait of any soybean crop planted adjacent to the field (next to, but not necessarily touching) on any side of the field intended for postemergence application.”

“Applicators apply products to soybean, they do not plant soybean; therefore it has been very difficult for applicators to determine the location of sensitive soybeans in the very hectic application season – we need the grower’s assistance in this effort,” Payne said in her letter.

Speaking to Agri-Pulse, Payne said IFCA was trying to come up with a “stewardship approach” that would allow continued use of dicamba while protecting sensitive, or non-GMO, soybeans.

The question of when EPA will have a decision continues to remain unanswered. The agency reiterated Tuesday, in a statement attributed to an EPA spokesperson, that it “will use all available evidence when evaluating registrations for over-the-top use of dicamba. Our goal is to make a decision in time for growers to make informed seed purchase decisions for the next planting season.”

“I really thought they’d have a decision by now,” said Tony Cofer, an Alabama pesticide regulator and president of AAPCO. He said AAPCO has continually reminded EPA of the need for a decision. It also recommended that the products be given one-year conditional registrations, allowing label changes to be made "as additional information becomes available."

And Payne said, “We have to have a decision by the end of September,” noting that just as farmers need time to determine which seeds they plan to buy, pesticide retailers need to know which pesticides to stock.

Bayer, for its part, said it expects EPA to make a “timely, science-based decision” in time for sales and grower purchasing decisions next year. “Farmers are sharing that they need new technologies like Roundup Ready 2 Xtend soybeans, XtendFlex cotton and XtendiMax with VaporGrip Technology to fight weeds on their fields, and this combination of technologies delivers results,” said Ryan Rubischko, the company’s North America dicamba portfolio lead, in a statement.

“Our customers tell us they’re seeing some of the cleanest fields in years and that they’ve had successful on-target applications of XtendiMax over broad acreage,” and “EPA has publicly shared that they are aware of grower need for new low-volatility dicamba technology,” Rubischko said.